Charles Leclerc secured his sixth pole position of the season after coming out on top in a hard fought qualifying session for this weekend's Azerbaijan Grand Prix in Baku - somewhat against his own expectations.

Just as had been the case in practice, Saturday continued to be a closely fought battle between Leclerc and his Red Bull rivals Sergio Perez and Max Verstappen.

Verstappen was quickest in the first round of qualifying, and Perez was on top in Q2. Leclerc's team mate Carlos Sainz then set the pace at the start of the final top ten pole shoot-out, leaving Leclerc looking on the back foot.

But a mistake by Sainz at the start of his final run opened the door for Leclerc to put in a series of purple sectors, and his final time of 1:41.359s was 0.282s seconds quicker than Perez could manage with Verstappen in third ahead of Sainz.

Talking to the media in parc ferme after the end of the session, the Monegasque admitted that he had started to think that winning pole might be out of his reach this weekend.

"It feels good," Leclerc told former F1 driver Johnny Herbert. "Obviously all pole positions feel good, but this one I probably did not expect, because I thought Red Bull were stronger, especially in Q1 and Q2.

"I really struggled to see that we we were faster," he continued. "But then in the last lap, everything came together, and again, I managed to do a good lap, so extremely happy." 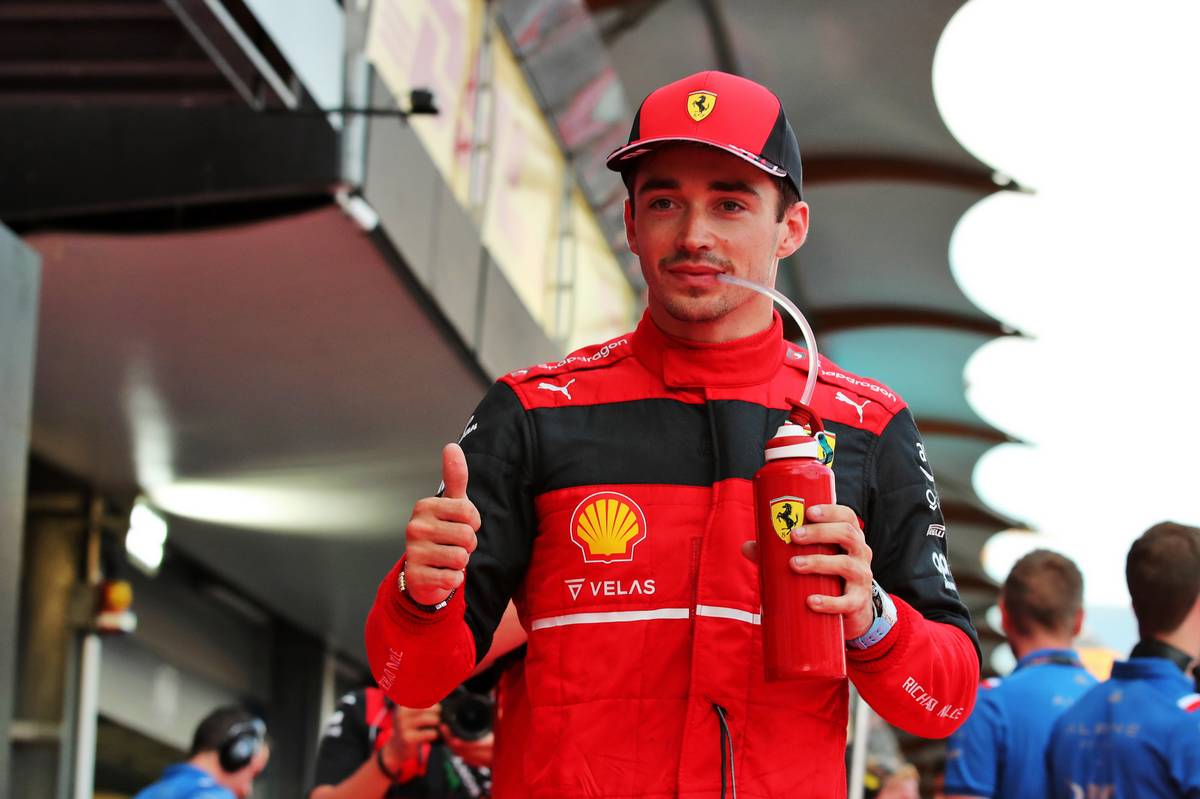 Even though he's started on pole five times so far this season, Leclerc has only won twice in Bahrain and Australia, with Red Bull looking stronger in race pace and strategy.

But Leclerc hopes to turn the tables on Perez and Verstappen this time and secure a much-needed win to reinvigorate his title campaign after losing the lead in the championship standings to Verstappen in Monaco.

An updated rear wing has cut the F1-75's deficit to the Red Bull in terms of straight line speed and has also helped reduce the tyre degradation that has been a factor in recent races.

"Tyre management is a big thing here. In Barcelona and Monaco, I think we were managing it well, even though Monaco it was difficult to see anything.

"Overall our race pace has [taken] a step up since we brought the upgrade so tomorrow will be very interesting [to see] whether it will be the case here too.