Although it had been a close-fought, cat-and-mouse battle throughout qualifying between the drivers, Leclerc's final push was enough to see him go clear by a surprisingly large margin of 0.282s.

Earlier, Aston Martin's Lance Stroll triggered the first red flag of the weekend when he went into the barriers toward the end of Q1. McLaren also had a disappointing session with neither Lando Norris nor Daniel Ricciardo making it through to the final round.

The start of qualifying had been delayed by 15 minutes as a knock-on result of the earlier delay to final practice. That session had been topped by Sergio Perez from Charles Leclerc, as Red Bull and Ferrari continued their push-pull tug-of-war for supremacy on this weekend's timesheets. As the track finally went green for the start of Q1 it was clearly still far too close to call between the teams as to who would end up on pole position for Sunday's Azerbaijan Grand Prix. 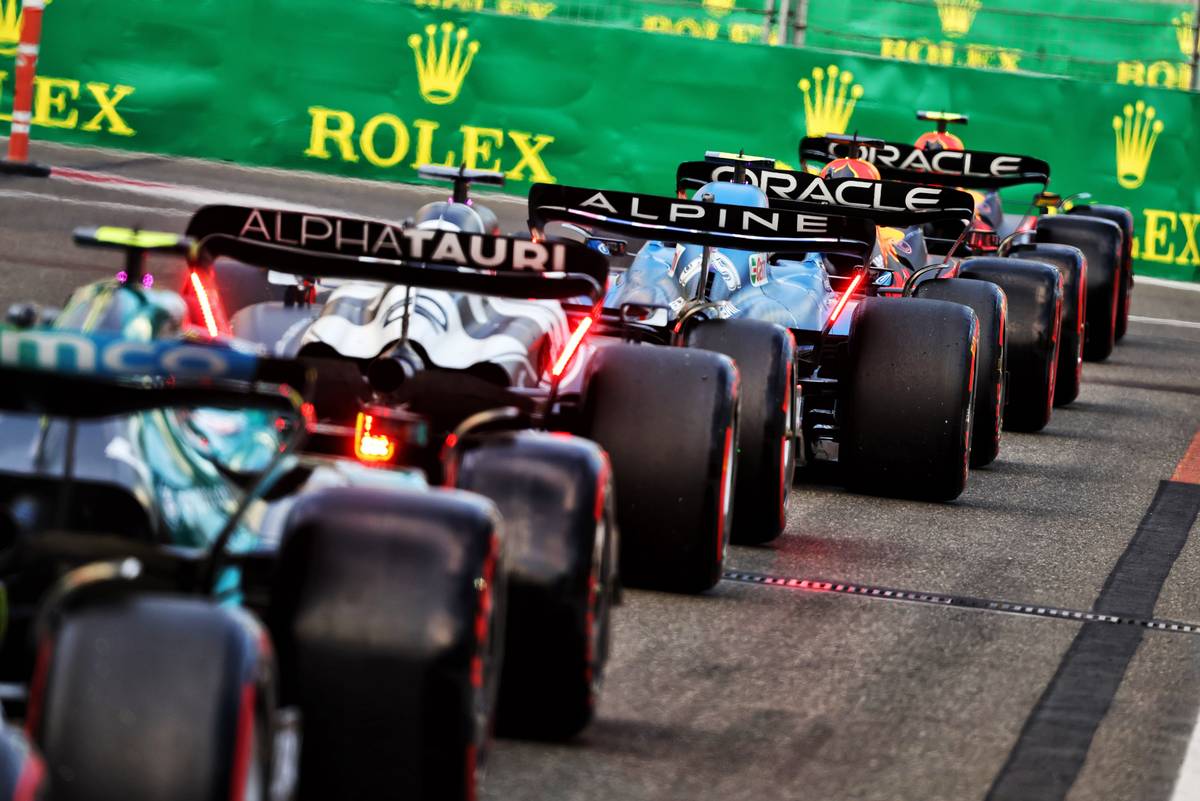 Baku was still bathed in warm early evening sunshine as a long line of cars queued up ready to make an early start to proceedings, with the McLarens of Lando Norris and Daniel Ricciardo at the front and everyone starting on sets of the soft compound tyres as they meant to go on. "It's going to be a lot of traffic," observed Lewis Hamilton, who added that the brake pedal on his Mercedes was very soft. Missing from the initial flurry of activity were the Ferrari and Alfa Romeo drivers, as well as Williams' Alex Albon.

Max Verstappen took early charge of the session with a time of 1:42.938s putting him 0.260s ahead of Perez, with Leclerc then subsequently opening his own account in third followed by Carlos Sainz. The two Mercedes backed off on their first lap after finding the field held up by Verstappen on his cool-down lap; while Hamilton then pitted from P13 to sort out his brake pedal, George Russell's next attempt was good enough to put him ahead of Sainz in fourth.

Leclerc slipped in front of Verstappen with his second run and Sainz similarly had the edge on Perez, with Alfa Romeo's Zhou Guanyu jumping into fifth ahead of Russell, Esteban Ocon, Pierre Gasly, Fernando Alonso and Lando Norris. But the Red Bulls weren't done yet, and Verstappen was able to go back to the front with 1:42.722s which was 0.011s quicker than Perez, before the pair headed back to pit lane with their work done for the opening round. 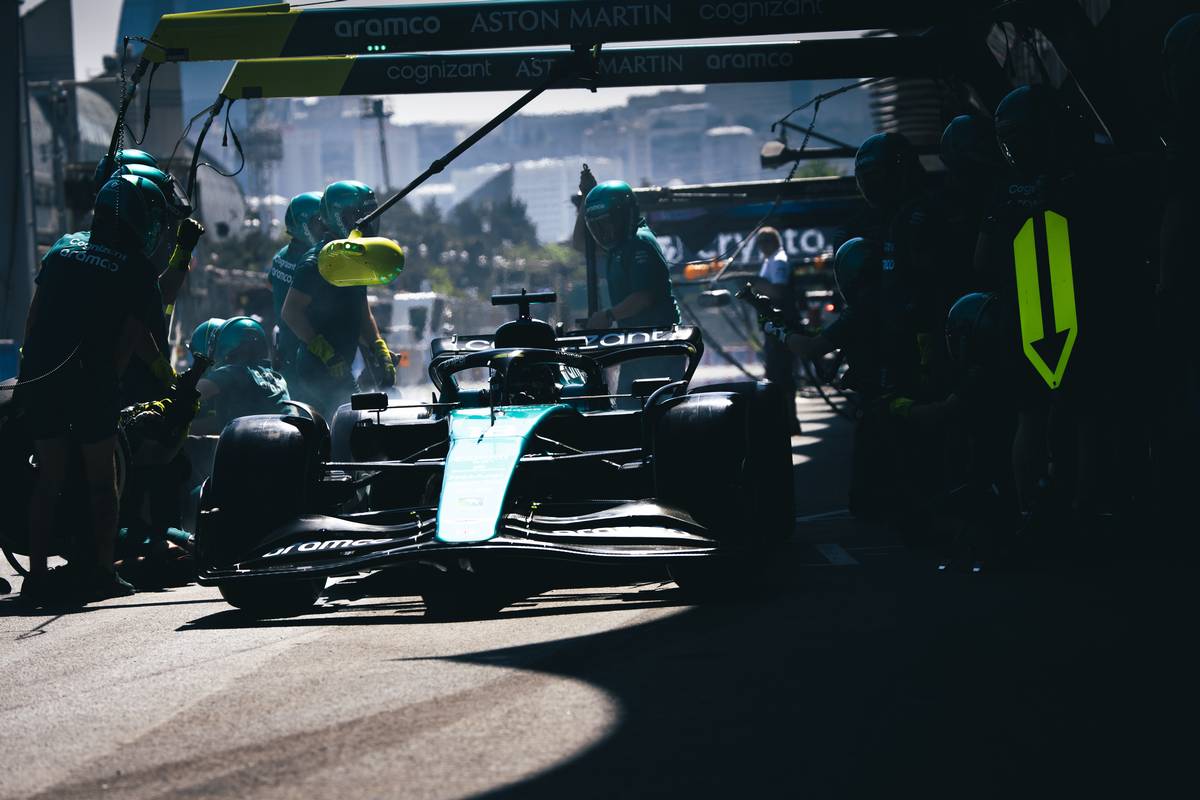 Hamilton was also now looking safe with a lap putting him into the top ten. However Lance Stroll was under pressure to fight his way out of the drop zone and the Aston Martin went into turn 7 too hot and stuck his nose into the barrier, in the process flat-spotting his tyres. He was able to get underway but there was insufficient time to pit for a new set. As a result he lacked grip and on the next lap promptly understeered into turn 2. This time it was a more crunching encounter with the barrier, one that signalled the end of his session and triggered the first red flag of the weekend with exactly two and a half minutes remaining on the clock.

It gave those in the bottom five (bar Stroll of course) one last chance to try and escape elimination. Williams' Albon and Nicholas Latifi, Alfa Romeo's Valtteri Bottas, and Mick Schumacher in the Haas all had to scramble, with Kevin Magnussen on the bubble as their first target to aim for. Those at the top of the timings wisely stayed out of this street fight and watched on from the garage, but Hamilton was anxious enough to be out there at the head of the line. Those further back were being told to 'push like hell' and overtake slow cars ahead where necessary on the outlap to make it across the line before the chequered flag.

In the end, everyone did make it - but some had already terminally compromised their runs and had no chance of improving. Alonso locked the rear of the Alpine and went straight on at turn 15, triggering yellow flags that compromised everyone running behind him. Of the rest, Yuki Tsunoda improved to sixth ahead of Russell, while Hamilton couldn't find any extra speed but was relieved to make it safely through in P11. Bottas was able to pull off a better time to scrape through into Q2 in 15th, consigning Magnussen to the sidelines alongside Albon, Latifi, Stroll and Schumacher. Albon was particularly unhappy with his elimination, blaming Alonso for missing out: "He needs to get penalised, this guy," he fumed over the team radio. "He was going slowly on purpose." 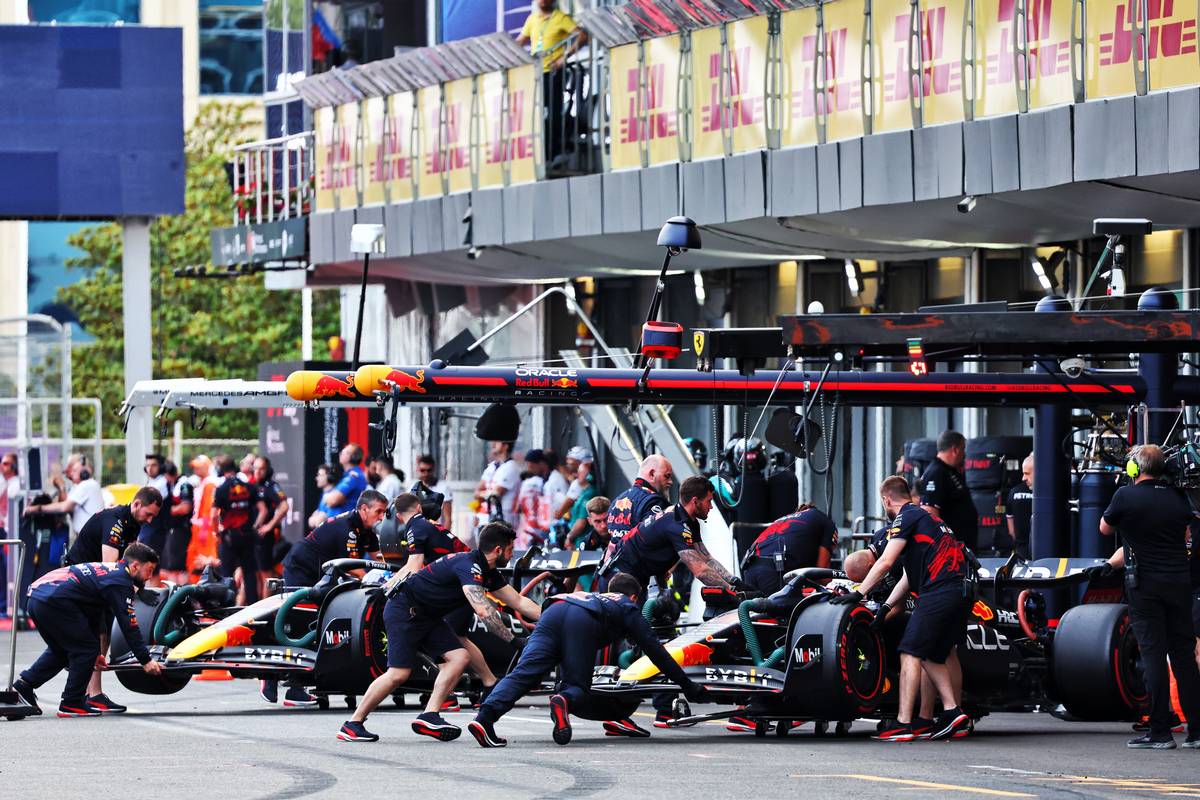 The remaining 15 drivers still in contention barely had time to draw breath before they were once again queueing at the end of pit lane for the start of the second round. Perez set the first time on the board with a lap of 1:42.258s but was then edged by Verstappen to the tune of 0.031s, the pair proving nine tenths quicker than Pierre Gasly who was best of the rest followed by Russell, Vettel and Alonso. The Ferraris had been late to the party, but once they did it was straight to the top with traditional Italian style: Sainz quickest with 1:42.088s, Leclerc behind by just under a tenth after hitting the kerbs in turn 16. A mere 0.170s covered the top four.

Vettel continued to push on a second lap, but then followed his Aston Martin team mate straight into the wall at turn 15. Fortunately he hadn't harmed the car and was able to get back to pit lane for a new set of tyres without triggering a second red flag, although his hopes of making it into the final round on his existing time were hanging by a thread.

Everyone was back out and pushing, and Perez was soon on top again with a time of 1:41.955s which was 0.091s quicker than Leclerc followed by Sainz, Verstappen and Gasly. At risk of missing the cut was Hamilton in 11th followed by Ocon and Ricciardo, with Zhou and Bottas slowest of those on track. Hamilton had been warned for driving too slowly and will be investigated by the stewards this evening, and he sounded utterly dejected as he told the Mercedes pit wall: "I don't know what you expect of me sometimes." However his final run benefitted from a slipstream tow from Russell and saw him safely through in sixth ahead of Vettel, Russell and Alonso.

As time ran out, Verstappen tapped the wall and decided discretion was the better part of valour as he headed back to the safety of pit lane. Tsunoda also locked up and touched the wall but had done enough to squeak into the top ten, while Norris ran wide trying to keep out of the way of faster cars approaching from behind and ended up pitting without improving his time. It left him in P11 ahead of Ricciardo, Ocon, Zhou and Bottas. 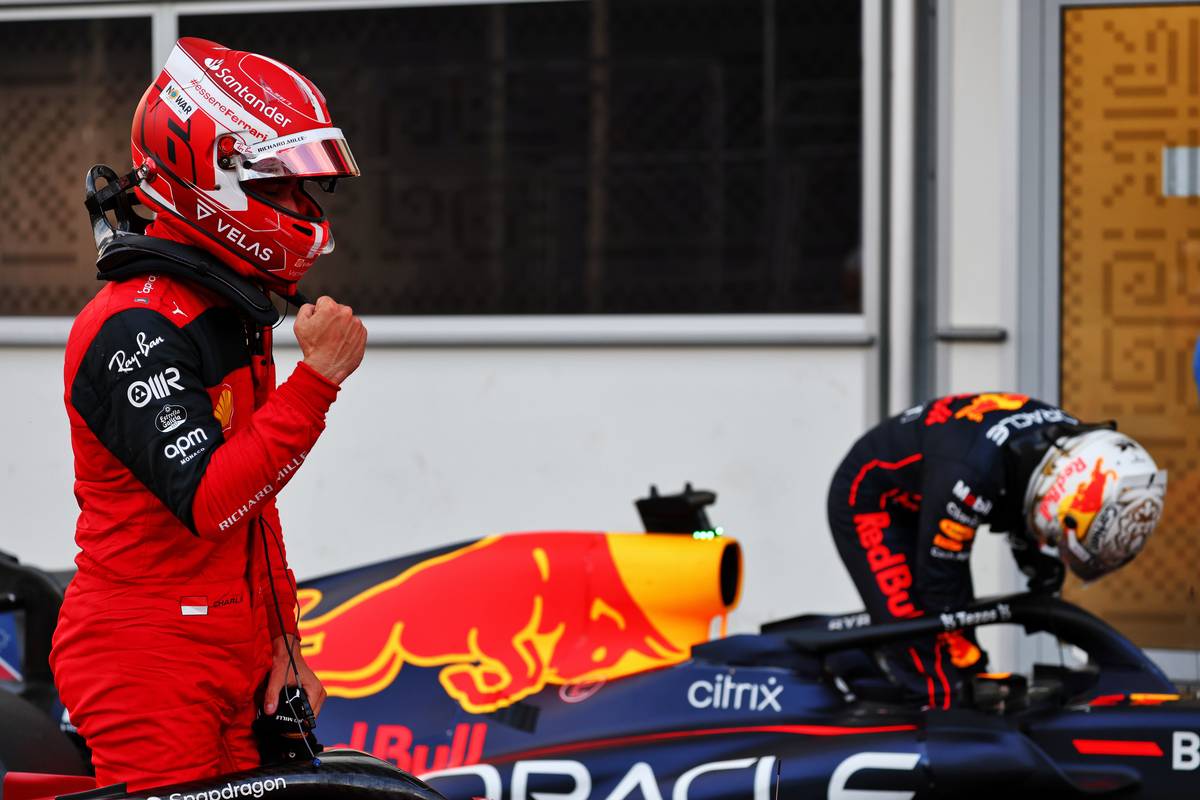 Q3: Leclerc flies to the top as Perez and Verstappen fail to match the Ferrari's pace

There was a good deal of game playing as the cars made their way out, weaving for position as they chased any aerodynamic advantage to be found from picking up a tow from the car immediately ahead. Sainz was fastest of all in the first runs with 1:41.814s, half a tenth ahead of Leclerc who had gone wide and had to save a lurid drift at one stage on his lap. Meanwhile Perez had clipped the wall at turn 5 and had to settle for third ahead of Verstappen followed by Gasly, Russell, Vettel, Hamilton, Alonso and Tsunoda.

With the track cooling off as the sun headed for the horizon, there was little time for drivers to pick up a final set of tyres and make their way back out for their last run of the day. Verstappen was startled to find out he was ahead on track and without Perez to help tow him, with the Red Bull pit wall telling him that the Mexican's car had "an issue" presumably as a result of his earlier tap on the wall.

Sainz came close to putting it into the wall himself as he began his final run, and it was enough to put him out of the running. He duly backed off as Leclerc then punched in a series of purple sectors to blast his way to the top with a phenomenal time of 1:41.359s, too hot for the Red Bulls to handle with Perez snatching second at the death from Verstappen, dropping Sainz to fourth ahead of an improved Russell. Gasly held on to sixth from Hamilton, with Tsunoda up to eighth ahead of Vettel and Alonso as the dust settled on the Baku City Circuit.