Lewis Hamilton qualified well off the pace in Baku but the Mercedes drivers says opportunity may come knocking in Sunday's race given the event's history of throwing up an upset.

The Mercedes driver clocked in P7, two spots behind teammate George Russell but 1.565s off Charles Leclerc's pole lap, a performance that signals that on merit it will be nearly impossible for either Hamilton or his teammate to finish higher than fifth.

But the incidents that have often marked past races in Baku offer the seven-time world champion a prospect of an upset.

"There is lots to look forward to, this is a tricky and kind of chaotic race, there's lots that can happen," Hamilton said after qualifying. "We're in the top ten.

"It was a really difficult qualifying session because we're constantly pushing. We have a very very small window where we can work this car and every thing we try doesn't give us what we want.

"We're making a lot of changes but we always come up with the same conclusions which is most often bouncing which loses us a lot of performance.

"All the performance is when you get the car low, so we said okay, let's just take a beating in our back and neck and get the car as low as possible to gain performance.

"It's bouncing a little bit more than the other car, but we're still there, we're just very slow on the straights, so there might be a struggle tomorrow in the race but we're going to give it everything and I hope maybe we'll have better race pace, who knows?" 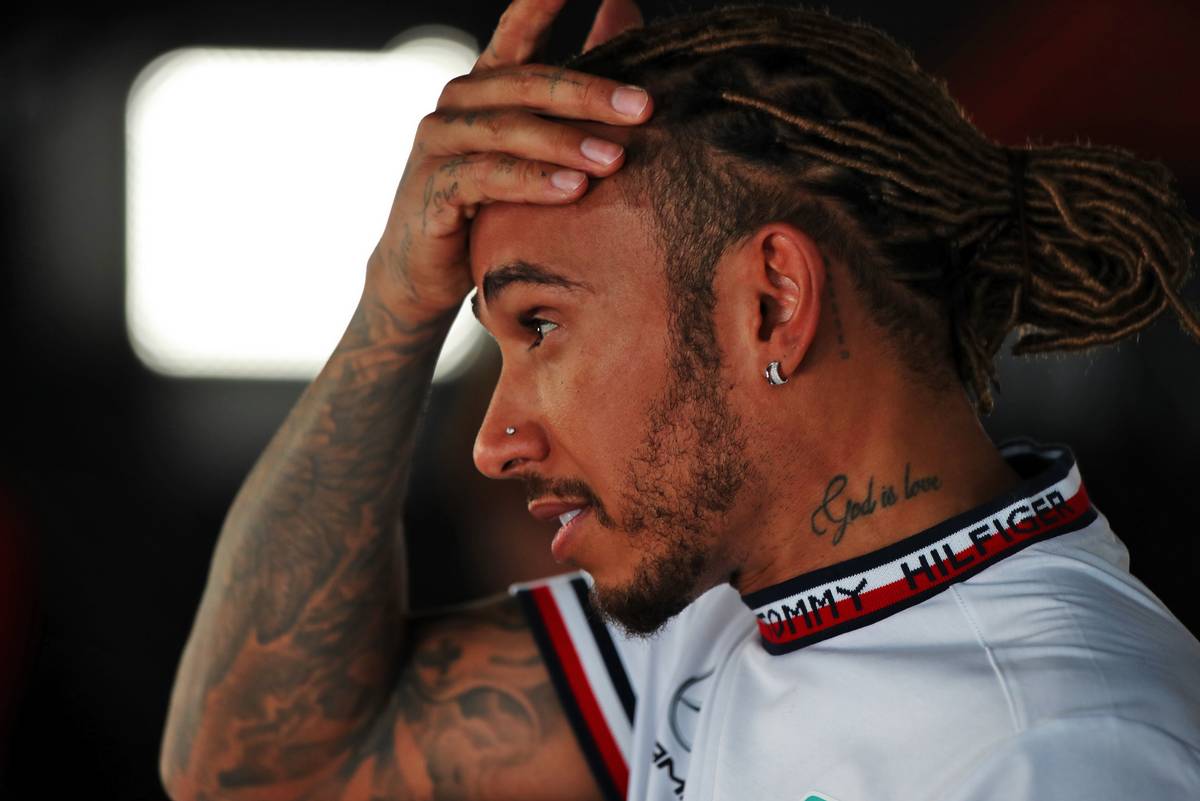 Hamilton's qualifying was marked by a moment in Q3 when he slowed on the track to encourage McLaren's Lando Russell to overtake him so he could benefit from the latter's tow.

But the stewards put Hamilton under investigation for driving too slowly, yet the Briton wasn't concerned.

"We're one of the slowest on the straight," he said. "So I needed a tow. The rule is you have to be within your delta time from the safety car one line to two line.
"I was within my delta. I slowed down and pulled offline, completely offline, to let other cars go. But they didn't want to go by.

"I don't think it's wrong. They had the choice to go by, they didn't. I was within my delta. So if I was below my delta I could understand, but I wasn't.

"I was also offline, it wasn't unsafe."

Ultimately, the Azerbaijan GP stewards agreed with the Mercedes driver and they did not impose a penalty on Hamilton.

McLaren's Norris who was part of the incident was also cleared of any wrongdoing by the officials.