Ex-F1 driver John Watson says Lewis Hamilton needs to get a grip and not act like a "pantomime dame" in the face of Mercedes' porpoising struggles.

However, contrary to the latter, Hamilton emerged from his cockpit battered and bruised, stricken by a back pain brought about by his car's incessant bouncing on Baku's bumpy track.

Although several drivers, led by Russell, have expressed their concerns over the long-term physical consequences of F1's porpoising cars, Watson was intrigued last weekend by the very different body language displayed by Mercedes' drivers at the end of the Azerbaijan GP.

"Lewis needs to be careful not to act like a pantomime dame," said Watson, a five-time Grand Prix winner, speaking to the Daily Mail.

"It is a very difficult car to drive but at 37 the bones are not as forgiving of an uncomfortable ride.

"This is a whole new world to Lewis. He has had seven or so years when Mercedes have been dominant and it’s perhaps like a seven-year itch.

"Lewis maybe needs to recalibrate and spend less time in the air and more in the gym." 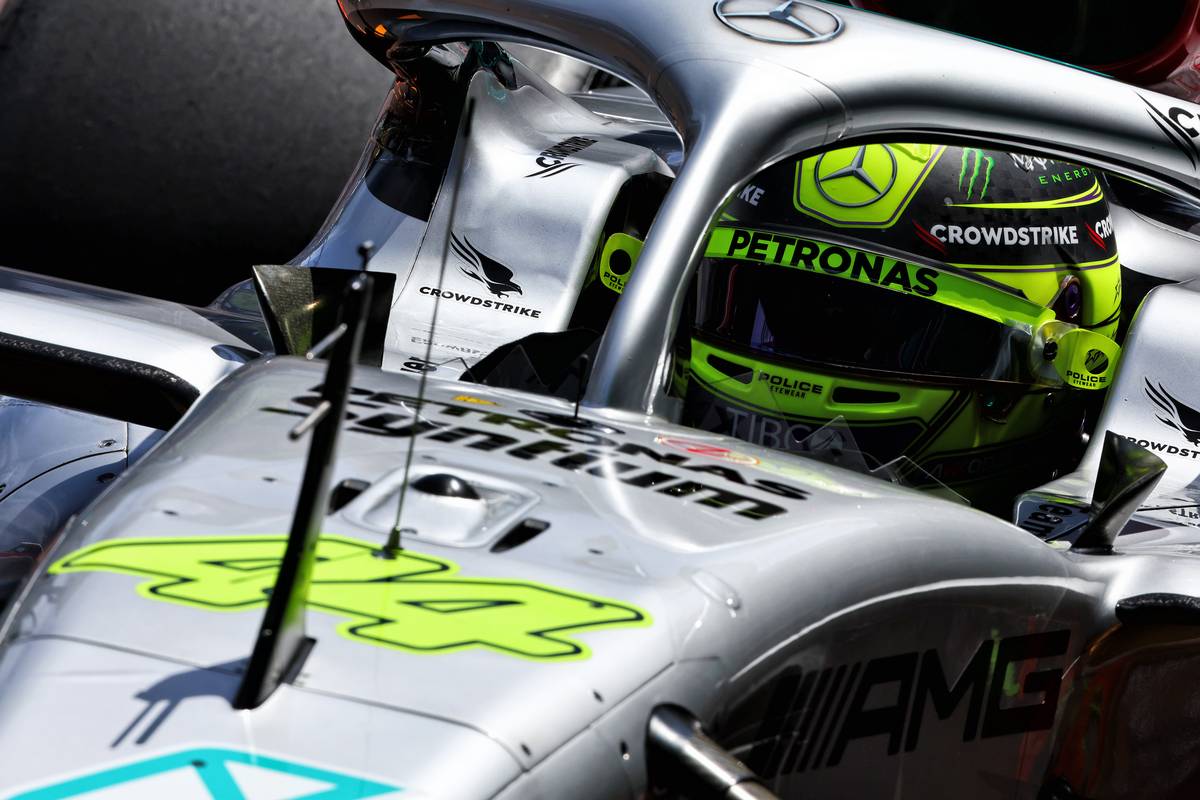 Although few would deny the physical ordeal produced by F1's bouncing cars, another former F1 racer also noted how Russell appears to be coping better with the problem – both physically and on the track – than Hamilton.

But Ralf Schumacher suggests that Hamilton's woes may be linked to the seven-time world champion's posture and seating position in his W13 silver arrow.

"Russell was in the same car and George looked fresh to me after the race," Schumacher wrote in his column for Sky Germany.

"Lewis should first see [that Russell] is faster than [him]. I’m sorry for Lewis that he has a backache, but other teams are tackling the problem as well.

"I don’t know if Lewis sits more upright in the car and therefore feels the blows to his back more. But if he is sitting more upright, the load on his lumbar spine would be much higher and would explain his pain."