F1 chief executive Stefano Domenicali has revealed that the city of Nice on the French Riviera has put together an "amazing project" to host the French Grand Prix.

Speaking to a reporter for French daily L'Equipe, Domenicali alluded to the future of France's F1 event which currently resides at the Circuit Paul Ricard.

However, the historical home of the French GP has struggled in recent years to hold its own on the calendar as a popular destination for competitors and fans alike.

"Historically, France has been an important nation in motorsport," said Domenicali.

"You might not know this, but there is an amazing project with Nice, who wants a Grand Prix. It's great, as it proves that other destinations in your country are interested in F1.

"We are going to look at the applications and study them carefully. Other things could come very soon. All I can tell you is, by late July, you will know more about the future of your Grand Prix." 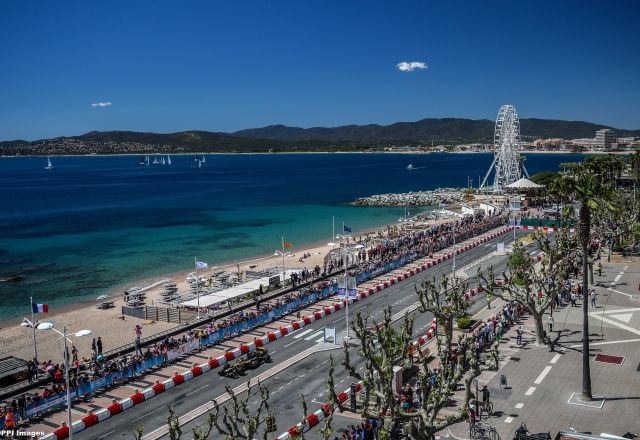 The city of Nice, located at a stone's throw from Monaco, would either offer its streets to a second race along the shores of the Mediterranean or perhaps replace the Principality on F1's calendar as the Automobile de Monaco has yet to secure its race's future beyond this season.

Domenicali, fresh from a trip to South Africa to discuss Kyalami's potential return as an F1 venue, perhaps as early as next year, says Formula 1 is hard at work building next year's calendar.

F1 has added Las Vegas to its 2023 schedule as a third race in America along with Austin and Miami, but three races – Monaco, France and Spa-Francorchamps – have yet to contract with F1 beyond this year.

The Italian also alluded once again to a principle of rotation being applied to F1's agenda from next season as the sport expands it territoriality.

"The calendar for next year is being prepared," he told L’Equipe. "Having 30 GPs wouldn't be reasonable. Our preferred option would be to keep 23 or 24 races.

"And to achieve this, based on the demand, we're going to work with the principle of rotation – not only for Europe but for other countries too.

"I'm back from South Africa, but we are a World Championship and Africa doesn't have a place [on the calendar] at the moment. It needs to change.

"Discussions are making progress and I think we'll have an answer soon. Having a race there while Lewis Hamilton is still racing would be formidable."