Lewis Hamilton had been hoping that a number of upgrades to the Mercedes W13 would allow him to take the opportunity presented by a wet qualifying session at Silverstone to secure a front row start for Sunday's British Grand Prix.

But in the end he was once again outpaced by the Ferrari and Red Bull drivers and ended up down in fifth place at the end of the session meaning he will line up on the third row of the grid alongside fellow Brit Lando Norris.

“I’m a little bit gutted," he admitted. "I was pushing so hard to fight for pole position today, and I think we could have been in the top three. I was gunning for second at least, and to end up fifth makes tomorrow tough.

“It makes it harder tomorrow but we have a good race car,” he told the media when asked about what he could do from P5 tomorrow. “I hope we are closer to race pace compared to the last race.

"In the rain, we were fighting for the front row, all the way until that second to last lap we were up there," he pointed out.

"We backed off to charge the battery and go into a racier mode for the final lap but that was just when the rain started to fall heavier and it cost us.

"I was so hopeful because we have this incredible crowd and we were in the fight. I was feeling great.

“We brought some parts to the car but it wasn’t necessarily a big, big upgrade," he continued. "We have a bunch of new aero furniture around the car and it has improved.

"But we still have bouncing in the high-speed corners which is where, particularly the Red Bull, is pulling away from us." 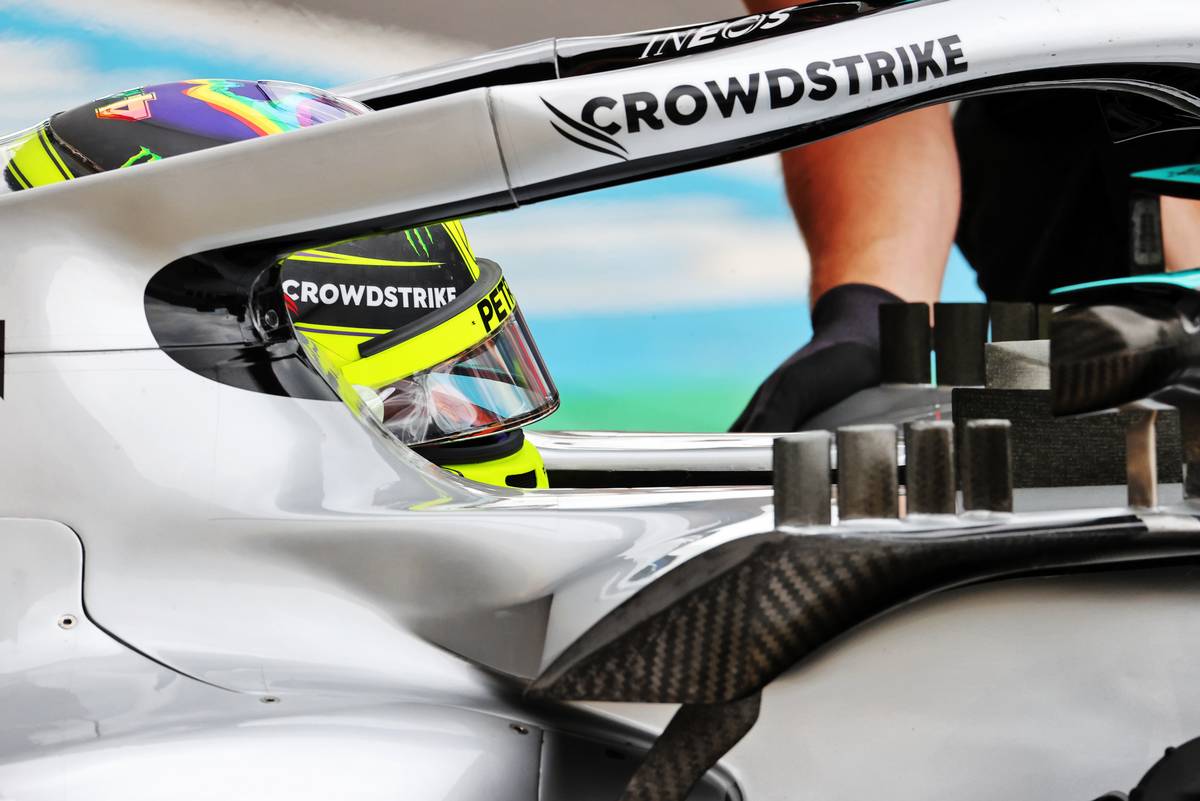 "I think in the dry we wouldn’t have been able to compete for a top three or anything like that, but I think in the rain we had a chance today," he told Sky Sports F1.

Despite the disappointment, Hamilton promised his legion of home fans that he would certainly give the race his all. “I will be aggressive tomorrow, don’t worry!

“It’s not the worst position to start. In previous races I would have been happy but this is the British Grand Prix and I was hopeful of more," he admitted.

“I will try to pull something special out tomorrow," he added. "I really appreciate the support here, the fans were amazing."

The fans were also cheering on Hamilton's team mate and compatriot George Russell, who had also been hoping for a better outcome today than P8 on the grid for the race. 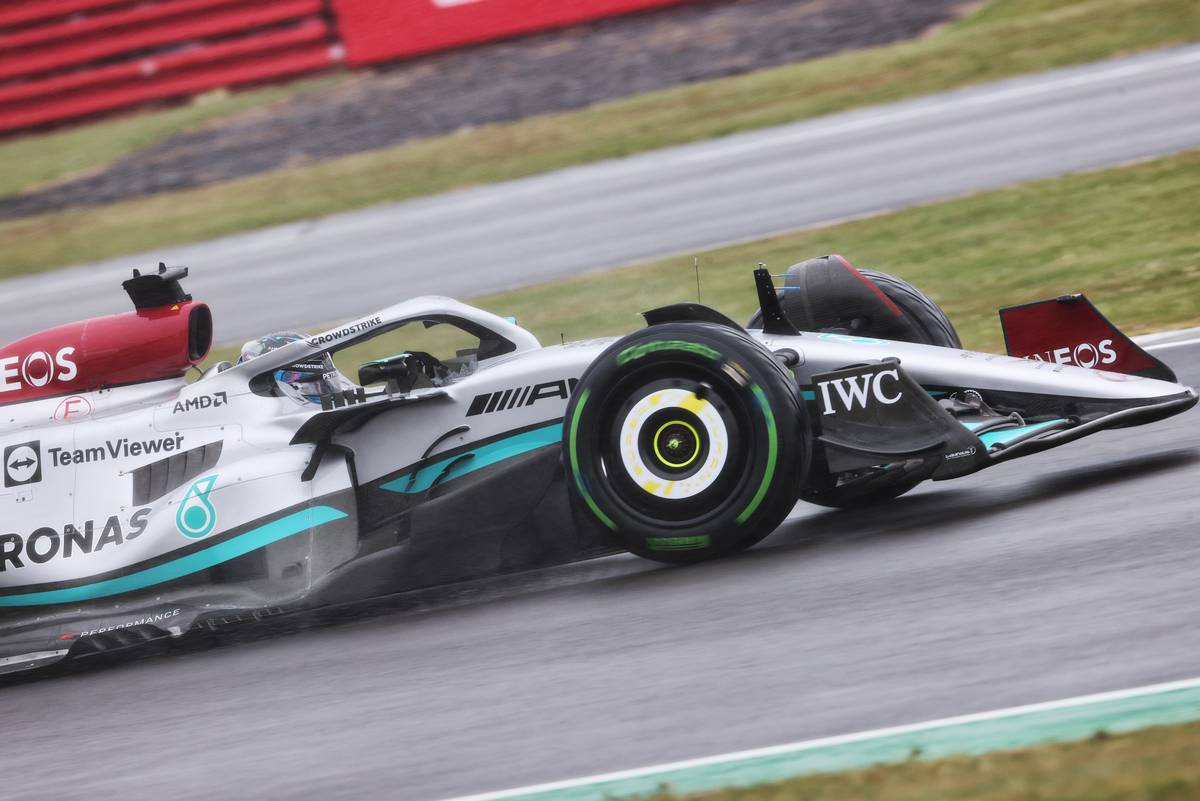 "In Q1 I was feeling really well in the car, very confident," he said. "But in Q2, it felt slightly worse, and then in Q3 I struggled for confidence in the car, made a mistake and it was tough to recover from there.

"It was tricky for everyone out there but I'm slightly disappointed we didn't have a better qualifying session," he admitted. "We didn't expect to fight for pole but more was possible.

"We know that we have a much faster race car than qualifying so let's see what we can do tomorrow.

"In the dry and in race pace, we feel we have a car than fight Red Bull and Ferrari so we'll be giving it everything tomorrow.

"Starting P8 puts us on the back foot, so we need to get through those midfield cars as quickly as possible."