Carlos Sainz admitted that he was surprised that his final lap in qualifying for the British Grand Prix in wet conditions at Silverstone had been good enough to clinch his maiden Formula 1 pole position.

The Ferrari driver's last push lap in Q3 clocked in at 1:40.983s, which was slower than his Red Bull rival Max Verstappen had managed in both of the earlier two rounds.

But the changeable conditions meant that this was still the quickest anybody was able to achieve in Q3, and was 0.072s quicker than Verstappen even though Sainz didn't think he'd done enough.

"It was a good lap, but I was struggling a lot with the standing water on the intermediate," he explained ot the media in parc ferme after the end of the session.

"There was a lot more standing water, even on the racing line, and it was very easy to get snaps and lose the lap," he said. "It was also more difficult to get temperature into this intermediate for this condition.

"In the end I put together a lap that I didn't think was that special, just to be on the board," he added. "And it was pole position, which came as a bit of a surprise!"

It's the first pole position that the 27-year-old Spaniard has achieved in 150 race starts going back to his F1 debut in Melbourne, Australia in 2015 when he made his ow with Toro Rosso. 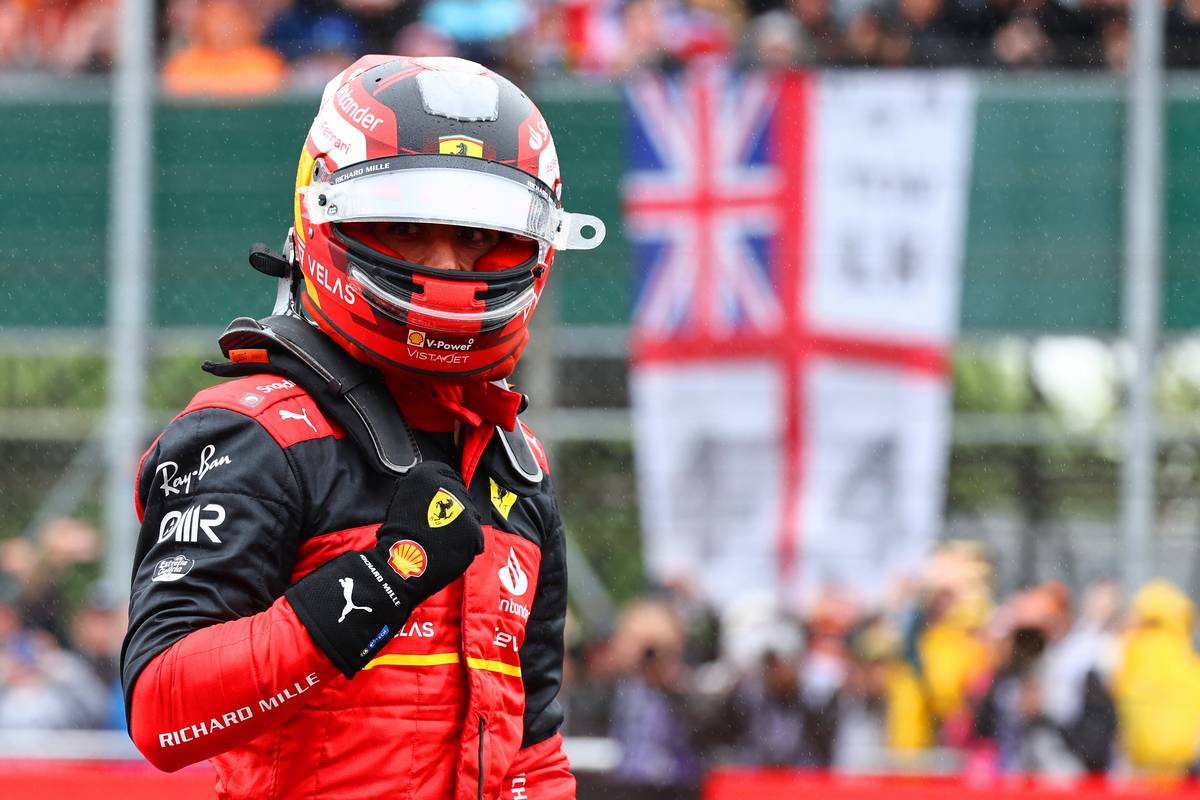 Previously his best grid position had been second place in this year's Monaco GP, having previously started from third in Miami. However he's still to claim his first race win despite five runners-up spots, three ofr them in 2022.

That's something he intends to put right tomorrow when thew forecast is for a dry race.

"I think so," he said when asked if victory was possible on Sunday. "I'm sure Max and Charles will put a lot of pressure on, but I will try my best of course.

"The pace has been there all weekend, except for FP3 where we had some issues that we that we think we have corrected for qualifying," he added. 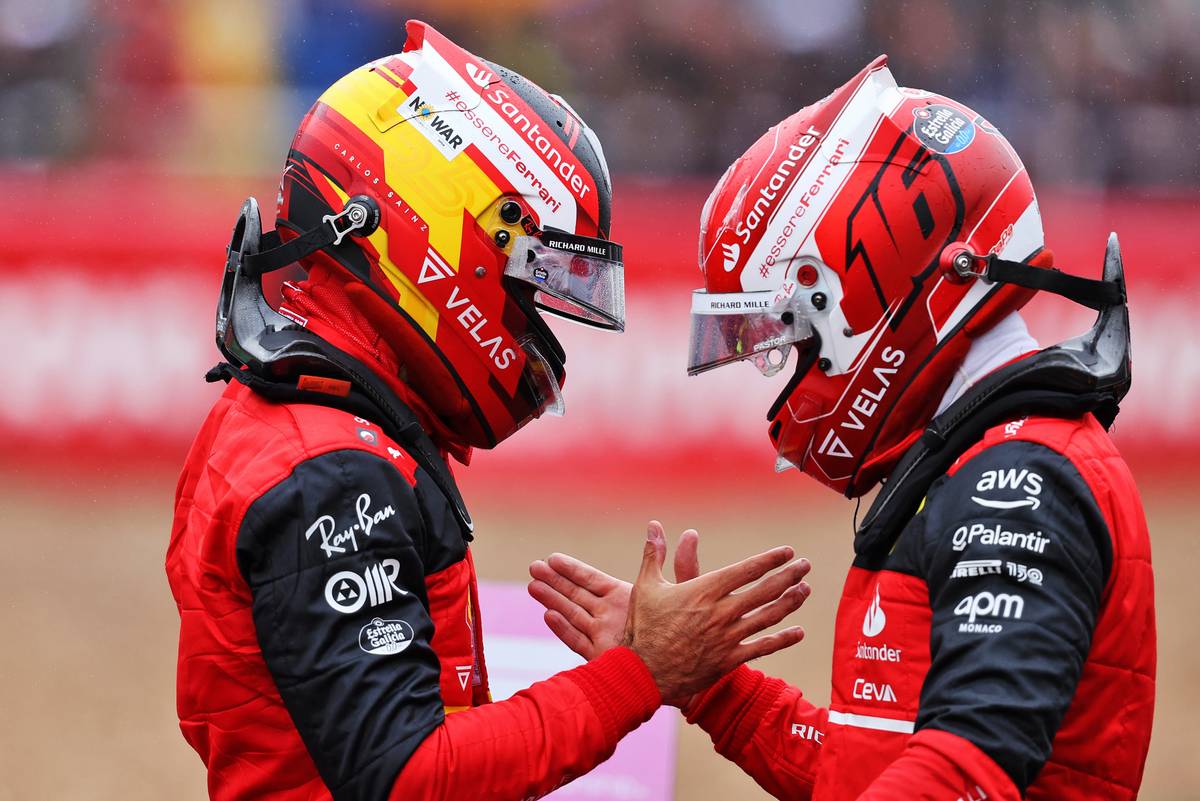 "But if I base myself on my FP2 pace then we should be in a good position to try and hold on to [the lead in the race]."

His team mate Charles Leclerc will start immediately behind him on the grid for tomorrow's race in third place. "Happy for Carlos, he did a great job today," said the Monegasque afterwards.

"I spun in that last lap, I knew it was the lap where I had to put everything together and I didn't as a driver, so I didn't deserve to be on pole but P3 is still a good position to start tomorrow's race."