Kevin Magnussen was smiling after he put his Haas into seventh place on the grid for tomorrow's sprint race in Austria - but even so, he felt it could have been even better had he not lost some crucial time on his final run.

Magnussen had been P6 in first practice and was consistently in the top ten throughout all three rounds of qualifying at the Red Bull Ring in Spielberg.

However Q3 was disrupted by two red flags for accidents involving both Mercedes drivers, which left all eight remaining drivers still in contention with very little time to make one final push.

"It’s funny, as I’m P7 and I’m not super happy [even though] that’s a very good position to be in," he said after the end of the Friday's session.

"I don’t even feel like we got the most out of it, it felt like there was a little more lap time in it.

“[But] it’s been a good Friday," he continued, determined to look on the bright side of how everything had turned out.

"We got the car on track for the first run in FP1 and it looked competitive. I was pretty confident going into qualifying and it’s been a strong day."

Magnussen will start the sprint one place ahead of his Haas team mate Mick Schumacher who also had a strong day, coming off the back of winning his first points in last week's British Grand Prix.

He admitted that he had been lucky to make it all the way through to the final top ten pole shoot-out round, however. 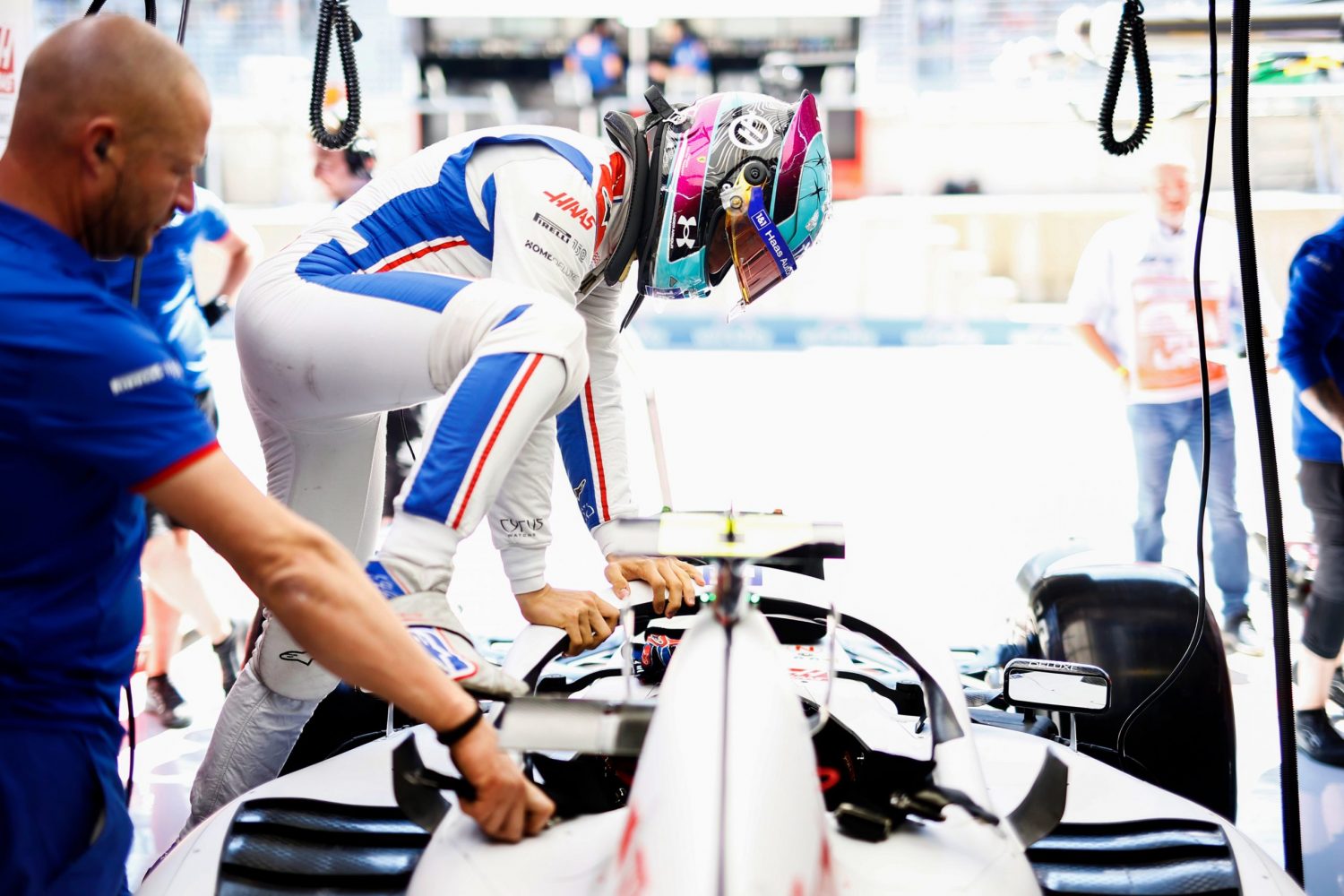 “We came quite close with that Q3 cut-off," said Schumacher. "We were lucky there as we didn’t quite maximize the lap.

"Otherwise it was ok but not the cleanest of sessions," he continued. "Trying to push the tyres to get them warmed up again is never great, you’re already taking some potential out of them. I think there was definitely more lap time in i

"If we hold position tomorrow, we have points. And if we move forward, we gain even more! So we’ll go for the more points option, hopefully.”

Haas team principal Guenther Steiner was certainly feeling very happy to get both his cars into the top ten on the sprint race grid.

“It was a very good day today," he said. "We started strong in FP1, everything was calm and we had no issues.

"Then we went into qualifying knowing that we can make it into Q3 on performance, and we executed it.

"It was a good job by the whole team and hopefully we can take it over to tomorrow’s sprint, keep on getting points, and continuing like last week!"

Perez drops to P13 for sprint after Q3 times deleted