The VSC was activated after the Alfa Romeo of Zhou Guanyu had stopped out on track on lap 46, with the race's neutralization allowing for the car's safe evacuation.

Once the track was cleared, race control alerted all teams that the VSC period would end within 10 to 15 seconds - a standard procedure required by the sporting rules.

But due to a systems glitch, the track did not immediately return to green conditions. There was a subsequent delay as race control's back-up system kicked in.

A second 'VSC ending' message was then sent to teams and the race resumed.

A statement from the FIA said: "A second VSC ending message was sent due to a hardware issue, which led to an automated switch to backup systems that worked exactly as they should in that scenario.

"The same information is supplied to all teams concurrently. The VSC ending countdown time to the green light being displayed on the trackside panels is always random." 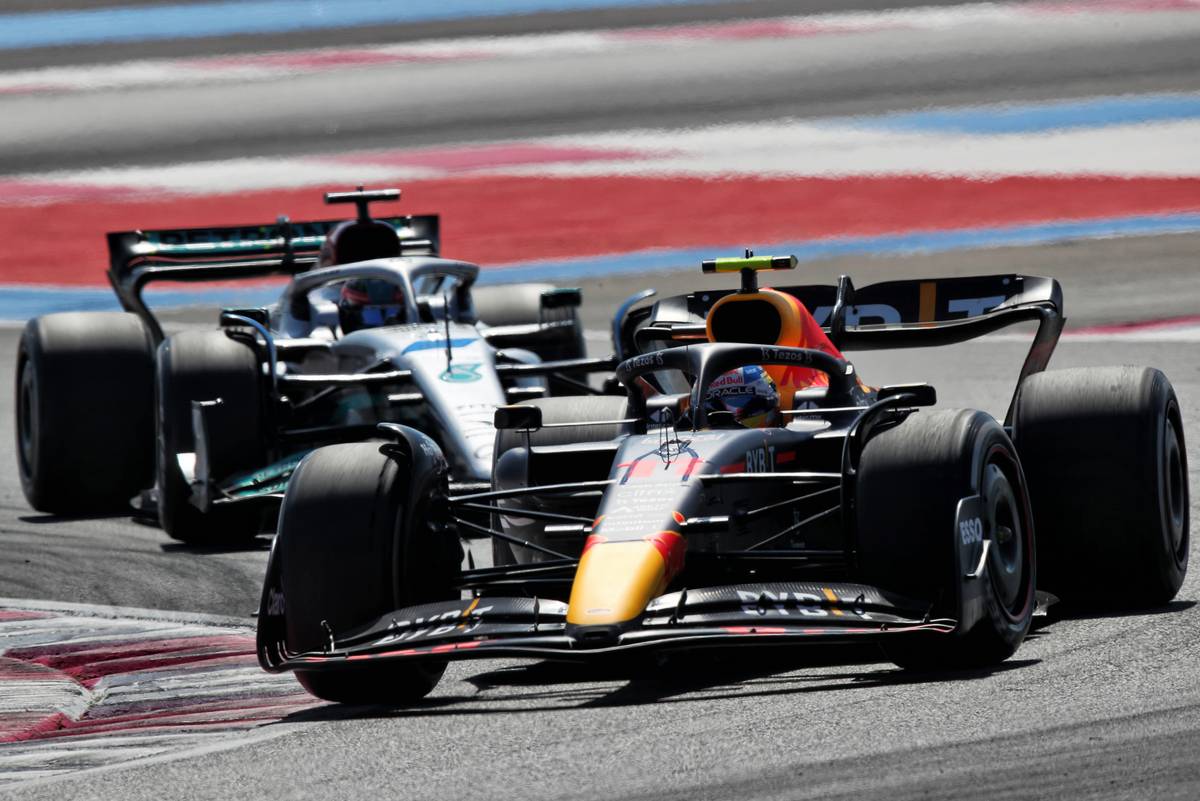 The short delay and confusion caught out Red Bull's Sergio Perez who had initially anticipated the first restart only to back off.

But when the race was relaunched, the Mexican was slow to react and was immediately overtaken by the Mercedes of George Russell with whom Perez had battled for position for several laps before the VSC.

Perez lost third place to Russell in the confusion.

"I mean it's a shame the virtual safety car interfered with the result, to be honest. It shouldn't be the case, but today it was the case," he lamented.

"It [the message of VSC ending] was totally wrong, there was something going on because it said it was going to end out of Turn 9 and it only ended out of Turn 12."