Charles Leclerc missed out on what would have been his eighth pole of the season after admitting that "something felt off" with his Ferrari during today's qualifying session at the Hungaroring.

Leclerc had finished Friday's sessions with the fastest time, and was second in this morning's largely irrelevant wet final practice.

But when it came to qualifying, he was only eighth quickest in Q1, although he moved up to second place again behind Max Verstappen in the second round.

It looked like his team mate Carlos Sainz had the edge in Q3 and Leclerc was set to take second place alongside him on the front row - until George Russell bested them both right at the end.

“Today has not been a great day,” said Leclerc, who is still rebuilding his confidence after crashing out while leading the French Grand Prix a week ago.

"I struggled to put a lap together." he admitted. “I’ve been struggling massively with the tyres and just had a lot of inconsistency to put the tyres in the right window with those conditions."

Right now he had no answer why things had changed overnight, but he said that the team would investigate what had happened before the start of tomorrow's race.

“The pace is there,” he insisted. “We just need to understand what went on with the tyres today and I’m pretty sure we can come back tomorrow.” 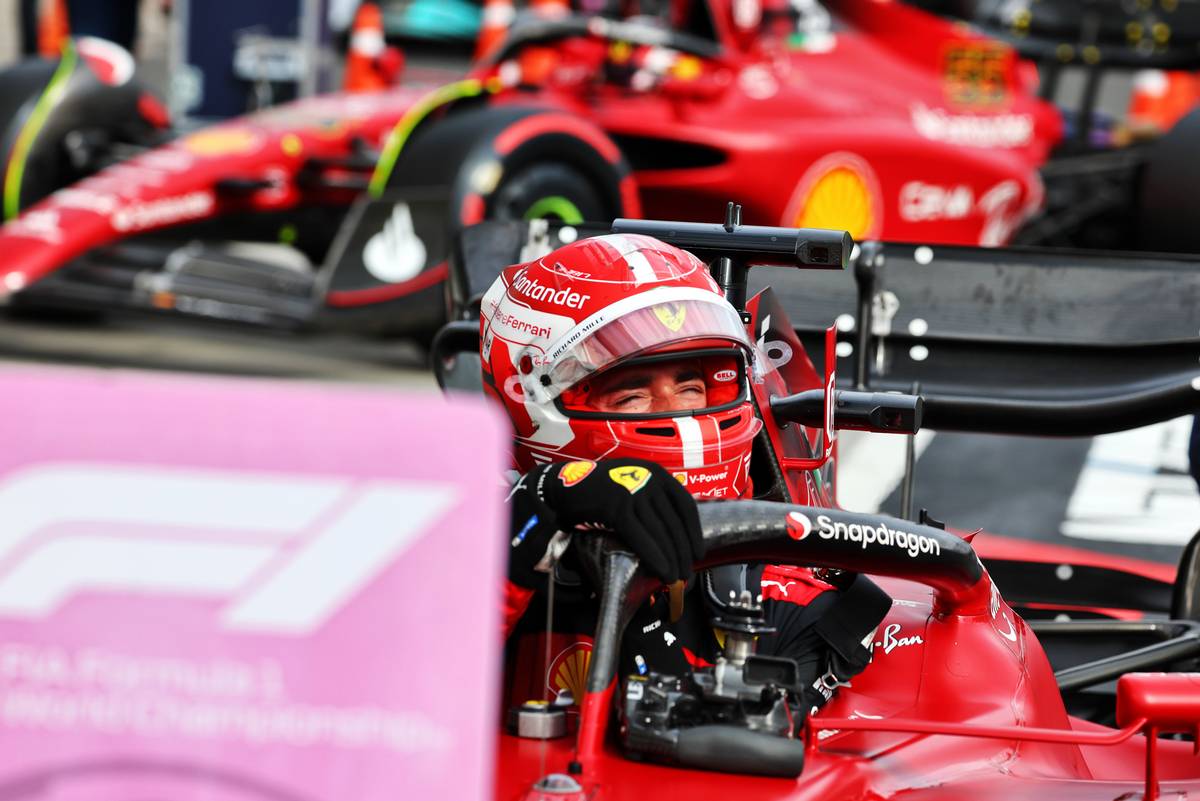 “We will look into it," he said. "But I’m pretty sure I’ve got the pace in the car to come back a bit more tomorrow, so we will focus on that and hopefully we will have a better Sunday."

After last week's disaster at Paul Ricard, Leclerc urgently needs success this weekend if he's to stay within touching distance of Max Verstappen in the drivers championship.

His Red Bull rival is now 63 points ahead after 12 of this year's 22 races. That means that even if Leclerc were to win every race from now until Abu Dhabi, Verstappen could still clinch the title just by finishing in second place each time.

But Leclerc's hopes of reviving his title campaign were given a boost today after Red Bull suffered its worst qualifying of the year.

Not only did Verstappen suffer a power unit issue at the end of qualifying that left him in tenth place on tomorrow's grid, his team mate Sergio Perez missed the cut at the end of Q2 after hitting traffic and will start right behind Verstappen in 11th.

Leclerc meanwhile has the support of Sainz in taking on Russell at the start of tomorrow's race, which is the final Grand Prix before the traditional summer break.

Verstappen fears 'a tough one' after hard luck qualifying in Hungary