McLaren's Lando Norris was delighted with fourth place in qualifying for the Hungarian Grand Prix, admitting afterwards that he hadn't been expecting to be that far up the grid - let alone ahead of both Red Bull drivers.

Norris had caused a stir when he finished Friday practice in second place between the two Ferraris of Charles Leclerc and Carlos Sainz, and had been trying to play down expectations for the weekend.

But the Briton continued his run of form into qualifying, where he was fifth in the first round and still holding on to sixth in Q2.

And with both Lewis Hamilton and Max Verstappen hitting technical issues in the final top ten pole shoot-out, Norris seized the opportunity to muscle his way onto the second row of the grid for tomorrow's race.

He'll start in P4 alongside Leclerc, while Sainz will be ahead of him - and his good friend George Russell will will on pole position for the first time.

"It's a very good day for us, but I'm a little bit disappointed because George takes some of my glory away!" he quipped.

“I’m very happy with the fourth. Probably wasn’t expecting it: to be ahead of two Red Bulls is never the expectation,” he told the media after the end of today's session. 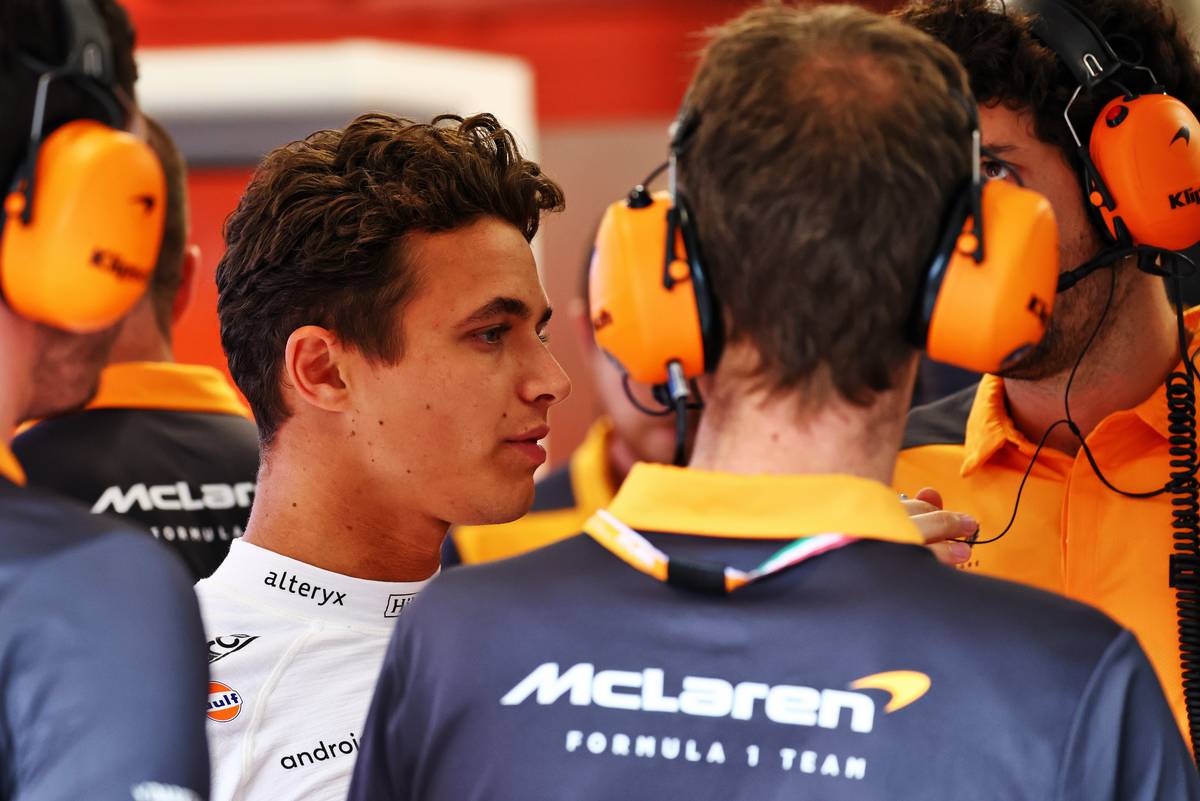 "I don’t think it could have been much better, position-wise," he acknowledged. "But I’ll take it! Very good job by the team, ahead of the guys we want to be ahead of.

"Great position for tomorrow, so we will go from there," he said. "I’m happy, felt like I did some good laps, put in the laps when I needed to, and I did a good job So, I’m very happy with a lot of things.

"Also to cut the gap to the Ferraris - two tenths off Charles - it’s not a lot knowing they have a much quicker car than us.

“I guess maybe I'm surprised with George being so quick," he continued. “But as soon as they went out in Q1 and they did their laps, they looked fast. They are where they should be now. A little bit surprised at the same time, but they did a good job.

"George drove well so congrats to him on pole position, his first one, now matching me!" he laughed. Norris claimed his own maiden pole in 2021 at the final Russian Grand Prix to be held in Sochi. 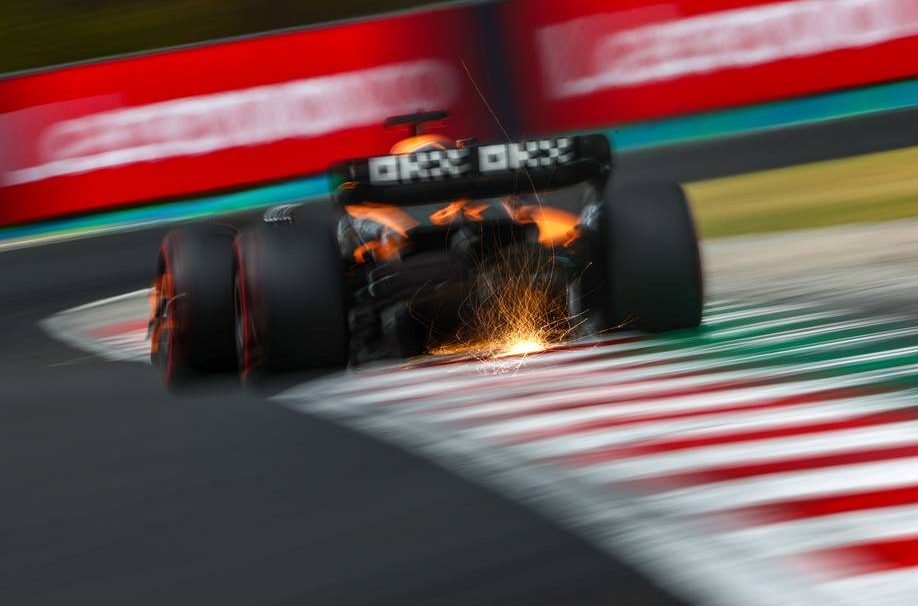 Asked if he felt he could be fighting Russell and the two Ferraris for victory tomorrow, Norris felt it was unlikely and pointed out that he faced a big threat from their arch-rivals in the constructors championship, with the two Alpine cars starting on the row behind.

"P4 as a position is very strong for us at a track where it is not easy to overtake, and I hope that's the case tomorrow.

"The main guys are the guys behind me, so as long as I stay ahead of them, then I’ll be happy with that," he said. "We can still have a good race. I can fight the guys ahead - might not have much of a chance, but we can give it a go!

Norris' team mate Daniel Ricciardo also made it through to Q3 today - the first time he's done so at the Hungaroring since 2017. He will start the race from ninth on the grid alongside Verstappen.

"We’ve been pretty quick this weekend, and that was confirmed by getting both cars into Q3. I went slower in Q3 though, so I’m not happy about that," said the Australian.

"We’ll look into it overnight and then focus on the race. Our pace on Friday looked encouraging so we’ll see what we can do and be pushing hard tomorrow.”