Carlos Sainz flew the colours for Ferrari by topping the times in second practice for the Italian Grand Prix with a best lap of 1:21.664s putting him 0.143s ahead of Red Bull's Max Verstappen.

Although he was third quickest, Charles Leclerc found the going slighter tougher and twice ran off at turn 1 while running a used set of softs toward the end of the session.

McLaren's Lando Norris pipped Mercedes' George Russell to fourth, while Haas' Mick Schumacher lost even more time after pulling off with a power unit issue half way through the session having already missed all of FP1. 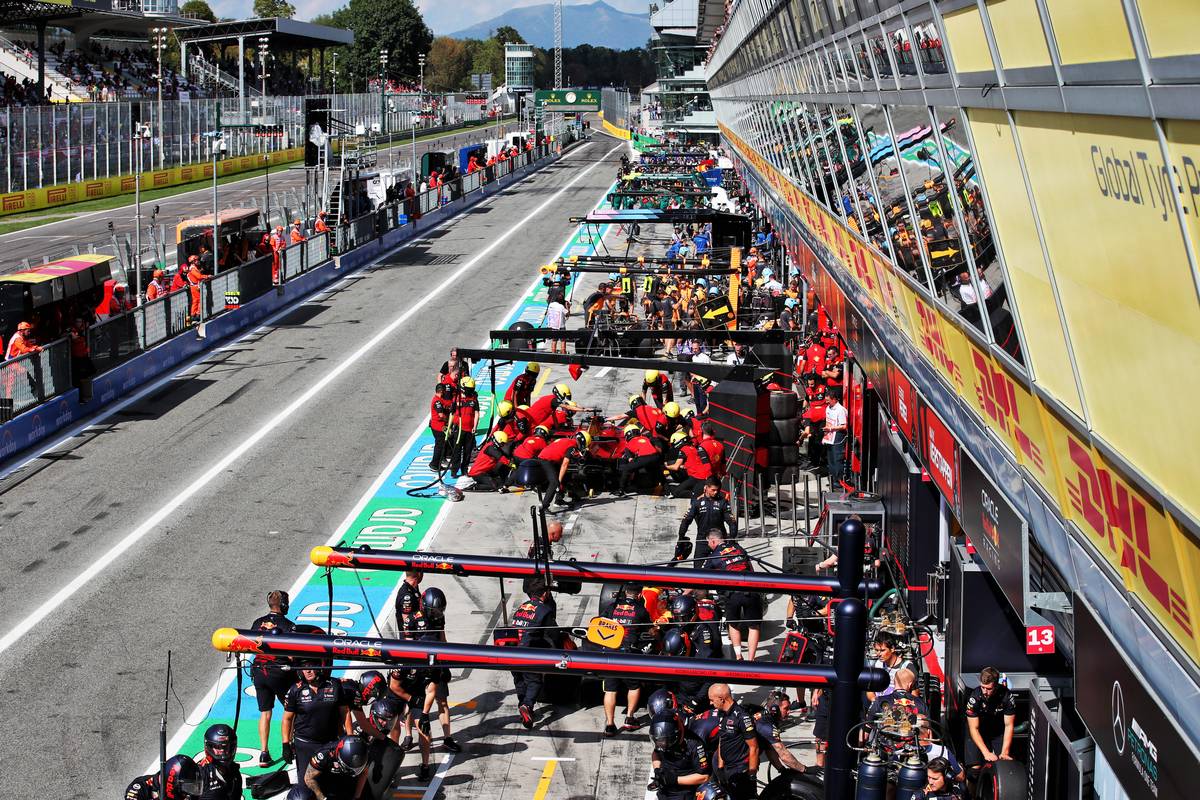 Carlos Sainz was the first man to head out on track once the green light was given to get Free Practice 2 underway at a bright and sunny Monza, with the air temperature now up to 27C. The Ferrari was starting on the medium compound tyre, as were most of the others joining him getting straight down to business, but a handful - Daniel Ricciardo, Esteban Ocon and Mick Schumacher - elected to use hards. For Schumacher it was his first taste of Monza for the weekend, having been stood down by Haas in favour of Antonio Giovinazzi in FP1.

It was Charles Leclerc who quickly picked up his earlier place at the top of the timesheets. A lap of 1:22.307s put him seven tenths ahead of Max Verstappen, with Sainz and Sergio Perez next quickest followed by Lewis Hamilton, Fernando Alonso, George Russell and Yuki Tsunoda after the first runs of the session. The only driver not to head out at the start was Valtteri Bottas, as Alfa Romeo continued to work on his car.

Verstappen pulled four thousandths of a second ahead of Leclerc with his next run clocking in at 1:22.303s, while Russell improved to go ahead of Alonso whose Alpine team mate Ocon had moved up to eighth with his latest effort. Moments later, Bottas finally got to join the party and was the only driver on soft tyres, allowing him to vault up to fourth place to tuck in behind the two Ferrari drivers.

Perez slightly improved on his time but was then pipped to fifth by Russell, as Tsunoda's latest put him into seventh ahead of Hamilton and the two Alpines. Perez swiftly responded with a renewed burst of speed to put him back into fourth, albeit still more than half a second behind his Red Bull colleague at the top of the times. 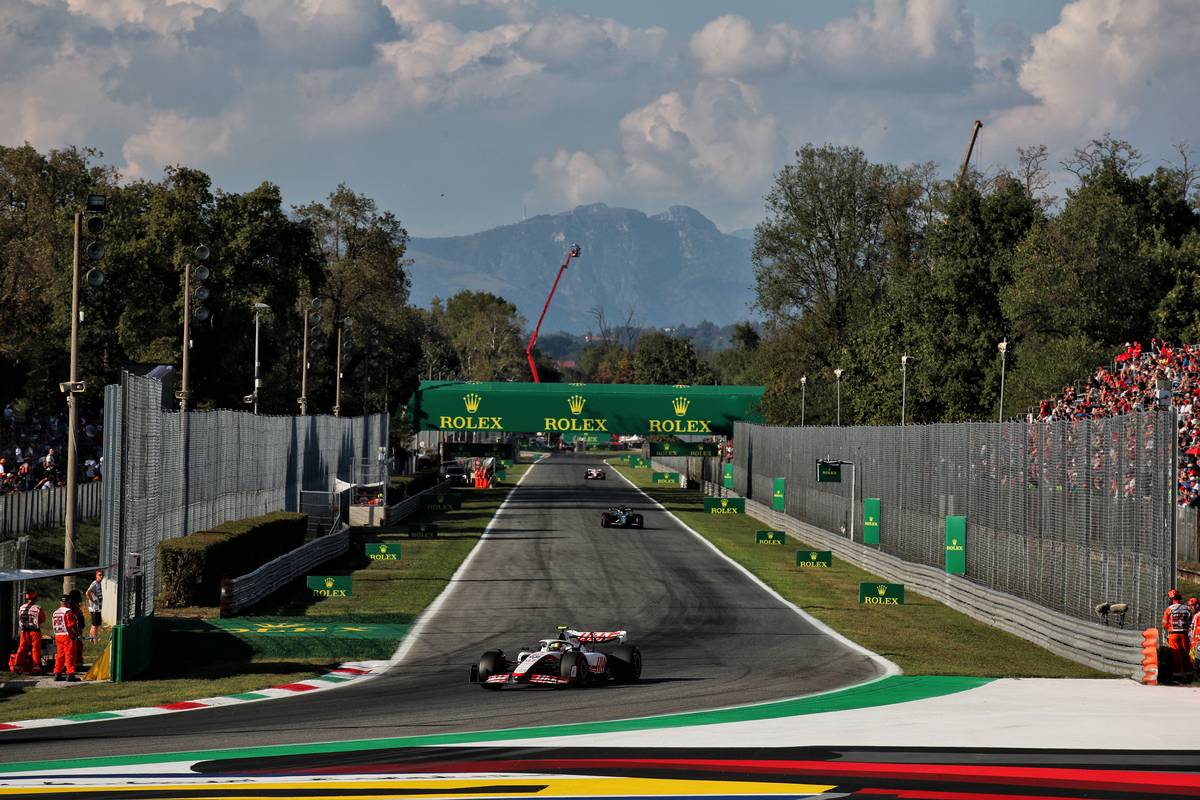 After about 15 minutes of running, most drivers were back on pit lane and prepping for their qualifying time trials. Bottas was briefly left with the track to himself, until Haas pair Schumacher and Kevin Magnussen returned to try their luck on the soft compound. Others soon followed suit and then it was an opportunity to see what everyone could to as the times tumbled.

McLaren's Lando Norris launched himself into top three, splitting the Ferrari drivers and coming within 0.035s of Verstappen, with Alonso also moving up to fifth ahead of Alex Albon's latest solid run in the Williams. Better laps from Ricciardo and Zhou Guanyu briefly pushed the two Mercedes cars out of the top ten, before Hamilton responded by going fifth with his flying lap on the red walled tyres.

Verstappen had just extended his hold on the top spot with a new time of 1:21.807s (despite having suffered a small lock-up and flat-spotted his new tyres on his first run on the soft compound) when the session was red-flagged just before the half hour point. The stoppage was in order to retrieve Schumacher's car after the VF-22 abruptly lost engine power and was obliged to pull over onto the grass just before first Lesmo - definitely not what the young German needed after missing out on FP1. It was also bad news for Perez and Pierre Gasly who had to abort their flying laps midway through as a result.

With the clock continuing to count down during the hiatus, some six minutes were lost before the drivers were able to return to business. Sainz wasted none of the remaining time before punching in a new lap of 1:21.664s to go top, a tenth and a half quicker than Verstappen. Leclerc wasn't able to match that but moved to within two tenths of the top time in third while Russell also improved, enough to put him back up to fifth between Norris and Perez. "Quite a bit of bottoming down the straight," reported Russell with video footage confirming that the W13 was up to its old tricks bouncing along at high speeds. He added: "Deployment is a bit all other the place at the moment" and was told by race engineer Riccardo Musconi that Hamilton was suffering similar issues. 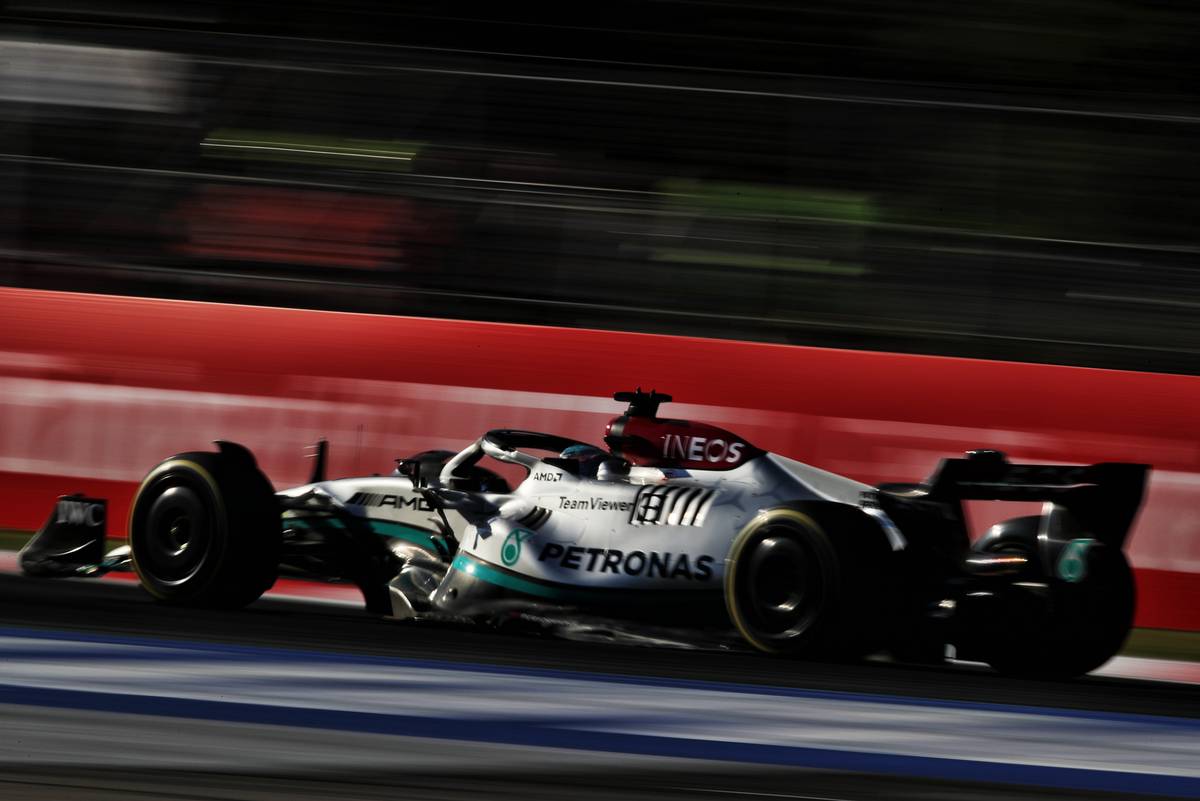 Having been pushed back to seventh ahead of Ocon and Alonso, Hamilton himself was already back on the medium tyres to conduct his long distance race simulation and check on tyre degradation on the high-speed Monza circuit. Most others followed his lead, but some stayed on the soft tyres while Ocon, Albon and Bottas were the exceptions with a shift to the hard compound for the last 15 minutes of Friday running. All 19 cars were back on track (the exception being Schumacher) but there were no significant changes to the order.

Bottas took an excursion through the gravel at turn 7 - not just once, but twice - and Albon also ran wide in the final seconds. Meanwhile Leclerc twice slalomed his way through the bollards at the first corner. However there were no further significant incidents before the chequered flag called time on the session.