Carlos Sainz was happy with his performance in today's Italian Grand prix qualifying session at the Autodromo Nazionale Monza, despite ending up the third fastest in the final top ten pole shoot-out round.

“I was feeling very well and was pushing flat out in Q1, Q2," he told the media in parc ferme after the end of the session.

"In Q3 the only issue is that I didn’t have a tow and this probably cost me those two, three tenths to battle for pole position," he said. "I had to take a lot of risks to compensate for the lack of tow

"I was quicker in every corner but slower in every straight so in the end I couldn’t improve much," he explained.

"My track position was not the best behind Pierre [Gasly] as he was doing very fast out laps and we couldn’t get any tow.

“But yes, very good lap," he said. "We can be happy with the performance we have shown today and I think it’s a good testimony of the hard work that has been carried out in Maranello."

Even if he had found the extra time to finish P1 today, Sainz always knew that he had no chance of starting from the front of the grid on Sunday. 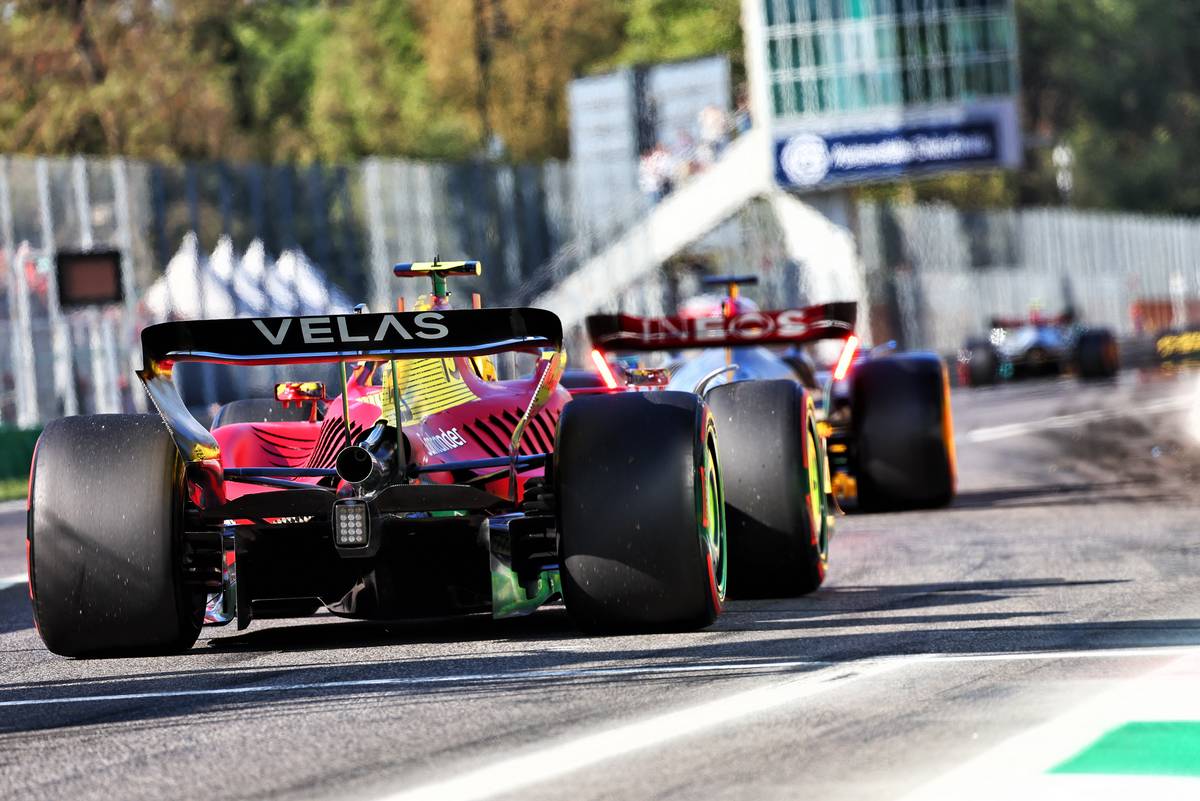 That's because he has a a number of grid penalties for power unit parts replacement which means he will start at or near the back of the grid instead.

“I’m starting last anyway tomorrow so it’s not like it changes my life,” Sainz acknowledged when asked how he felt about being pipped in today's session by his team mate Charles Leclerc and by Red Bull's Max Verstappen.

Sainz expects to start from 18th on the grid just ahead of Mercedes' Lewis Hamilton who incurred a similar penalty in the wake of his accident at the start of the Belgium Grand Prix. 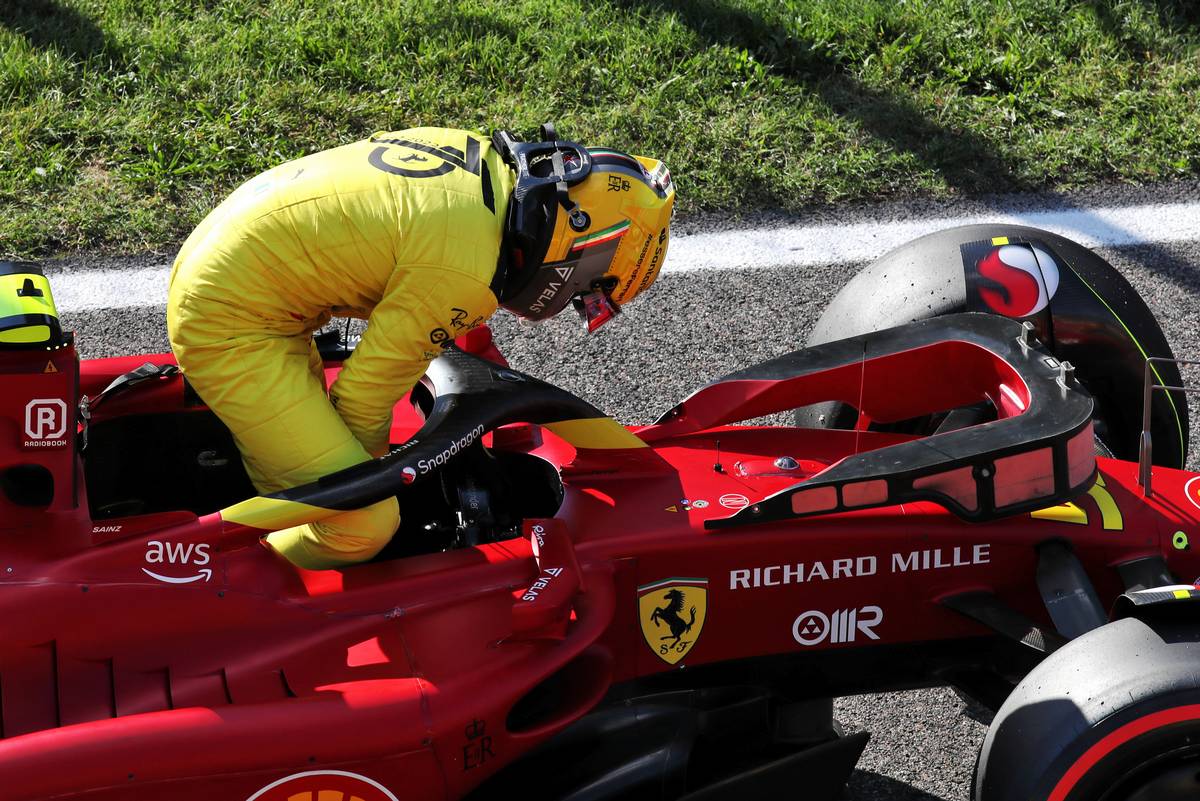 "I hope we can stage a good recovery tomorrow and for sure I’m going to push flat out to make up as many positions as possible.

“I’ll try to put on a good show and make my way back through the field," he pledged. "The pace is there, but I wish I could be there at the front with Charles.

"The support from the Tifosi in the grandstands has been absolutely incredible all weekend, and we’ll do our best to gift them with an exciting race."

Sainz also needs to be wary after picking up his fourth reprimand of the season following an incident in final practice earlier in the day.

The FIA race stewards judged that he had driven unnecessarily slowly at Rettifilo (turn one) during FP3, causing Alfa Romeo Valtteri Bottas to take evasive action.

Sainz defended his actions and told the stewards he was driving slowly to cool his tyres at the time. However the telemetry revealed that Sainz reduced his speed to 50kph, around 20kph slower than any other driver at the same point.

While they agreed that Sainz had checked his mirrors multiple times, they decided: “The fact remains that he drove unnecessarily slowly and as a result, a potentially dangerous situation was created." 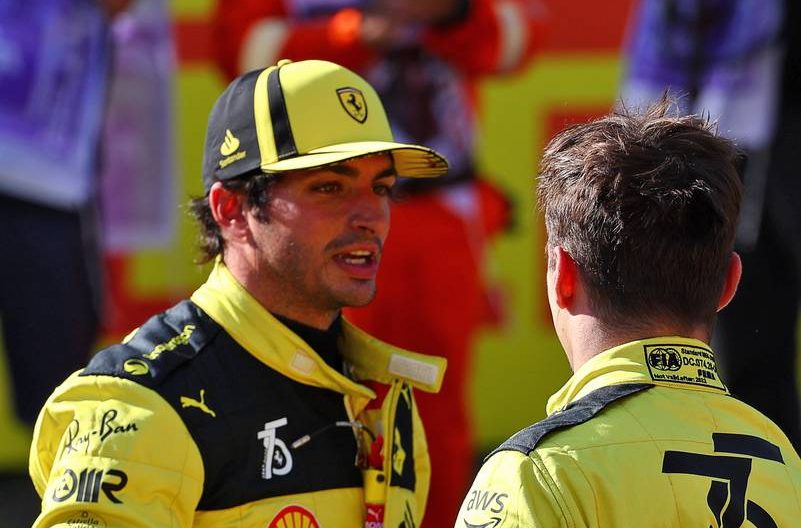 He was given a reprimand, which is his fourth of the season. If he gets another it will mean an automatic ten place grid drop, as Yuki Tsunoda received this weekend. Ferrari also received an official warning from the stewards.

“The team is formally warned that it needs to be more alert in informing its drivers of approaching cars and that it is wrong to assume that cars will always do a cool-down lap after a push lap,” the stewards statement said.

“In this case the driver received no information at all from the team about the rapid approach of [Bottas]."

Sainz previous reprimands were for impeding Zhou Guanyu in Australia and Lance Stroll in Monaco, and an unsafe release incident with Fernando Alonso in the pit lane in Bahrain.