Lewis Hamilton says he has one thousand per cent confidence in Mercedes' engineers and their ability to produce a car next season that will put the Brackley squad in the mix for wins in F1.

Hamilton is entering the last stretch of a difficult campaign in F1 marked by the performance-impacting complexities of Mercedes' ground-effect W13 car.

The magnitude of the team's issues, which evolved around the bouncing and porpoising characteristics of Mercedes' silver arrow especially in the first part of the season, have been such that Hamilton may well conclude the year without a single win to his name for the first time ever in F1.

At Brackely but also at Brixworth, Mercedes' engineers have worked tirelessly to understand and solve the mysteries embedded in their W13.

Gradually, the team has been able to get a grip on the erratic behaviour of its car. And while its string of podiums are perhaps as good as it will get for Mercedes, Hamilton is absolutely confident that next year will be a very different story for the German outfit and its drivers.

"It’s always complicated. But I would say… look, we’ve been very strong in the past, we’ve won world titles, our communication continues to improve," Hamilton said in Monza last time out, quoted by Motorsport Week. 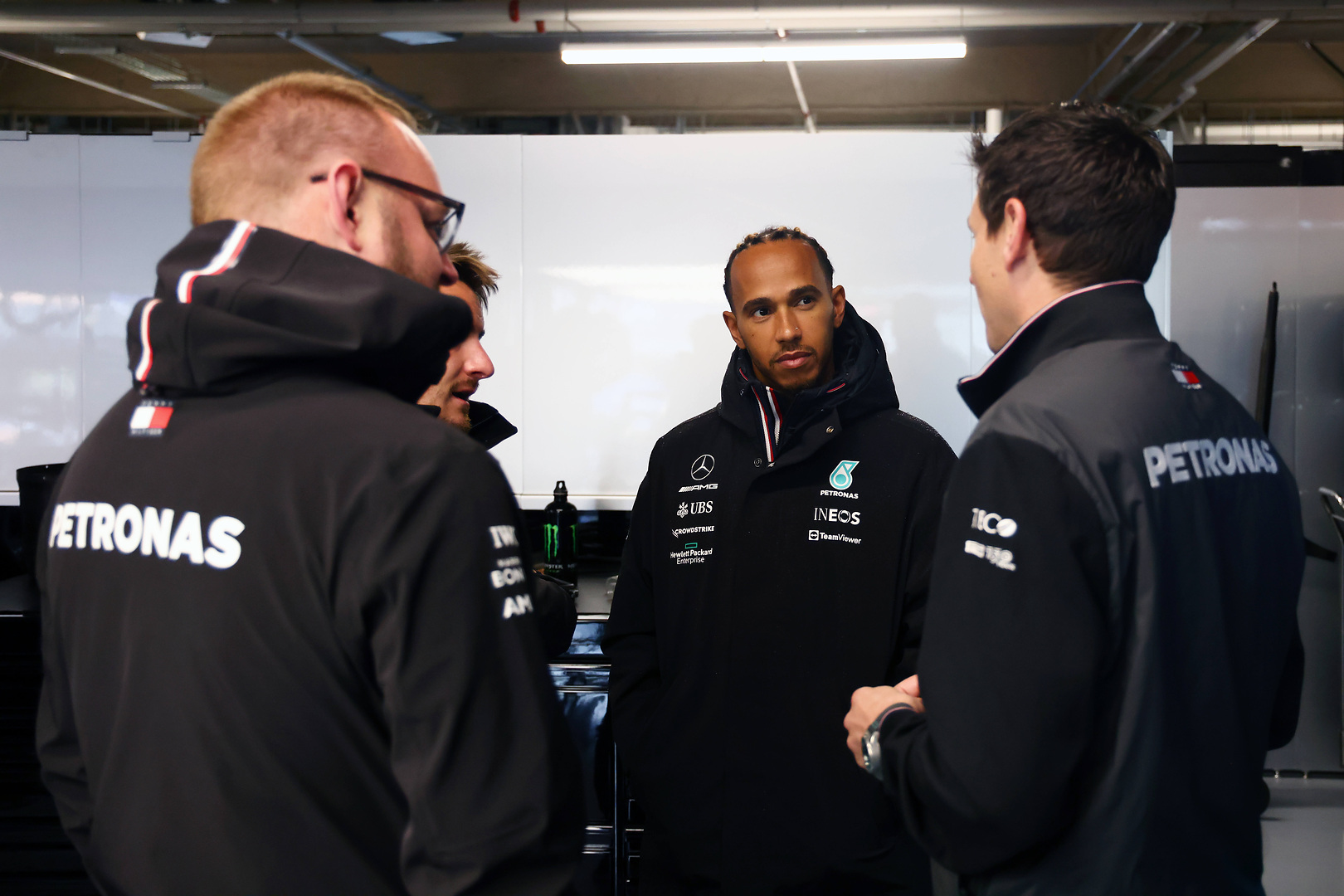 "We’re holding more meetings, and breakout group conversations. And I’m trying to just help give as much feedback as I can about what I’m feeling in the car and what are those limitations where I could gain time.

"These will be things that they won’t be able to see in the data, that the driver is able to bring to it. So, working closely with George also on that."

The final six races of 2022 will likely crucially help Mercedes define the design specifications of its 2023 contender. But Hamilton is already "comfortable" with direction that has been set by his team.

"There is potential in the cars: we’ve got downforce, it’s just in some places it we’re not able to utilise it," he said. "And ride quality, of course, is an area that we can always be better.

"So I’m comfortable the direction that we’re going and have 1,000% confidence in the guys back at the factory, who are stringing together all these pieces of the puzzle, and have no doubt that we will be back in a fighting position next year."