Sergio Perez described his victory in today's Singapore Grand Prix as the best performance of his Formula 1 career.

Just like he did for his victory in Monaco earlier in the year, Perez survived treacherous wet/dry conditions with a perfect drive at Marina Bay Street Circuit.

He got a strong start to put him ahead of pole sitter Charles Leclerc going into the first corner of the race, and then made sure he was tantalisingly out of reach of Leclerc for the rest of the time-limited race.

Leclerc's best chance to take the position was after a safety car restart. The Ferrari driver made a number of attempts to force his way past but the Red Bull's superior straight line speed won the day - and the race.\

"It was certainly my best performance," Perez told the media in parc ferme after the finish. "I controlled the race.

"The last three laps were so intense," he added. "“I didn’t feel it that much in the car, but when I got out of it, I felt it. I pushed, I gave everything for the win today.” 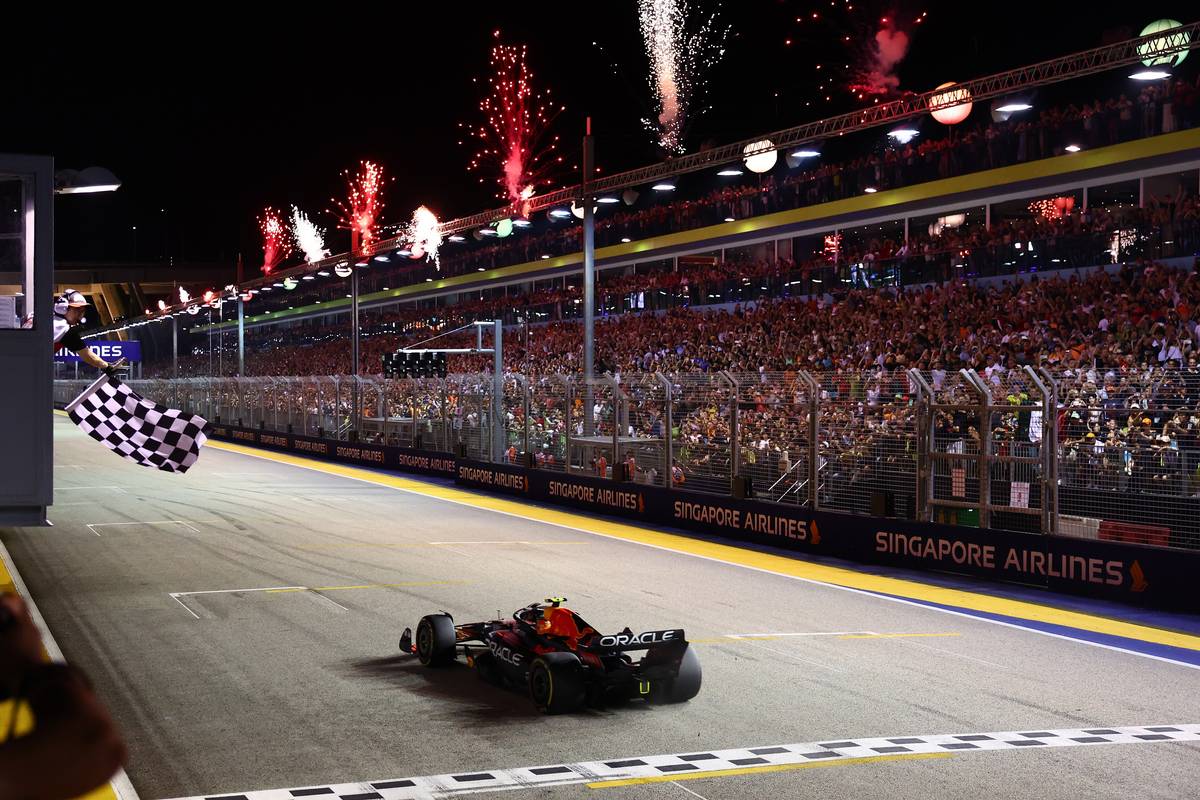 "Tricky conditions. He nailed the start, he converted the start, he settled himself into the race, looked after those intermediate tyres, safety cars coming and going, restarts, and always in control," Horner said. "Super cool.

"It was world-class, that's right up there, for sure, his best victory, surpasses his Monaco victory, and under massive pressure," he added. "He has gone out and delivered and super, super proud of him. He's done a wonderful job."

Even when the threat from Leclerc on track was dealt with, Perez was told by his team to put his foot down in case of a possible five second penalty for not following procedure behind the safety car.

The race stewards said they would investigate Perez after the race for failing to keep within the required distance of the safety car before the restart. Perez' winning margin was 7.595s which should mean he keeps the win even if handed a penalty, but the uncertainty meant that the celebrations were on hold for now.

"I have no idea what's going on, they just told me I was under investigation and to increase the gap," Perez stated.

Horner insisted that it was a "non-issue" and that the team didn't expect any sanctions. "They asked us to close up, we closed up immediately.

"There are so many precedents," he told Sky Sports F1. "We could probably pull up over the last ten years a whole bunch of precedents for this kind of stuff." 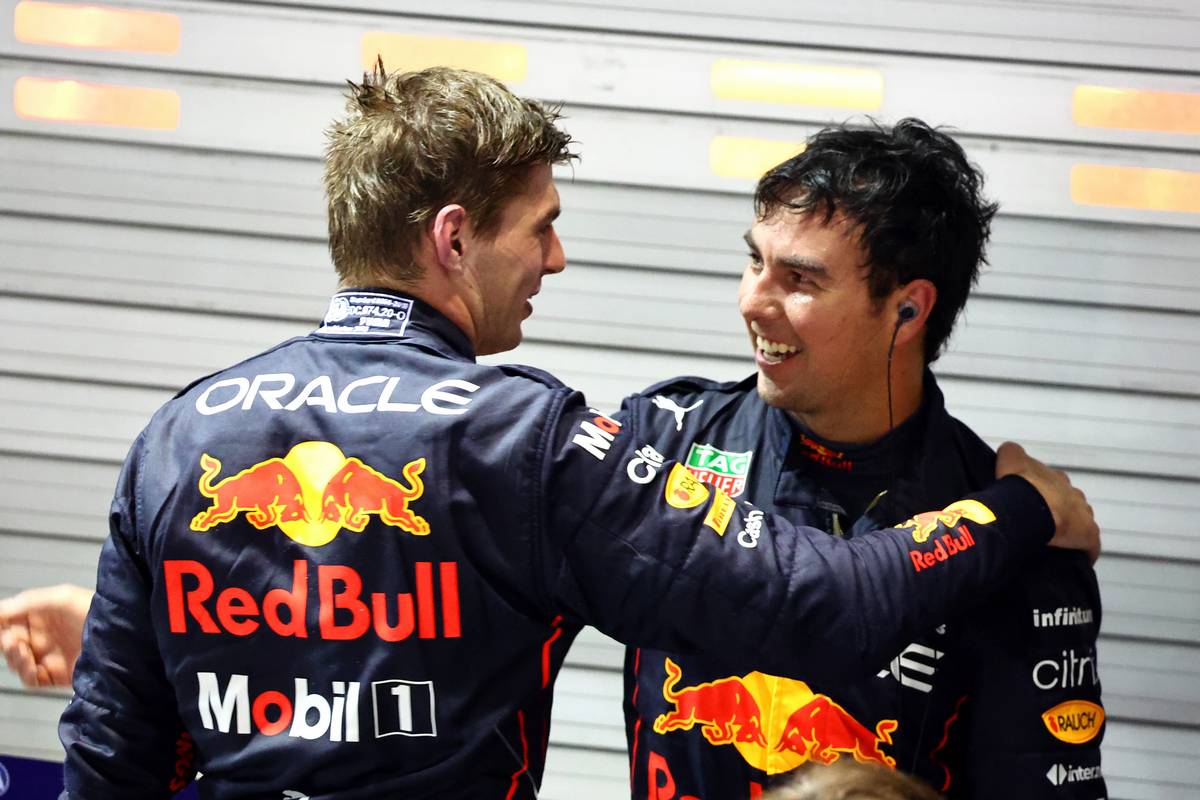 Today's victory was a welcome return to form for Perez, who has struggled to sustain his performance in recent races in a car more suited to his team mate Max verstappen.

But it was Verstappen's turn to struggle this week and he was only seventh today, missing his first chance to mathematically clinch the 2022 title.

Perez' victory keeps him in the running for at least another week until Japan, although he's still two points behind Leclerc in the drivers championship.

“I think it’s nicer for Max to get it in Japan, for the team,” Perez suggested. “It would be very special for Honda.”

And in the constructors standings, Red Bull's lead over Ferrari has been clipped by two points after Leclerc and Carlos Sainz finished on the podium alongside Perez. It's not a great concern however: Red Bull still has a 137 point lead.