Red Bull team principal Christian Horner admitted that the FIA had made a mistake with the rules about when reduced points should be awarded at the end of a shortened race such as today's Japanese Grand Prix.

But he said the error was with the way the revised 2022 rules had been drafted, rather than by how the FIA stewards in Suzuka had implemented them on Sunday.

Most people in the paddock assumed that the only half the normal championship points would be awarded to the top ten in the event of a race failing to reach 75 per cent of the scheduled race distance.

But it turned out that this is not what the new rules said. But the way they were redrafted after last year's farcical Belgian GP meant that races that had been resumed after an earlier interruption were not covered.

The rules refer only to races that has been stopped and could not be resumed. As the Japanese GP had got back underway and was still going at the chequered flag, full points were awarded regardless of duration.

It meant Max Verstappen was able to to clinch the championship this weekend rather than wait until Austin, Texas.

"I think it's a mistake that wasn't included after the issues in Spa last year, that the regulations obviously haven't been mopped up," Horner admitted after the end of today's race.

"We were under the strong impression that only with 75 per cent of the race would full points be scored, so we felt we were going to be one point short." 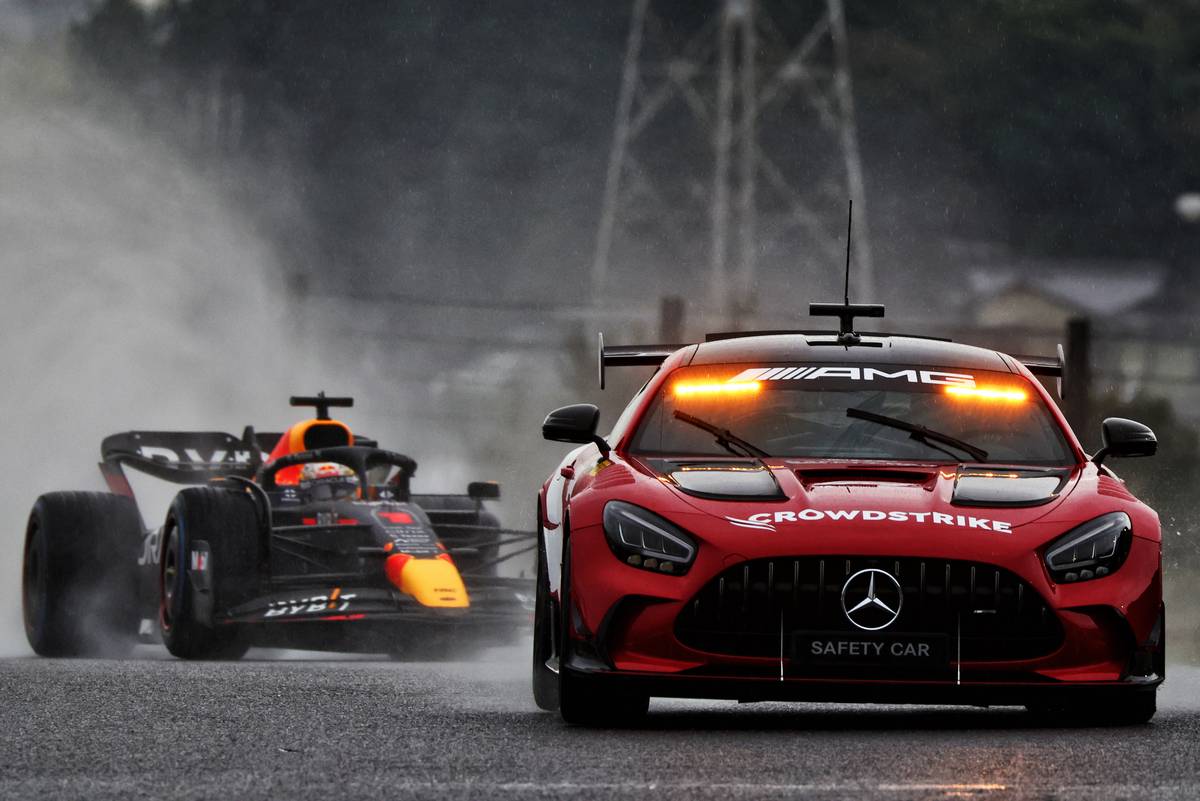 Even with full points, Leclerc would have stayed mathematically in contention for the title if he hadn't been given a five second post-race penalty for running off the track while defending from Sergio Perez, dropping him to third.

"In the end, Checo's move on Charles nailed Max the championship, so you can see his surprise, the team's surprise. But what a wonderful surprise!"

Ferrari boss Mattia Binotto has also been in the dark about how the new rules would be interpreted.

"We were confused, and we thought it would not have been the full awards," he confirmed. "So initially our calculations were such that [Max] was not world champion.

"At the end a clarification has been given which is an okay clarification," he continued. "So I think it's simply accepted. That's the way it is. He is world champion. It's clear enough." 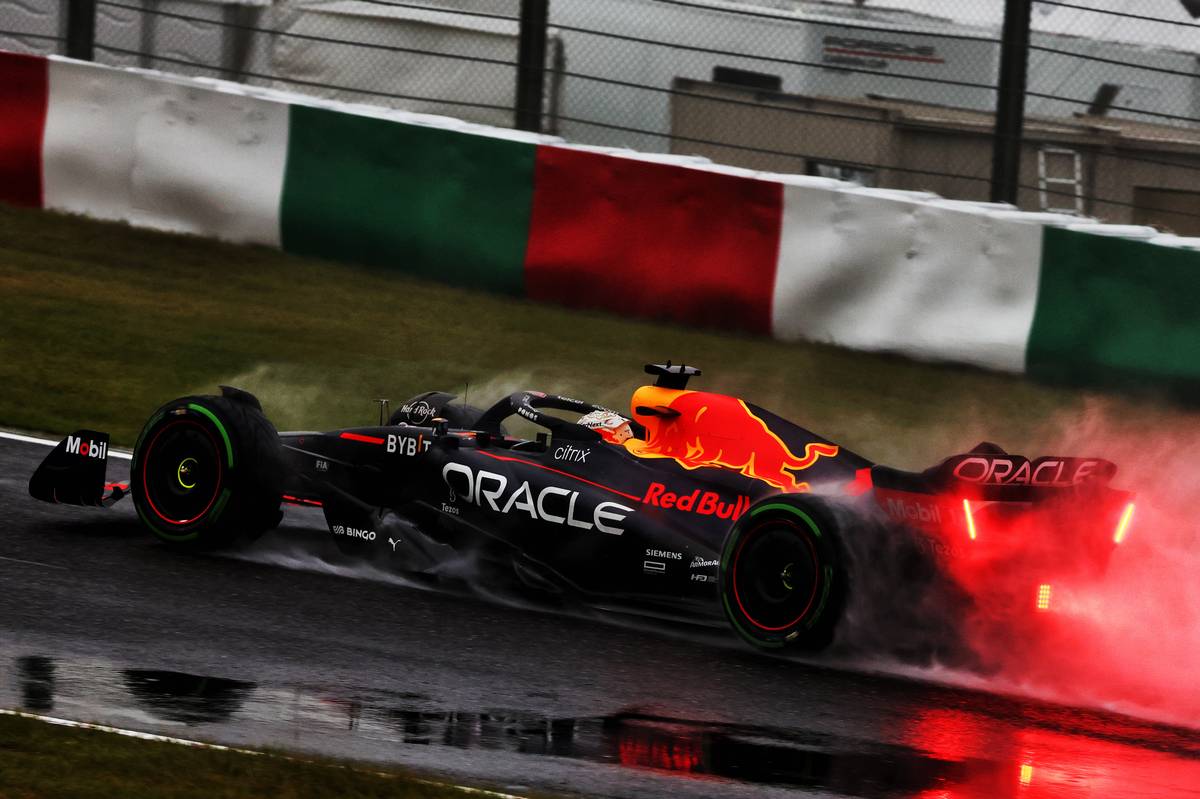 McLaren team principal Andreas Seidl said that the rules would have to be looked at again after the end of the season.

"In the end, how the points were awarded today wasn't what we all had in mind," he said. "It wasn't the intention from the FIA and the team side.

"But in the end, it seems like we all overlooked this loophole, and therefore we are all responsible for that," he admitted. "It means we must try to do together a better job next time."

Horner agreed that there had to be a review. "I'm certain it will be," he said. "I accept the way the FIA has interpreted it [today]. Let's review, let's discuss - but I will not go to any conclusion today on that."

"It's a detail, and it's something we need to clarify as well for the future what is the true intention.

"I need to double check with our sporting guys: what was the clear understanding, and what has been the conclusion and the way that it has been written and interpreted compared to the intention." 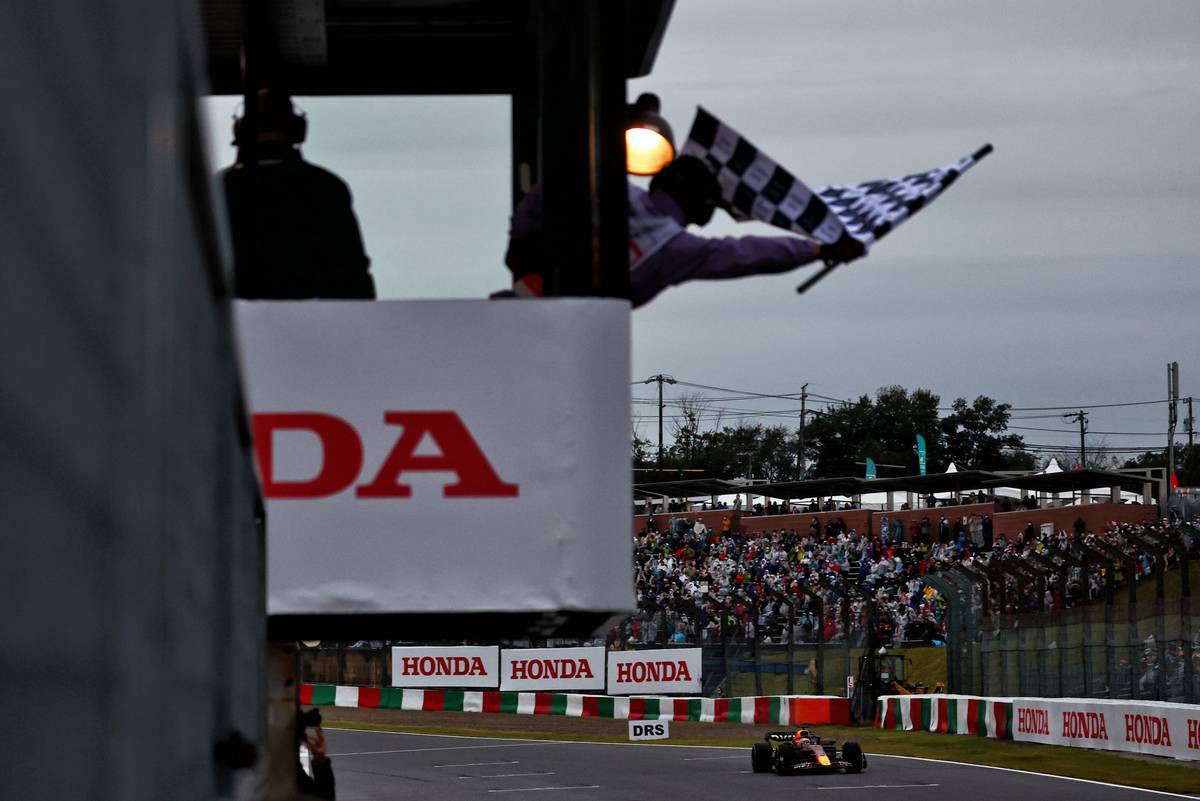 There was further controversy in the paddock when it was suggested that the Grand Prix had ended a lap earlier than it should have been under the rules for time-capped races.

In the event that the race finished prematurely, the regulations say that the result would be taken from the previous completed lap.

If that were to be applied here, then lap 28 never happened and Leclerc would not have incurred the penalty that put an end to his championship campaign.

However it seems that no one has much appetite to open up that particular can of worms, and there is unlikely to be any further review or appeals after Ferrari said it had accepted Leclerc's penalty.

The FIA already had quite enough on its hands after confirming why a recovery vehicle was allowed on track while cars were still on track before the red flag.