Six teams - Mercedes, Williams, Ferrari, Red Bull, McLaren and Renault - have confirmed their driver duty schedules for the first week of pre-season testing which kicks off Monday in Barcelona.

The schedule is provisional as unforeseen changes are always possible.

Mercedes appears to be the only team, for now, to have allocated half-day schedules to Lewis Hamilton and Valtteri Bottas.

Perhaps as a way to gradually accustom their drivers to the increased physical demands which the 2017 cars are expected to impose on drivers this year.

Mercedes' new recruit Valtteri Bottas will be at the wheel of the first Silver Arrows to head out on to the Circuit de Catalunya on Monday morning.

Toro Rosso, Haas, Force India and Sauber have yet to announce their driver schedules. 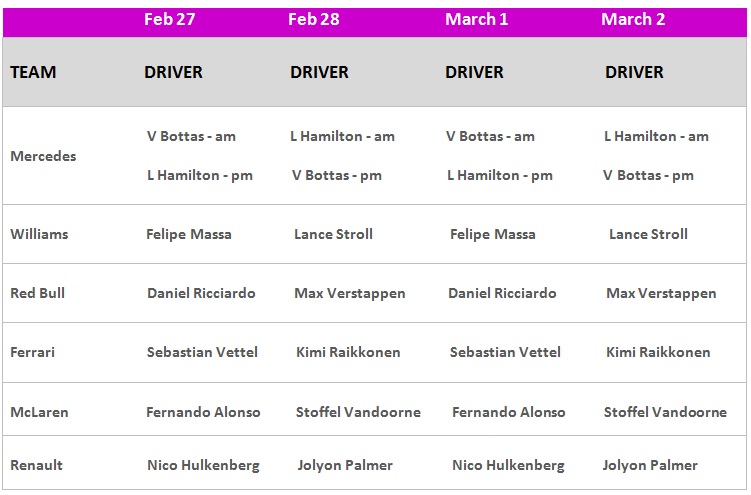 Jordan King: Manor collapse 'a blow' to all young drivers