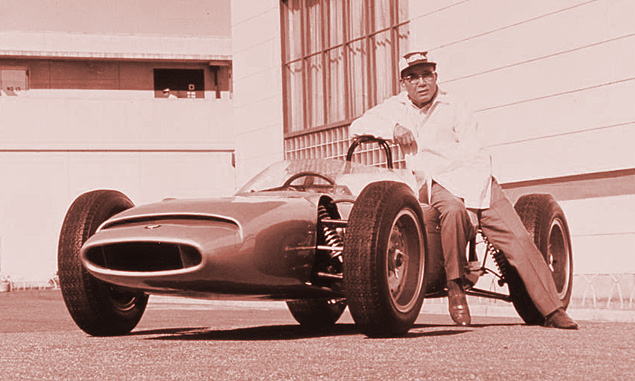 Soichiro Honda was born on November 17, 1906 in Tenryū, Shizuoka, a small village under Mount Fuji. After a pre-World War 2 career making piston rings for Toyota, he established the Honda business in 1948 in a wooden shack. Initially manufacturing bicycle motors, he oversaw the company's expansion into a billion-dollar multinational automobile and motorcycle manufacturer.

Dubbed "the Japanese Henry Ford", Honda himself remained president until his retirement in 1973 but stayed on as a director of the company and was appointed "supreme advisor" in 1983. He stayed active and had hobbies ranging from skiing and hang-gliding to ballooning, before finally passing away at the age of 84 on this date, August 5, in 1991.

One man and his dog