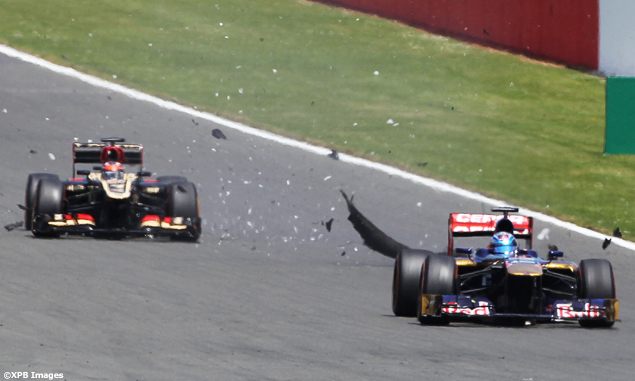 When Nico Rosberg suffered a scary and spectacular rear right tyre failure during FP2 at Spa, images of the 2013 British Grand Prix immediately sprung to the minds of many F1 fans.

Indeed, several drivers had experienced a series of high-speed tyre blow-outs at Silverstone on that afternoon, including Toro Rosso’s Jean-Eric Vergne pictured above.

While Formula One’s official supplier Pirelli took a lot of flak at the time, the Italian company also partly blamed the teams for wrongly using their products before introducing new tyres over the next grands prix.

F1i’s columnist in his karting days