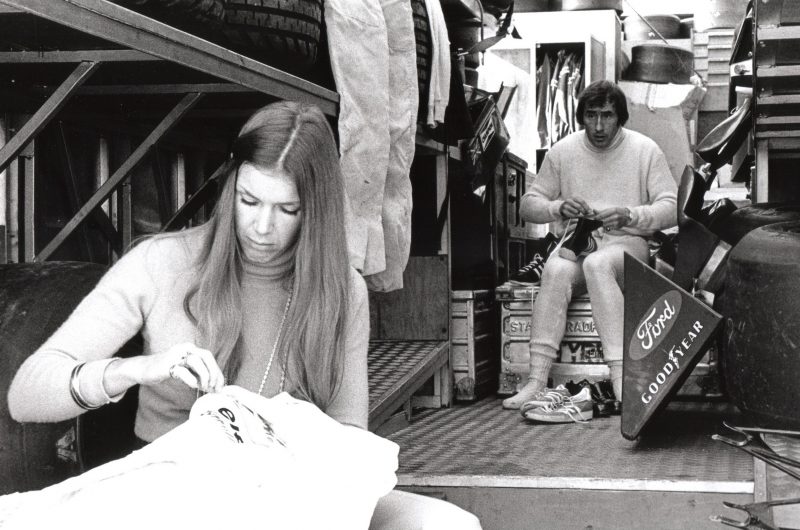 As one of the greatest Ambassadors of the sport, and a champion of safety, JYS figures prominently in the Pantheon of Formula 1's all-time greats.

This is a scene from the 1971 Dutch Grand Prix, where Stewart prepares to get suited and booted while Helen Stewart sows on a patch to her husband's overalls.

During his outstanding career, Lady Helen was Jackie's faithful stopwatch, timing his laps to the milliseconds as he raced to 27 Grand Prix wins and 43 podiums.

Today, Sir Jackie devotes much time and resources to another big battle in his life, the quest to find a cure for dementia, an illness that has taken over Lady Helen's mind and body.

Race Against Dementia is a global charity, founded by Sir Jackie Stewart, to fund pioneering research into the prevention and cure of dementia. Check it out of you wish to make a donation.

When Montreal saw a historic brotherly 1-2