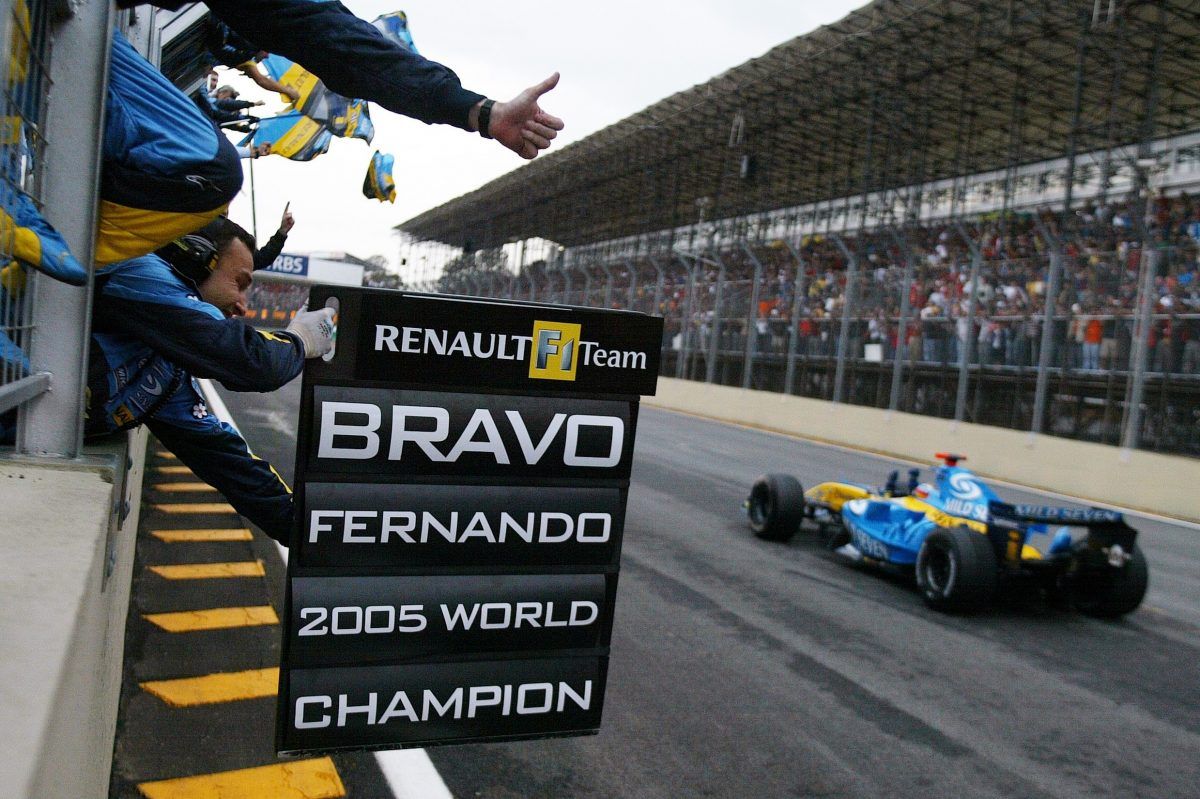 On this day in 2005, Fernando Alonso became F1’s youngest ever world champion by scoring his 13th podium in 17 races at the Brazilian Grand Prix in Interlagos.

The season had been a fierce battle between the Spaniard and McLaren's Kimi Raikkonen, but for the Finn, there just weren't enough races to overhaul his Renault rival.

At 24 years and 58 days, Alonso overtook Emerson Fittipaldi as the sport's youngest champion, but his record would hold just 36 months, until Lewis Hamilton was crowned at just 23 years of age.