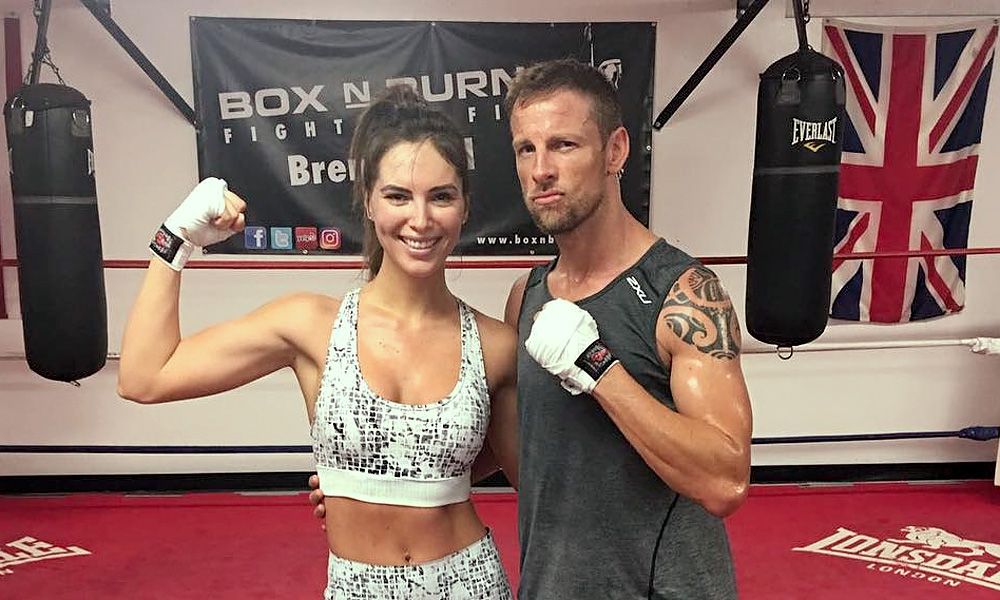 Jenson Button might have retired from Formula 1, but the committed triathlete is still working hard on his fitness. And these days he can enjoy the company of his girlfriend Brittny Ward while he trains.

Despite the Union Jack in the background, they were actually working out at the Box 'N Burn Fitness Gym in Los Angeles on Tuesday.

"Tough session with my lady [at] Box 'N Burn this morning," he posted on Instagram. "Loving a bit of X training!"

Button made 306 starts in Formula 1 beginning with the Australian Grand Prix in 2000. During that time he won 15 races, took eight pole positions, and amassed a total of 1235 championship points. Oh, and he was also the 2009 world champion. All in all, not a bad track record!

His swan song in the sport was supposed to be in last year's Abu Dhabi season finale. However, the 37-year-old made an encore appearance for McLaren in this year's Monaco Grand Prix, subbing for Fernando Alonso who was taking part in the Indianapolis 500 on the same day.

While he's been taking time off since then, Button sounds like he's ready to return to motorsport in 2018 - although not in Formula 1. Instead it seems that a stint in Japanese Super Formula is high on his list of ambitions.