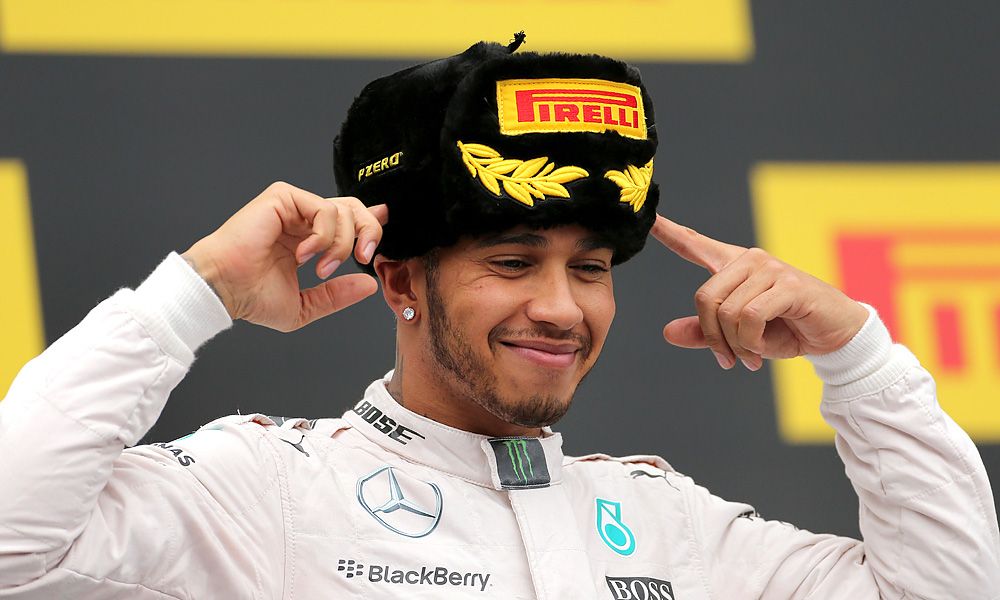 It's somewhat surprising to note that there has only been one Formula 1 Grand Prix to have been held on October 11 in the past.

Historically, the United States Grand Prix took place about a week earlier in the 1960s and 70s. Since then, the Japanese race has often been within a couple of days of this date over the years. However, it never quite fell on October 11 itself.

It wasn't until 2015 that this finally happened. The second Russian Grand Prix at Sochi Autodrom meant October 11 finally got to host its own race. On that occasion Mercedes had dominated qualifying, with Nico Rosberg pipping Lewis Hamilton to start from pole position.

However Rosberg suffered a locked throttle just seven laps into the 53-lap race. He was forced to retire and Hamilton went on to win the race. He was delighted to receive a traditional Russian ushanka to wear on the podium (pictured above).

The victory gave Hamilton a 66 point lead in the drivers championship. Meanwhile, even without Rosberg, Mercedes clinched their second consecutive constructors' championship with four races remaining.

Ferrari's Sebastian Vettel picked up second place, with Sergio Perez claiming third for Force India. It was the team's third appearance on the podium position, the first having been at the 2009 Belgian Grand Prix during their sophomore season.

Force India's most recent podium before Sochi had been the previous year in Bahrain. Perez (pictured below with his father Antonio) subsequently picked up two more top three finishes in 2016 at Monaco and Baku. His best finish so far in 2017 has been fourth place in Spain. 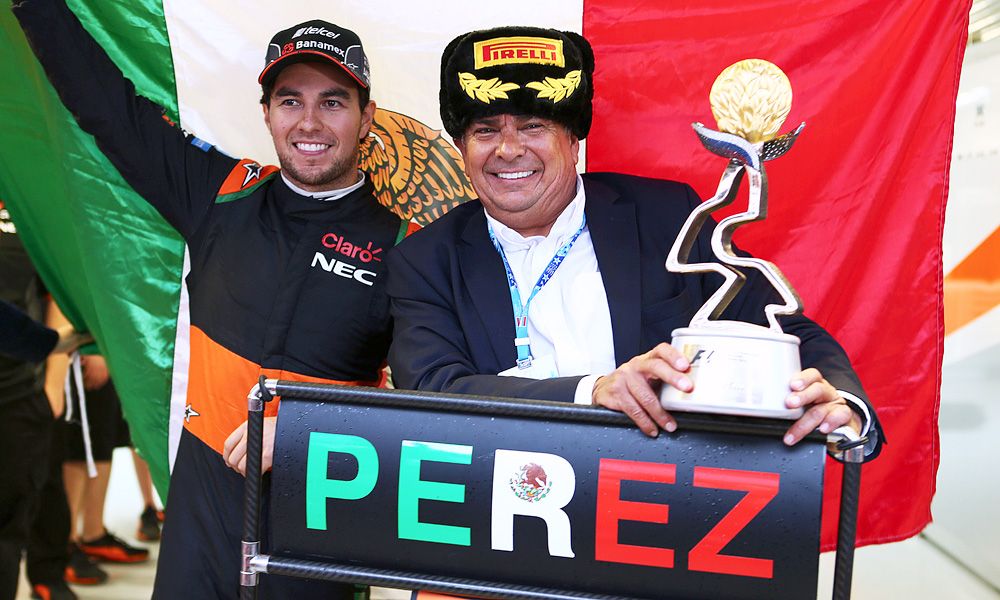 A send off from the troops for Carlos Sainz

Button boxes his way to fitness in LA