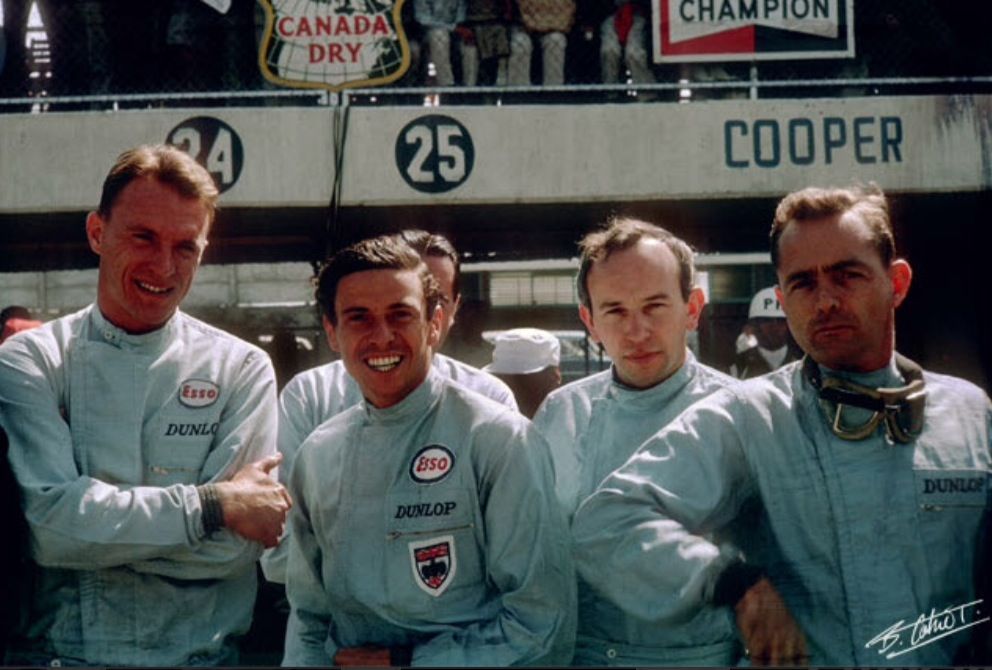 The 1964 world championship reached its epilogue on this day in Mexico City, with John Surtees achieving a remarkable feat.

Flanked in this picture by Dan Gurney, Jim Clark and Phil Hill, Surtees was runner-up in the drivers' standings before the final race, with Graham Hill and Clark as his fellow title contenders.

The latter looked set to clinch his second world crown until his Lotus' engine painfully seized up on the final lap. Gurney went through to win the race but Surtees' title depended on a charitable gesture from Ferrari team mate Lorenzo Bandini to let the Briton finish second.

The Italian proved a gentleman and waived 'Big John' through to become the first motorcycling World Champion to win a world title on four wheels as well.