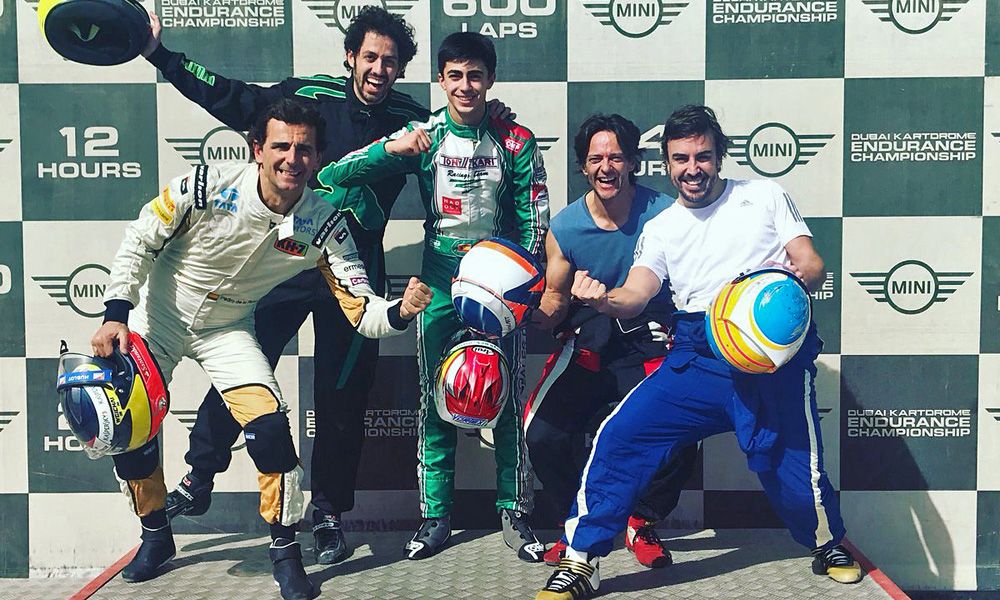 What does a Formula 1 driver do during their off-season break? If you're Fernando Alonso, it seems the idea is to get straight back to racing!

We've seen Romain Grosjean hitting the ski slopes in Switzerland, and Lewis Hamilton is heading off for some similar snowbound advntures in Colorado this weekend. But Not Alonso, who only seems to be happy when he's on four wheels.

Not content to wait until January for the Rolex 24 at Daytona, Alonso was at the Dubai Kartdrome 24 Hours karting race this weekend. Alonso entered his own team, FA Racing, using #14 as their kart's entry number. He's previously taken part in the event before in 2014, when Team Puntonas also included his future McLaren F1 team mate Stoffel Vandoorne.

This time it was an all-Spanish line-up that included former Formula 1 driver Pedro de la Rosa. Also in the line-up was karting ace David Vidales and their friend Angel Burgueno.

Alonso almost took pole for the Racing in the Nations Cup only to be pipped by Batelco Racing's Ramez Azzam. However FA Racing didn't do quite so well in the race itself and finished in 10th place. They were six laps down on the race winners from the CG Racing Pro team.

However, we doubt that would have put a dent in Alonso's huge smile at the sheer pleasure of racing.

And blessed Lewis Hamilton certainly is...