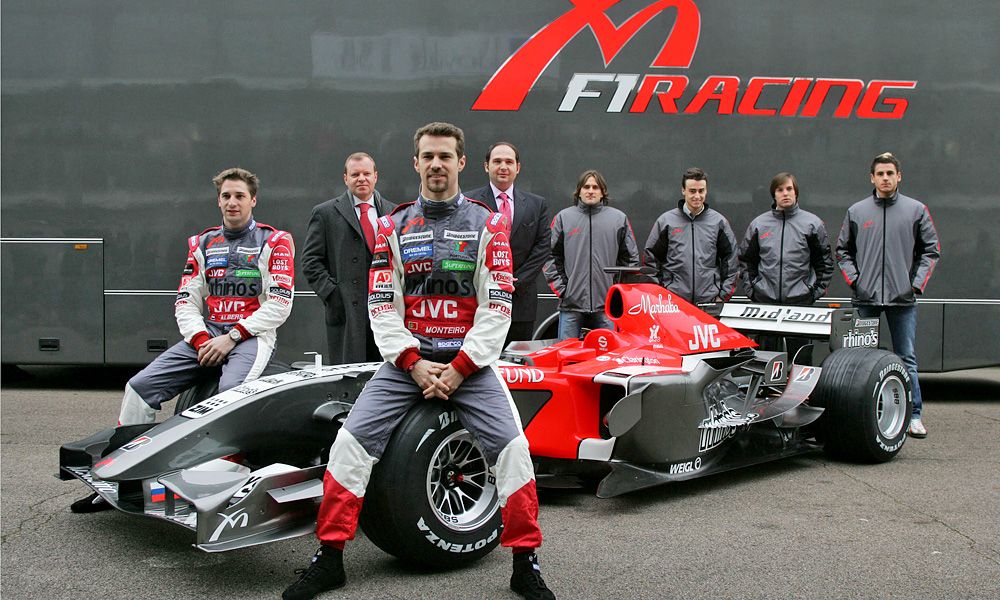 On this day in 2006, the newly-christened Midland F1 Racing team unveiled its first car at Silverstone.

Billionaire Alex Schnaider had bought Eddie Jordan's team the previous year, but had kept the Jordan brand. For 2006 the team took on a new name and also raced under a Russian license for the first time, which theoretically made the M16 the first Russian car in the history of Grand Prix racing.

The teams' drivers were Portugal's Tiago Monteiro and Dutch driver Christijan Albers. Unfortunately neither driver ever managed to finish in the points, suffering 13 retirements between them in the 18-race season. And the team was also disqualified from the German GP for running an illegal flexible wing.

Later in the season, Schnaider sold the team. No longer running under the Russian flag, it was renamed Spyker F1. After a further sale at the end of 2007, it became Force India from 2008, and then Racing Point in the summer of 2018 when the team was acquired by Lawrence Stroll and his associates.

And this year, the Silverstone-based squad has been re-branded Aston Martin Racing!

An isolation of a different sort for Valtteri Bottas

Danny Ric is ready to roll with McLaren!