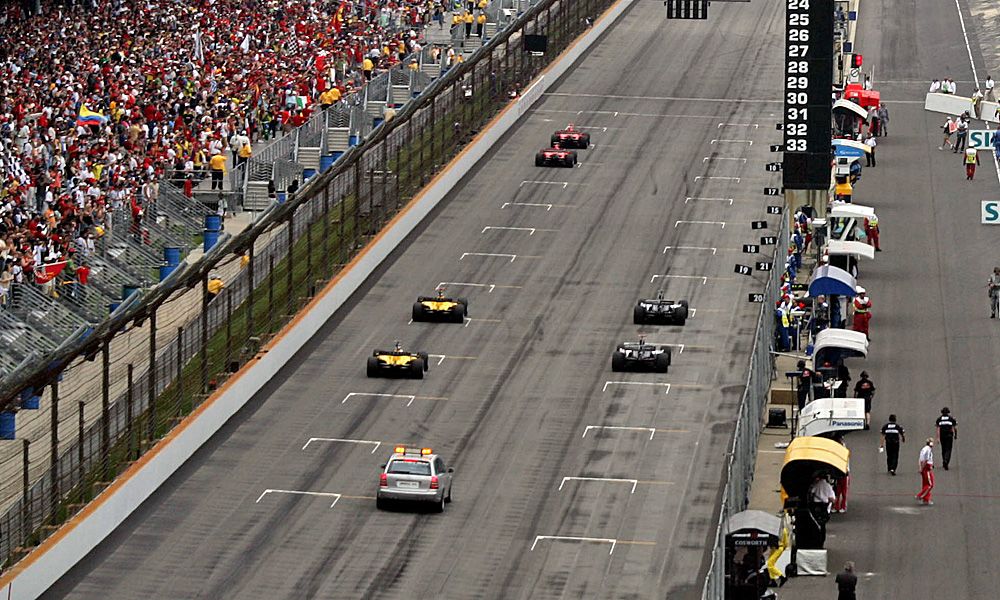 The 2005 United States Grand Prix which was held on this day 13 years ago at Indianapolis Motor Speedway must have a claim to be one of the lowest points of modern Formula 1.

The field consisted of 20 cars, but when they came to the end of their formation lap to take up their grid positions for the start of the race, all but six peeled off into the pit lane. And there they stayed.

The problem had started in practice and qualifying, when a number of cars running on Michelin tyres suffered dangerous high-speed blow-outs. After analysing the causes - related to the rough surface of the banked speedway section of the circuit - Michelin insisted that a chicane be added to the circuit layout to reduce speeds in turn 13.

The FIA rejected this proposal as it would be unfair to the teams using Bridgestone tyres which were unaffected. Michelin said that the tyres could not be considered safe after more than ten laps, but standing rules forbade changes to tyre compounds once a race weekend was underway.

Worried about criminal liability in the event of a fatal crash, the Michelin teams - McLaren, Toyota, BAR, Renault, Sauber, Williams and Red Bull - decided to withdraw. To avoid FIA penalties they initially lined up on the grid but pulled in after the formation lap.

It left just six cars on the grid (pictured above): Michael Schumacher and Rubens Barrichello at the front in the Ferraris, with Jordan's Tiago Monteiro and Narain Karthikeyan further back followed by the pair of Minardis driven by Christijan Albers and Patrick Friesacher.

And so the race went ahead, before disbelieving and outraged fans who had paid a lot of money for what ended up being a procession (below). The TV audiences were no happier. Sure enough, 73 utterly pointless laps later, Schumacher and Barrichello strolled across the line. The happiest man at IMS must surely have been Monteiro who picked up his one and only F1 podium (bottom) - the only Portuguese driver to have finished in the top three in a Grand Prix.

The race was labelled a farce and effectively ended F1 racing at IMS. After a hiatus the event returned at the custom-built Circuit of the Americas in Austin, Texas where it's hoped that the spectre of the 2005 race can be forever expunged. 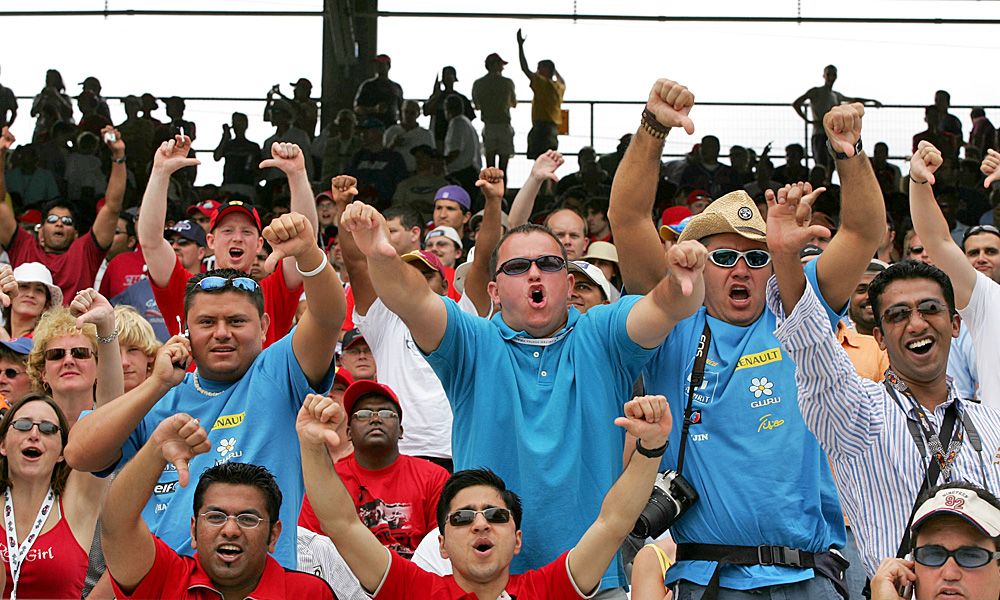 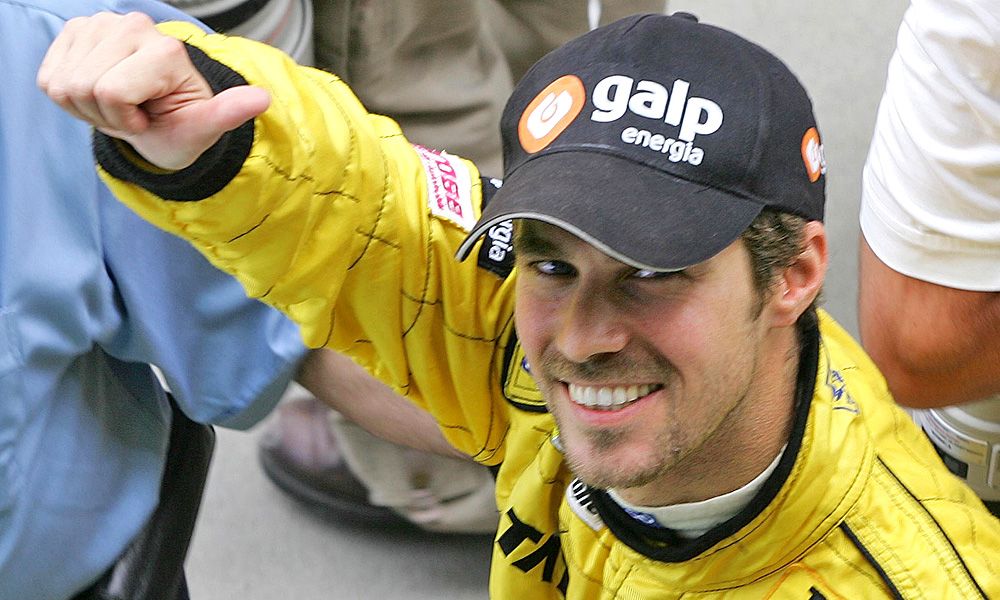