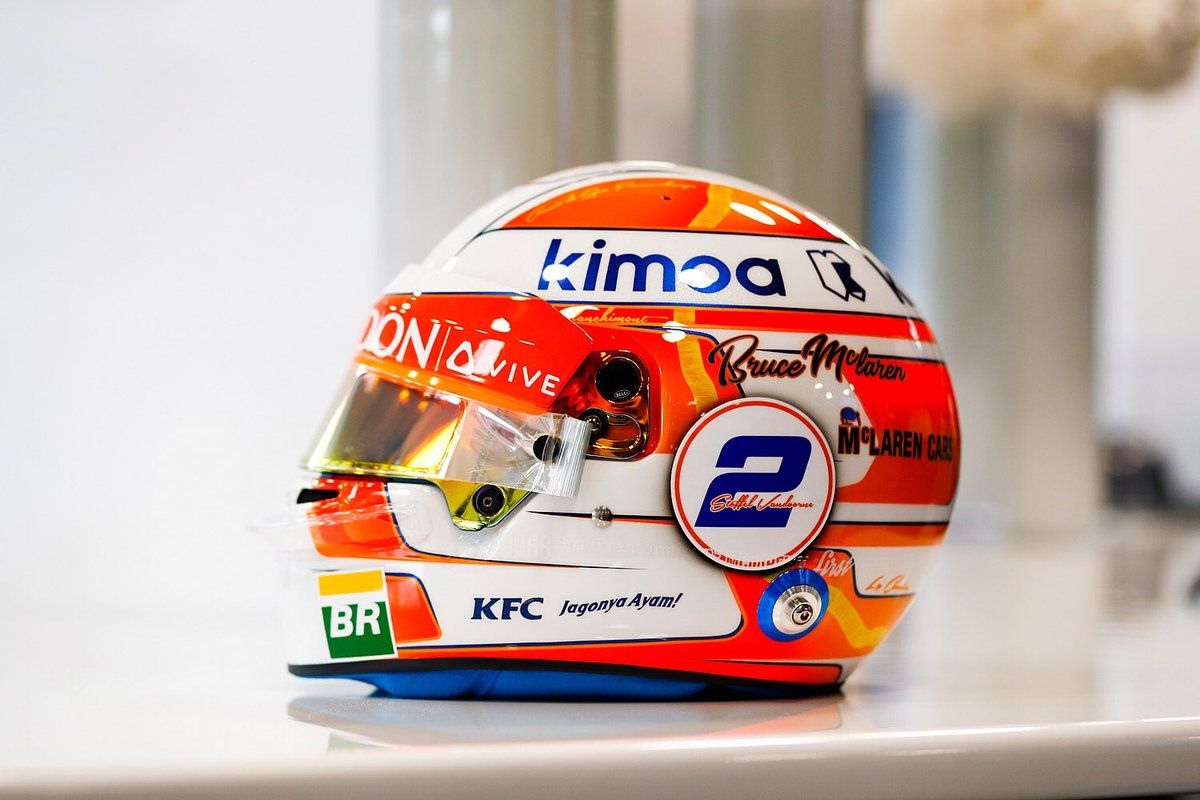 This weekend McLaren is celebrating the team's first F1 win, achieved at Spa 50 years ago by its founder Bruce McLaren, and Stoffel Vandoorne is doing his part to commemorate the event.

The Belgian driver unveiled a predominantly orange McLaren themed helmet that pays tribute to his team and its founder as well as to the old Spa circuit, with the names of its legendary corners imbed in the design.

Given Stoffel's relative under-performance this year, one can only hope the one-off lid will bring him that long-awaited good result. 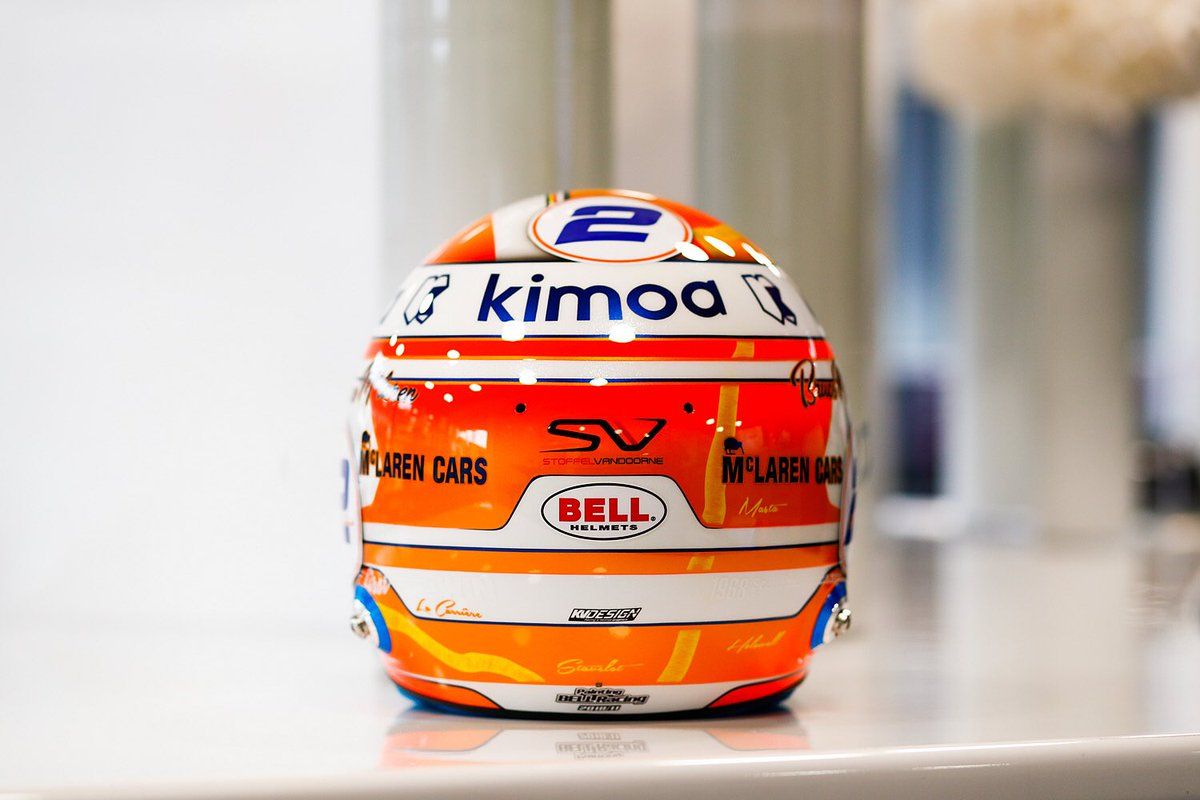 Starting from a clean pink sheet?

A bit behind, but nothing that can't be made up...