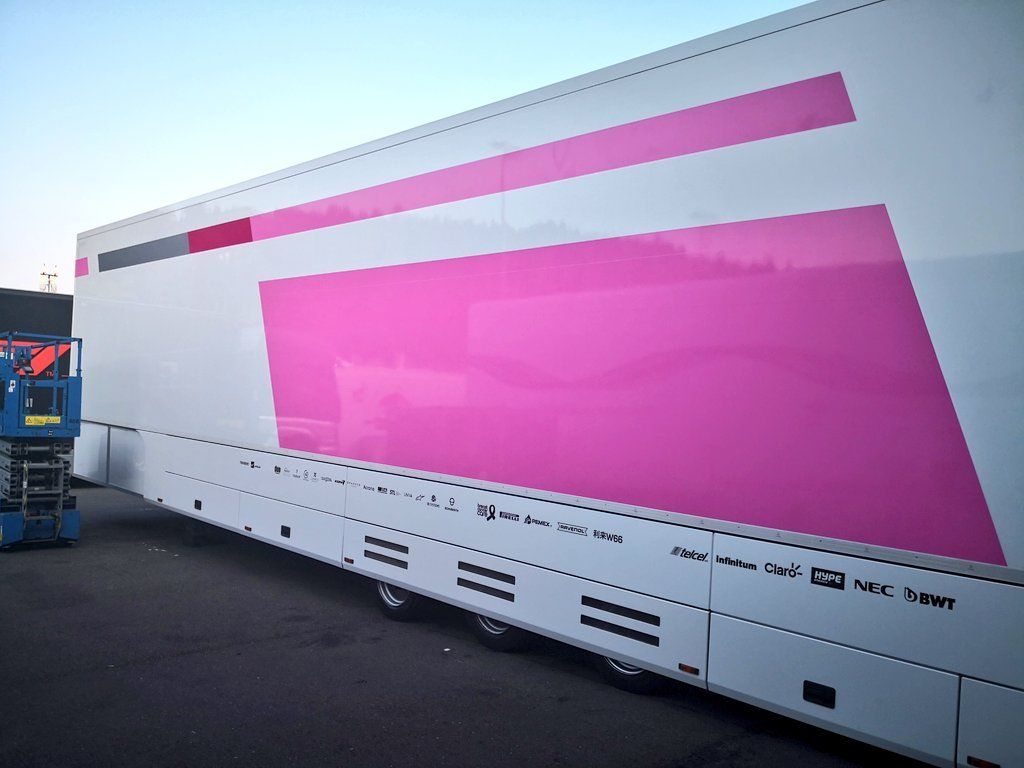 Spa will mark the start of a new dawn for Force India, although it likely won't be called as such for much longer.

The Silverstone-based outfit - whose original DNA goes back to the Jordan Grand Prix team born in 1991 - is locked in a legal can of worms right now.

The team's assets were sold to a consortium of investors led by Lawrence Stroll, but the new entity does not have a proper entry to compete in F1.

Discussion are ongoing today at Spa between the outfit's owners, the FIA and Formula 1, with the most probable outcome being an exemption allowing the pink squad to race under the name Force India one last time before a permanent new entry is granted.

In the interim, the 'Sahara Force India' name has been stripped from the team's trucks and equipment, after ten and a half seasons and 203 Grands Prix.

(thanks to @AlbertFabrega for the picture)