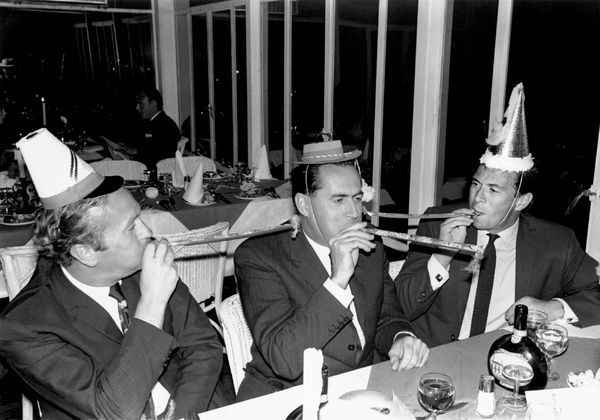 It was different times and a different era for Formula 1 over half a century ago, a period when drivers indulged in a permissive and festive behaviour on the eve of a Grand Prix.

A day before the 1968 season's curtain raiser at Kyalami on January 1, the F1 fraternity came together for a merry New Year's bash.

Seen here-above is Lotus' Colin Chapman, flanked by Jack Brabham and Jim Clark who, despite his joyous demeanour, would have no trouble winning the South African GP the following day.

On the opposite side of the table, a more subdued crew composed of Jochen Rindt, Graham Hill and Jackie Stewart is focused on dessert.

Sign of the times: everyone is wearing a suit and tie. Classy! 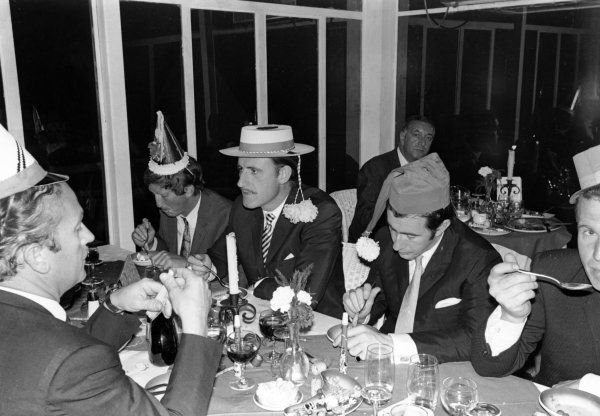 Mike Spence: A man on the brink of greatness

A New Year's day genesis for the 'X' factor 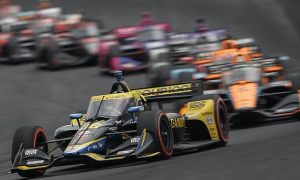