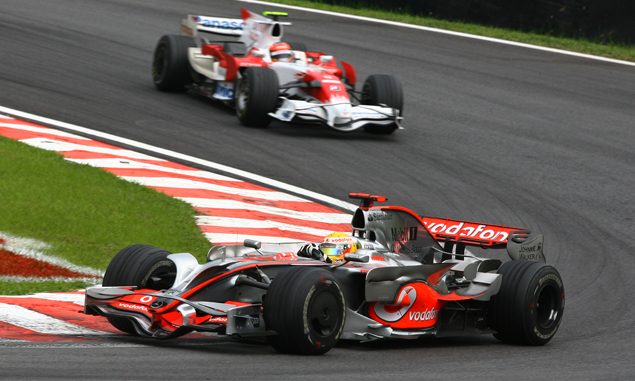 The 2008 Formula One season finale in Brazil probably remains one of the most thrilling and nail-biting title showdown in the sport’s 65-year history. Championship leader Lewis Hamilton entered the event with a 7-point cushion over runner-up Felipe Massa and only needed a fifth place finish to seal his maiden crown. But when rain came sweeping across Interlagos on race day, the Ferrari driver rose to the occasion on home soil, while the McLaren ace hung on for dear life in P5.

Two laps before the end, Hamilton ran slightly wide and allowed Toro Rosso’s Sebastian Vettel through. Massa took the chequered flag and was actually that year’s world champion for a handful of seconds until his British rival sailed past Timo Glock's struggling Toyota at the final corner and scampered away to snatch the title. Epic.

All the best Alex

Something on his mind?