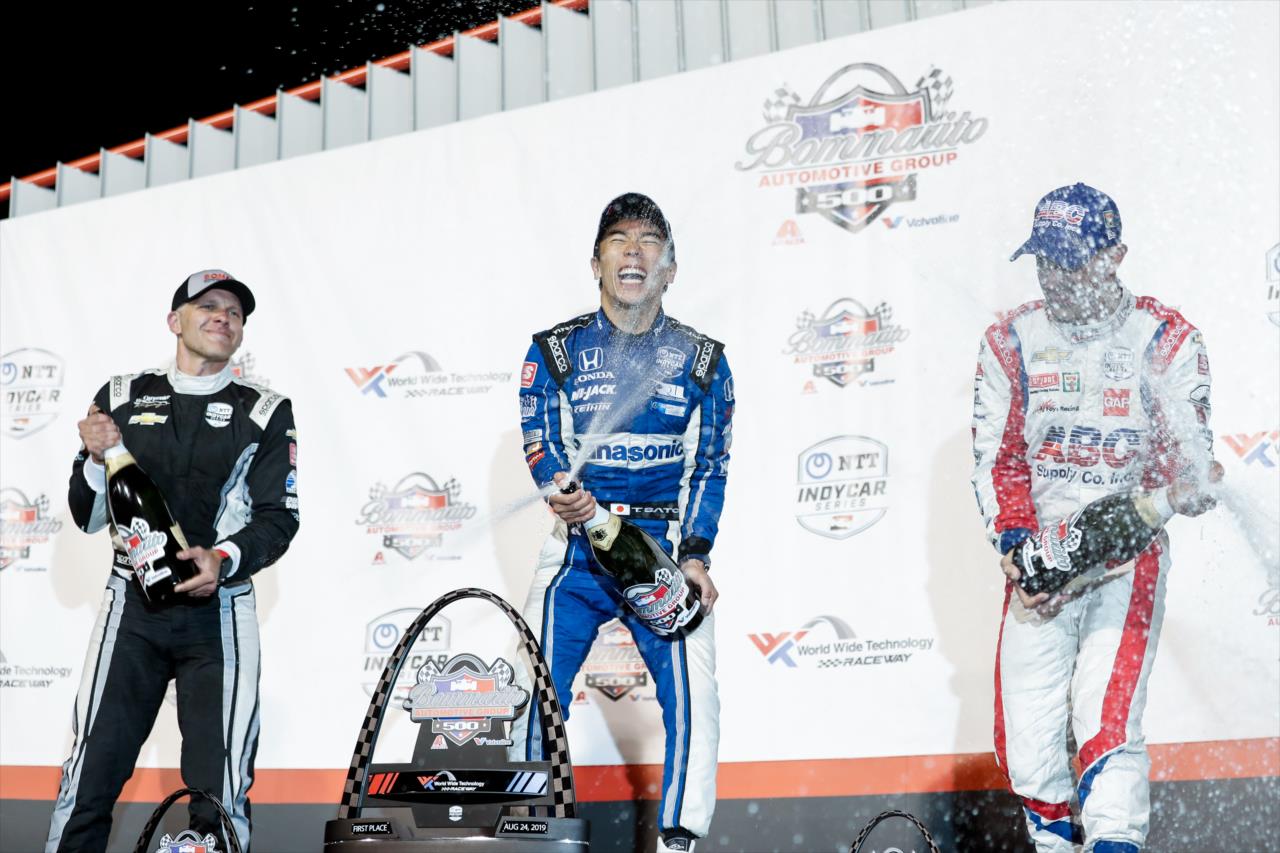 Saturday night's Bommarito Automotive Group 500 at World Wide Technology Raceway separated the men from the boys, literally, with a podium of oldies but goodies averaging 41-years-old!

But that was just the final oddity of an evening of insane racing that began with a multi-car opening lap contact that sent future winner Takuma Sato, who had qualified fifth, down to dead last.

The Rahal Letterman Lanigan Racing driver - unfairly singled out last week at Pocono as the culprit of the race's massive opening lap crash - restored his aura in Louisiana with an incredible last-to-first 248-lap run at Gateway's 1.25-mile.

Sato duked it out with Ed Carpenter in the final two laps, edging the 38-year-old oval specialist at the checkered flag by just 0.039s!

A.J. Foyt Enterprises' Tony Kanaan completed the veteran trio on the podium, charging all the way back from P20.

The mad dash to the flag between the front-runners wasn't the only drama that took place on the final lap.

Championship leader Josef Newgarden looked set for a fourth-place finish and reasonably good points haul but a brush with Dale Coyne Racing's always entertaining Santino Ferruci forced the Penske driver into a spin from which he salvaged a lowly P7 behind teammate and fellow championship contender Simon Pagenaud.