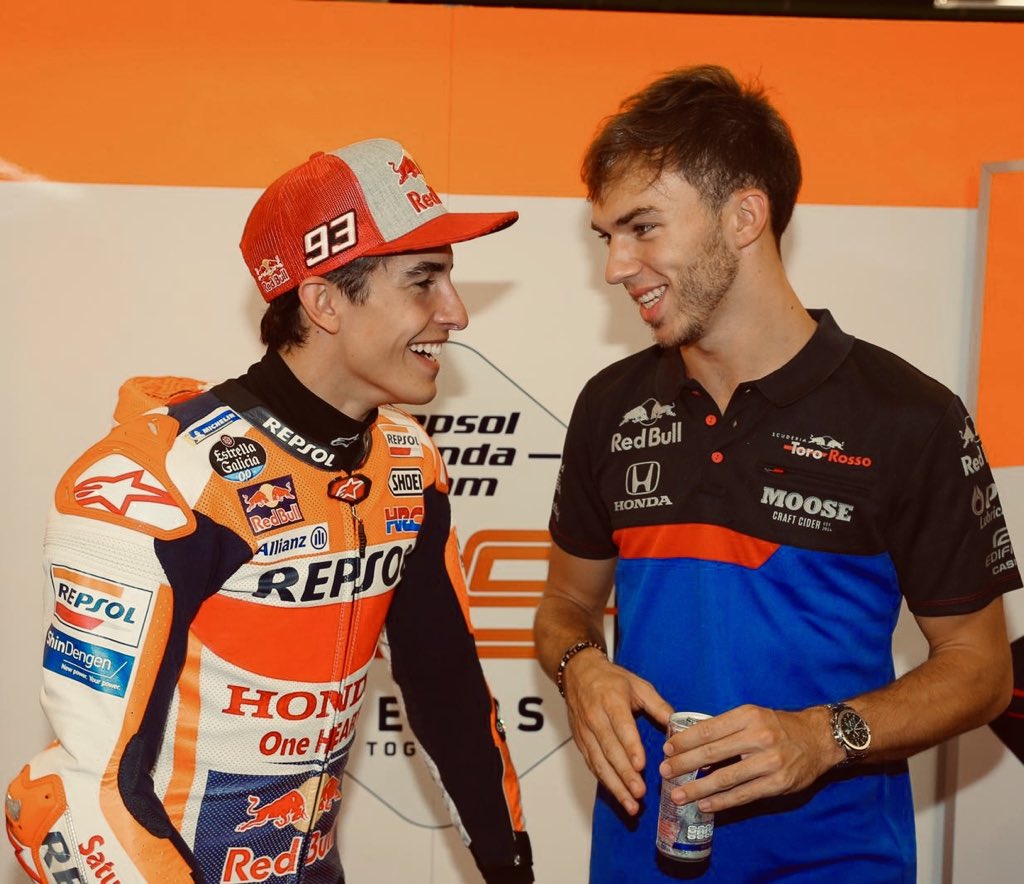 Before heading to Japan, Pierre Gasly enjoyed a stop-over in Thailand where the Toro Rosso driver visited the MotoGP paddock and offered his support to fellow Honda charger Marc Marquez.

Later in the day, the Spaniard sealed his sixth MotoGP title, with four races to spare, and Marquez did it in style after a scintillating battle with Yamaha's Fabio Quartararo.