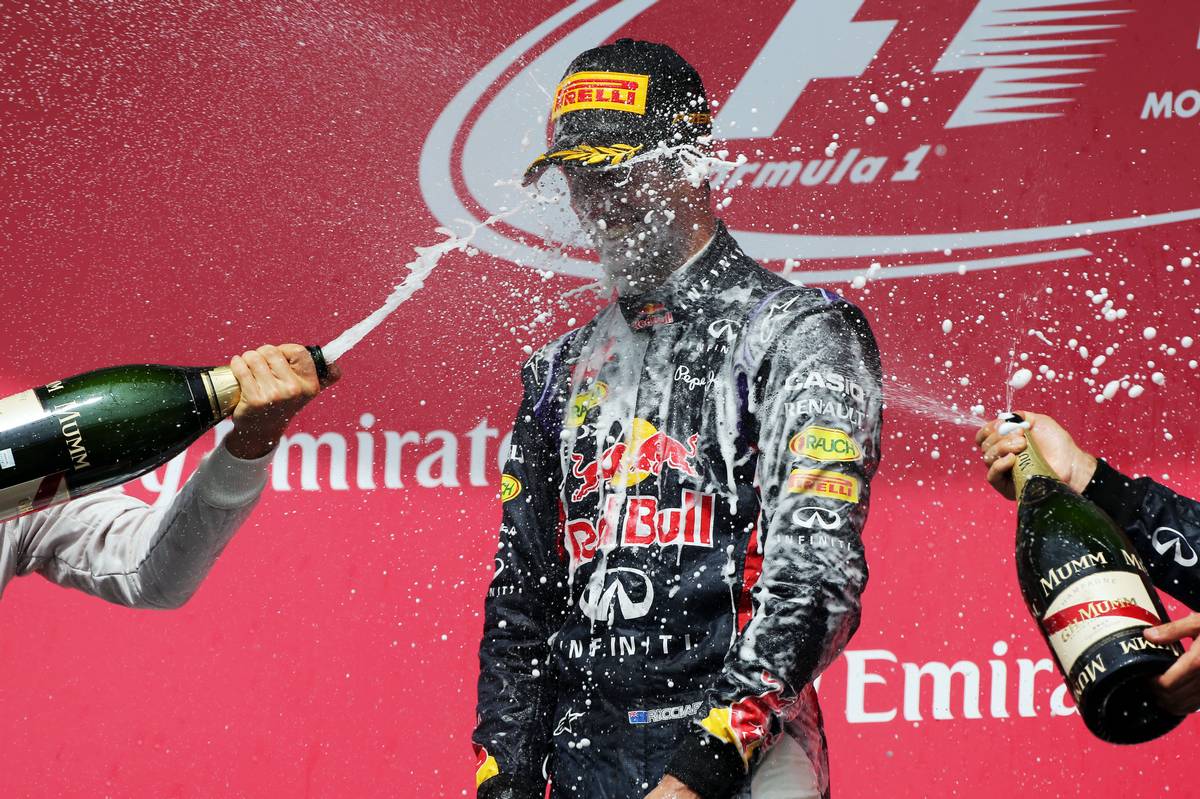 Daniel Ricciardo brought it home on this day in 2014, the Red Bull driver clinching his maiden Grand Prix victory in Montreal and he did it in dramatic fashion.

With three laps to go, the race looked like a sure Mercedes triumph with Nico Rosberg in command.

But Ricciardo - who had dispatched Force India's Sergio Perez for second place two laps earlier - hunted down and overhauled the German much to everyone's surprise, including the Honey Badger himself!

It was Danny Ric's day of glory! Good times...