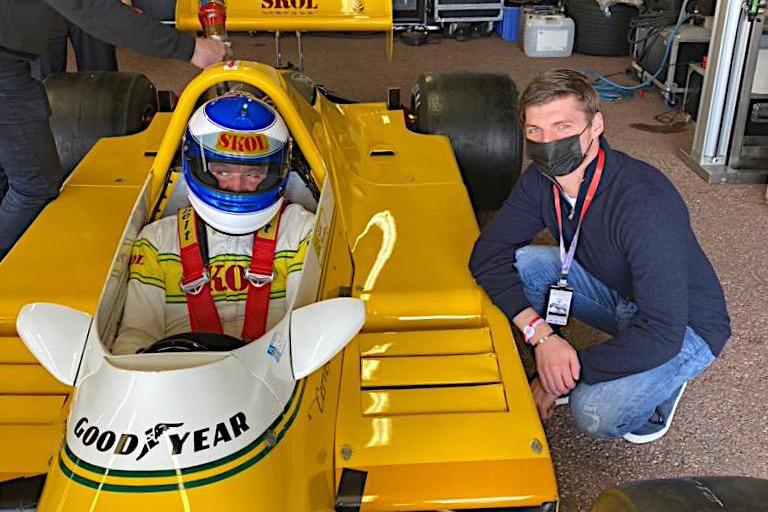 Max Verstappen was an interested onlooker on Sunday in Monaco, the Red Bull driver taking in the atmosphere of the Principality's Historic Grand Prix and dropping in on sponsor and F1 historic racer Frits van Eerd.

Van Eerd, the owner of Holland’s Jumbo supermarket chain, took part in the G Series event for F1 cars manufactured between 1977 and 1980 onboard his Fittipaldi F7.

However, if last weekend's Emilia Romagna GP winner offered his friend and sponsor a few pointers, van Eerd didn't have time to put them to good use, having retired his car after just two laps in the race.