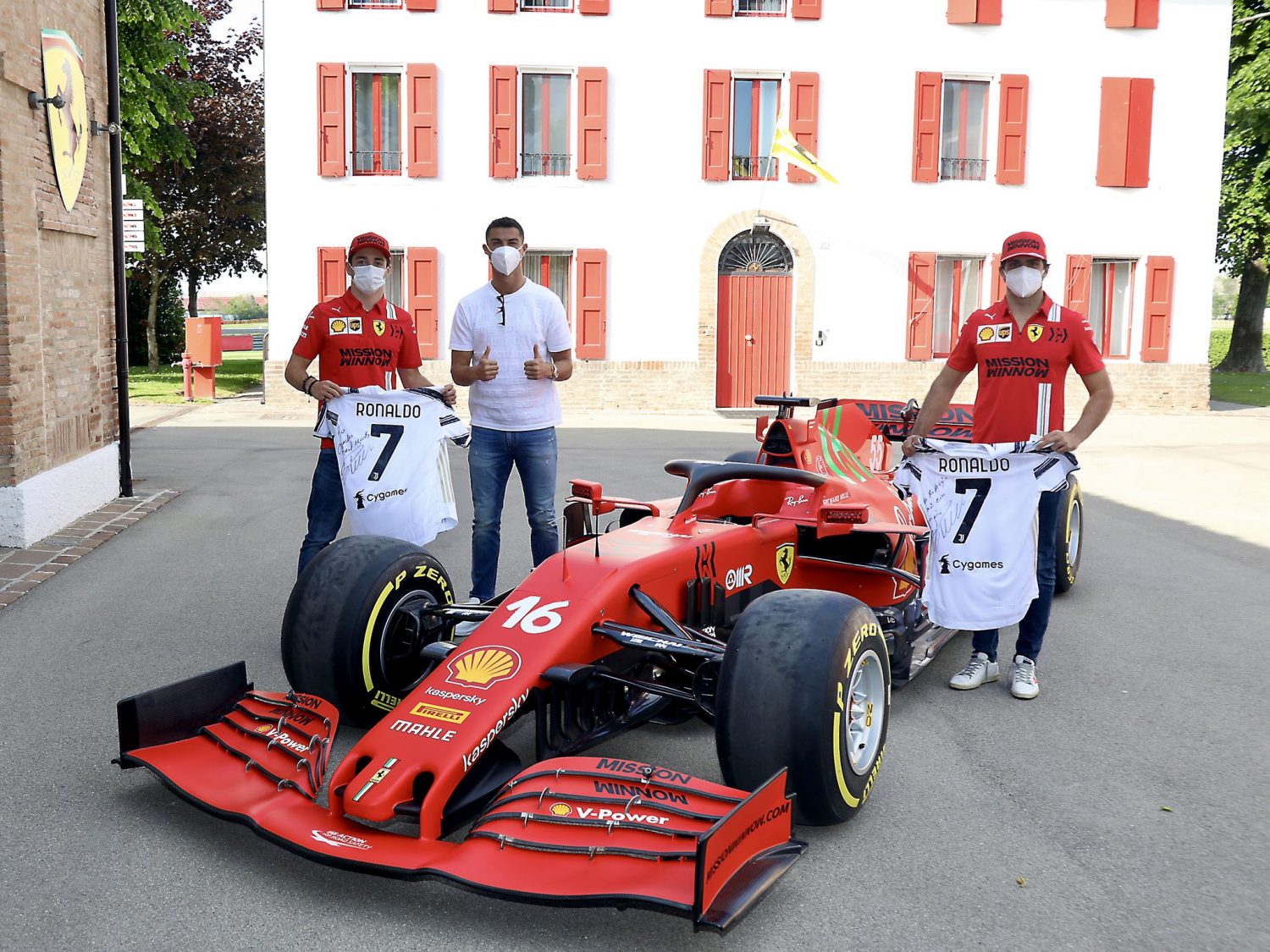 Juve's Cristiano Ronaldo dropped in on a pair of strikers of a different sort at Maranello on Monday.

The 36-year-old Portuguese football star is notoriously a Lamborghini man, but given the common Agnelli family ownership enjoyed by Juventus and Ferrari, Ronaldo was happy to pay a visit to the Scuderia's chargers.

And Charles Leclerc and Carlos Sainz were equally delighted to play the role of the consummate fanboys proudly brandishing a pair of signed jersey's gifted by a man arguably considered as the best football player in the world.

It's doubtful Ronaldo was gifted in exchange the Ferrari SF1000 seen here in the picture.

While he gladly accepted the footballer's jersey, Sainz would have perhaps preferred one from Ronaldo's former club, Real Madrid of which the Spanish driver is a most fervent supporter.

And now you know why Ronaldo is standing next to Leclerc!

When they forgot to tell Schumacher it was raining