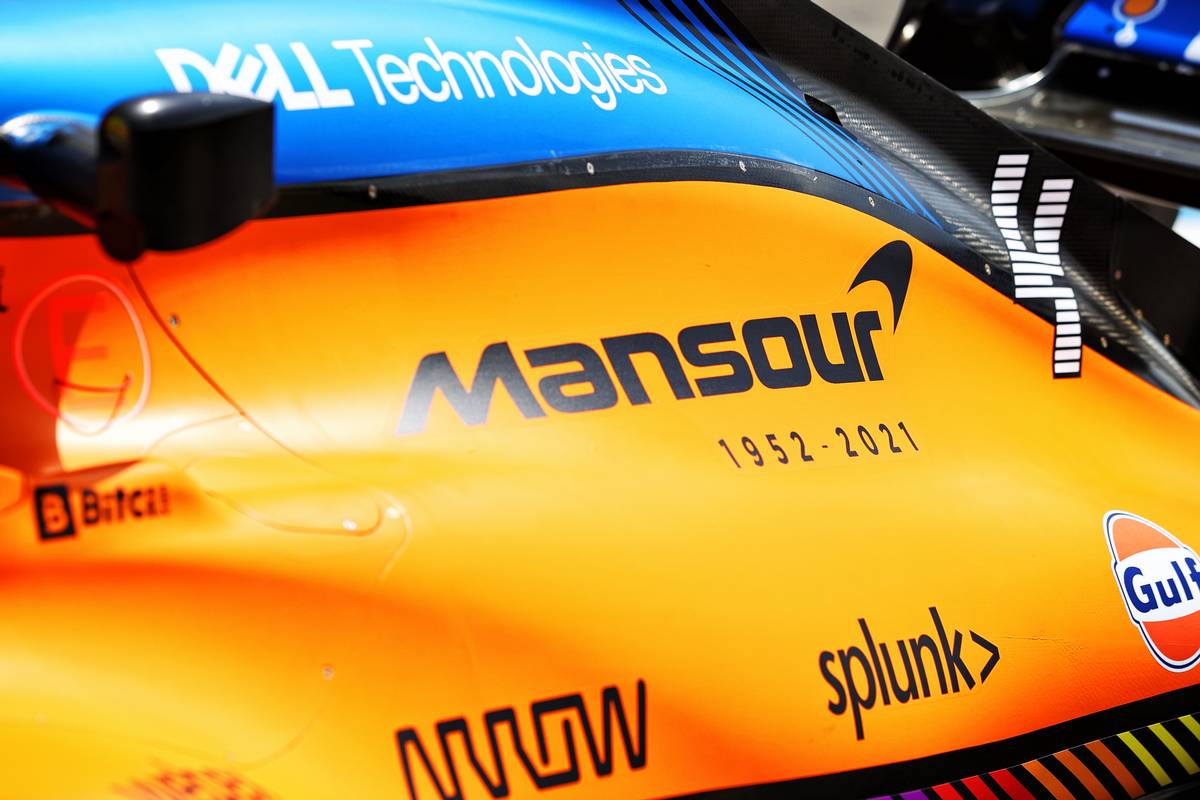 The McLaren team is racing in France this weekend with the memory of Mansour Ojjeh embedded on its cars and in everyone's heart.

The prominent McLaren shareholder, who was instrumental in ensuring the team's growth and success after its takeover by Ron Dennis in 1981, sadly passed away from illness earlier this month.

In honour of its loyal backer, McLaren has altered the team's logo on its MCL35M which displays a simple but heartfelt 'Mansour'.

Leclerc goes back to his roots with French GP lid