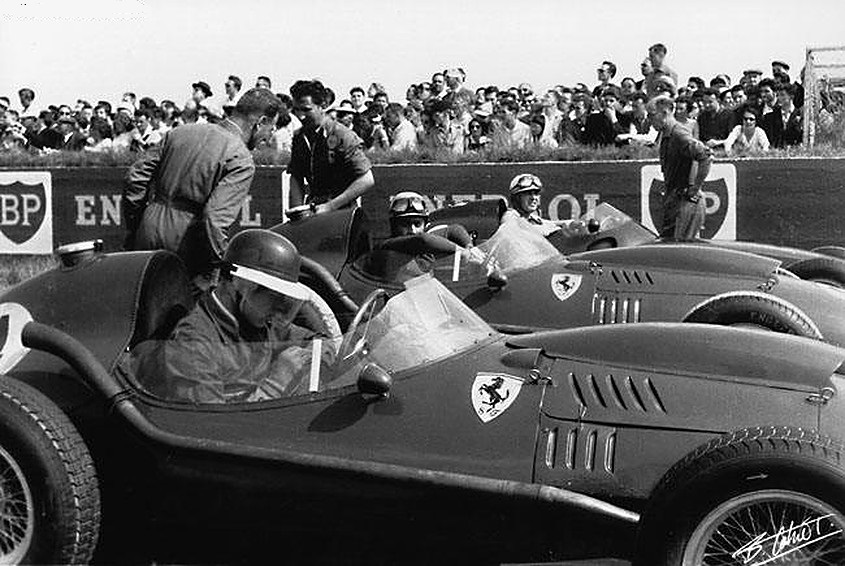 Future world champion Mike Hawthorn took his third career win in F1 on this day in 1958 at the French Grand Prix in Reims.

But it was a victory marred in tragedy for the Briton and the Ferrari team as teammate Luigi Musso had been killed while chasing down Hawthorn.

The Italian was closing the gap to the latter when he attempted to take the high-speed Gueux curve flat out only for his 246 Dino to spin off and somersault, flinging its unfortunate driver to his death.

In this picture from Bernard Cahier taken minutes before the race's start, poleman Hawthorn is sat on the front row alongside Musso and BRM's Harry Schell.

When the Ickx factor burst on to the scene