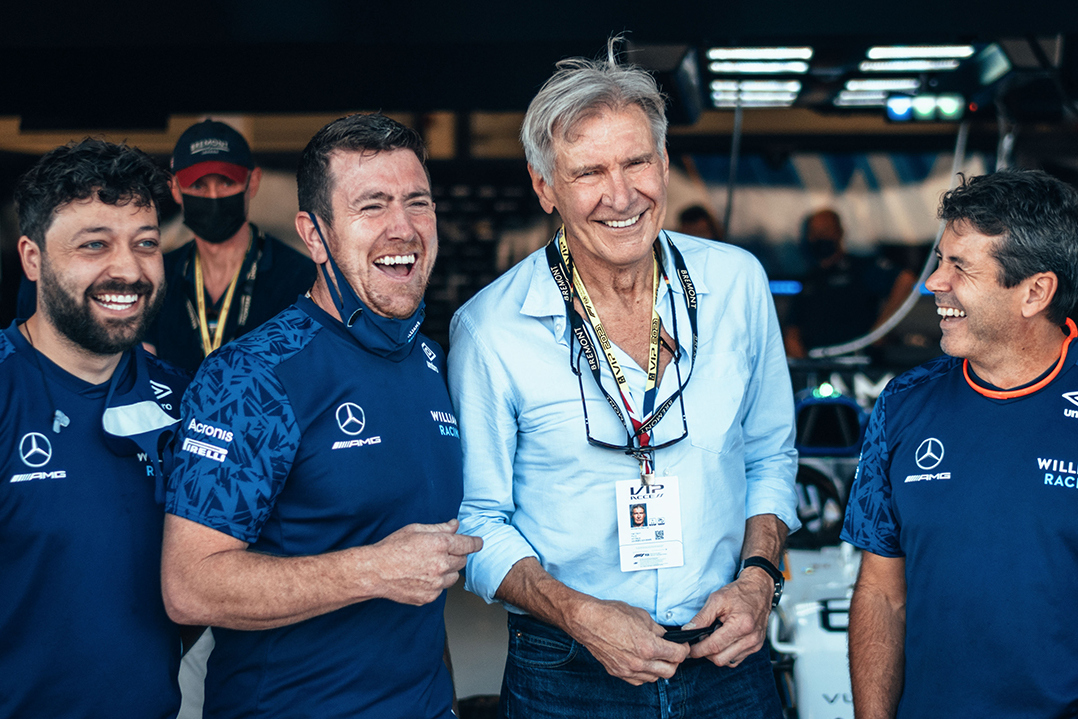 As a man who was no stranger to outrunning his pursuers in a different galaxy only to be foiled by bad luck, Han Solo – or rather Harrison Ford – was right at home with Williams at Silverstone.

The British outfit's garage was buzzing with cool as the Hollywood legend stood post during the British Grand Prix as the team's special guest.

A qualified aviator in his own right, and the legendary pilot of the Millenium Falcon, Ford might well have taken the FW43B for a spin on a different day.

Collins drifting his way to victory through Copse

Count on a deranged clergyman to spice up a race!