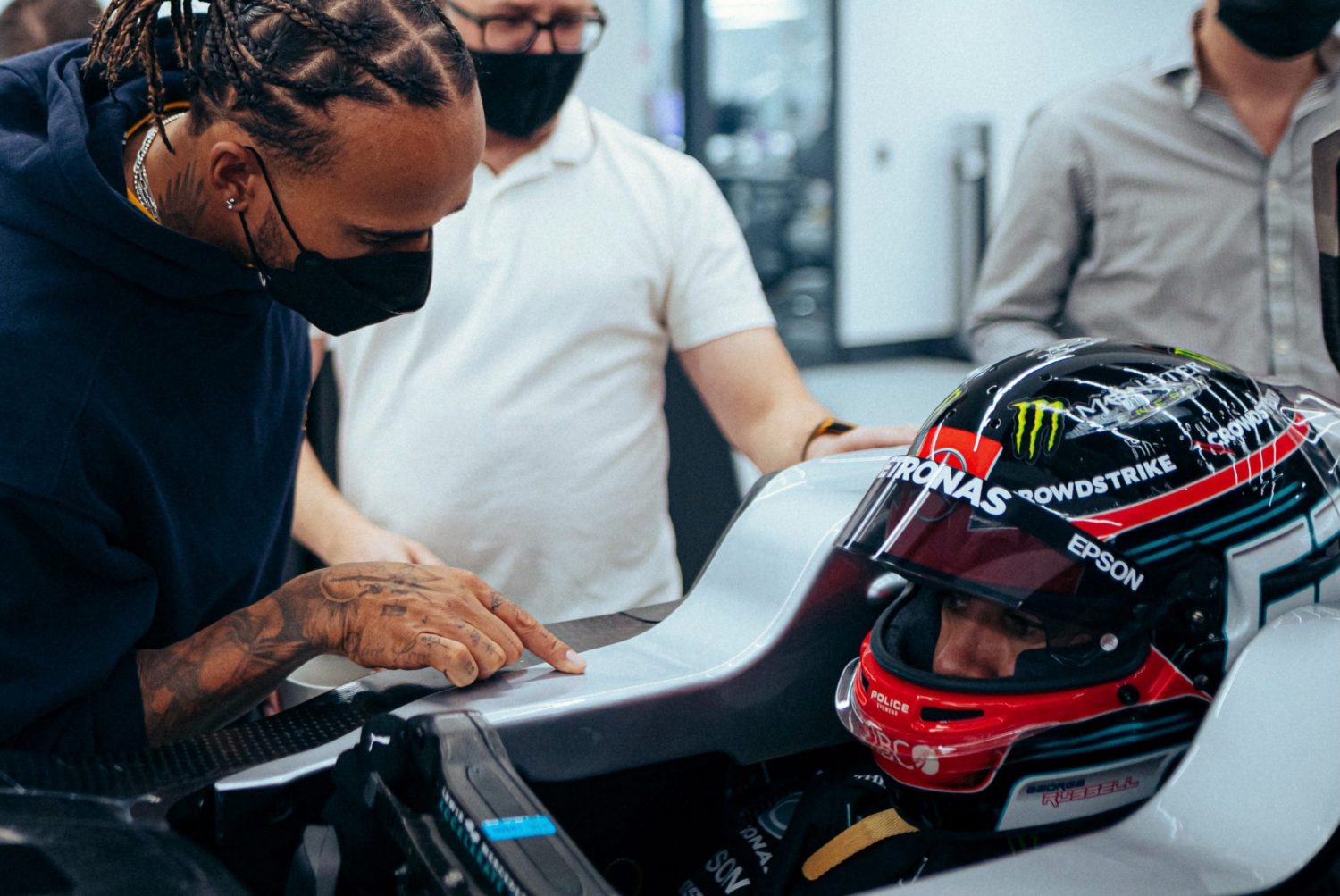 As preparations at Mercedes intensify ahead of the start of pre-season testing, George Russell underwent a final seat-fitting at Brackley under the watchful eye of Lewis Hamilton.

The seven-time world champion, who is undergoing his own preparations before he returns to the fray, was on hand to lend his new teammate a helping hand in settling in.
Today is a big day sitting in the W13 for the very first time in my brand new seat," Russell said in a video released by Mercedes.

"So fingers crossed I fit as snug as a bug in a rug, which is the plan and get ready to drive the car for the first time at Silverstone."

Hamilton and Russell will take the stage on Friday morning at Silverstone where Mercedes will unveil its 2022 contender, with the pair likely to indulge in a shakedown run onboard their all-new W13.