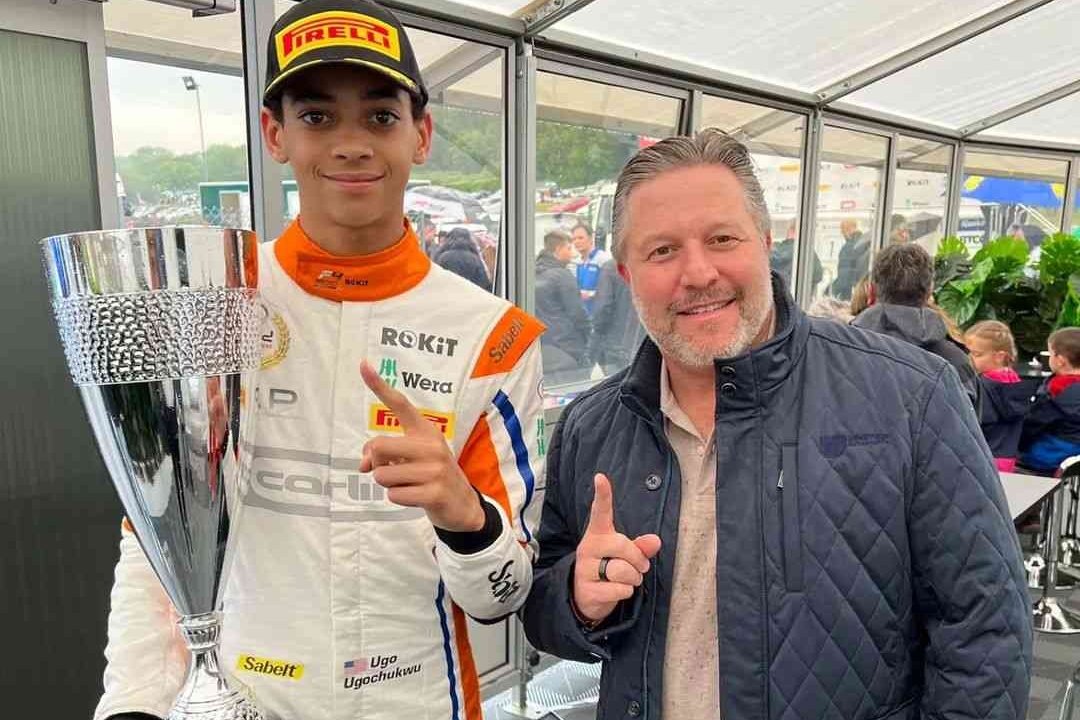 The American-Nigerian driver, who just turned 15, was competing in his third F4 event, having progressed to car racing this season after a distinguished career in karting.

"Superb drive by @ugougochukwu to take his maiden win in #BritishF4 in his second F4 race at #BrandsHatch," tweeted a proud Brown. "Even better to be there to see it! Good work Ugo 👏 🙌"

Ugochukwu is in good hands with his team, Carlin Racing, and Sunday was likely the first of many wins for the McLaren protégé.