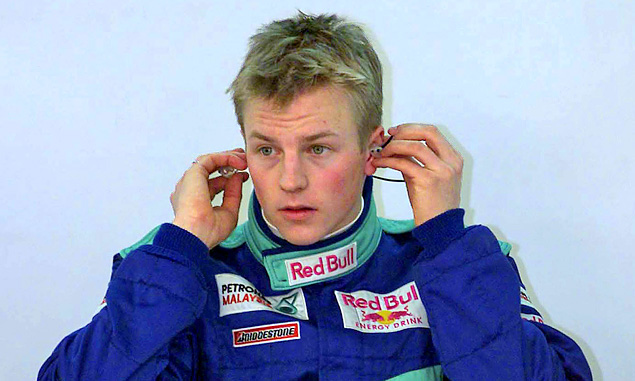 To celebrate Kimi Raikkonen's wedding to long-time girlfriend Minttu Virtanen at the weekend, we thought we'd tease him a little and look back to when he was just on the cusp of his Formula One career.

Yes, that really is a 21-year-old Raikkonen taking part in winter testing with Sauber in December 2000. He impressed team boss Peter Sauber enough to clinch a race seat with the squad the following year.

Many experts thought that Sauber was showing bad judgement signing up such a young and inexperienced driver to his team, but by the end of the season Raikkonen has picked up nine championship points in his rookie season - and no one was criticising Sauber's decision after that.

In fact Raikkonen's first season had been so eye-catching that Sauber's problem was warding off the team managers lining up to sign up the Finn's services for 2002. In the end it was Ron Dennis who won and duly signed Raikkonen for McLaren. He stayed there for five years before his switch to Ferrari in 2007 where a world title beckoned.

A dog's life for Nico