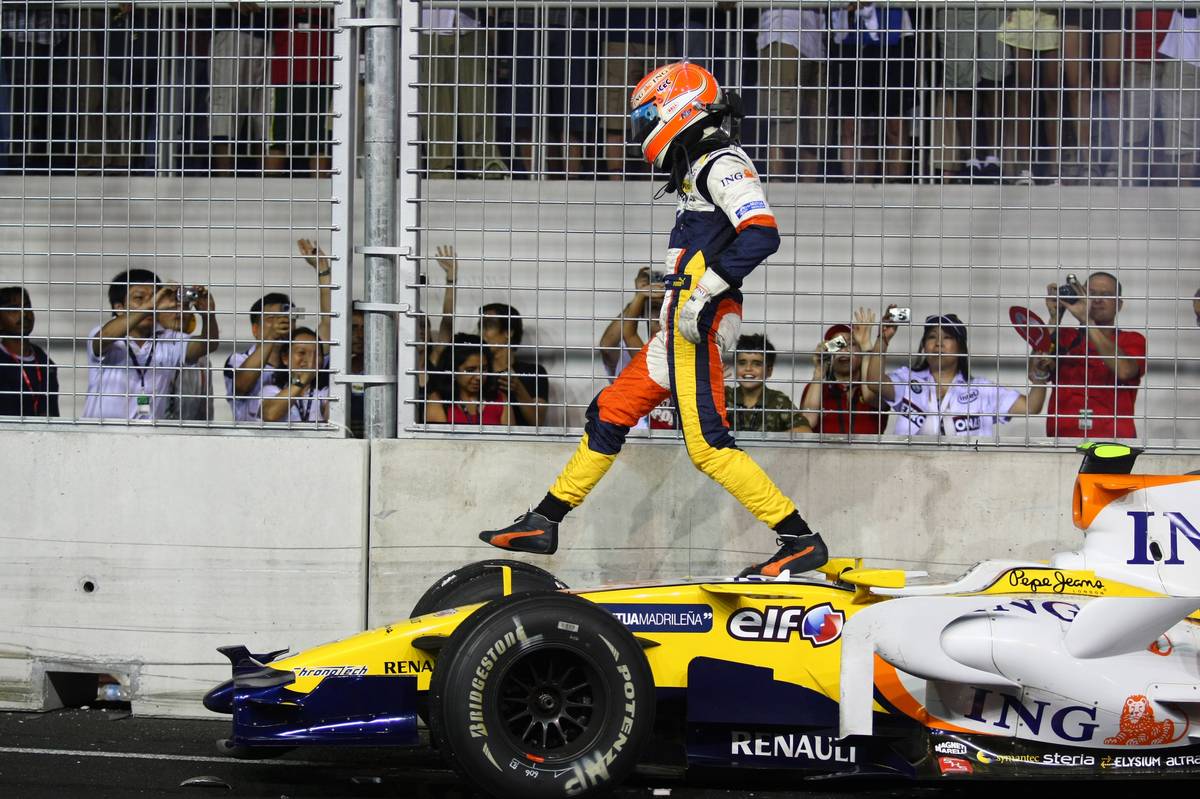 It all started with what looked like a trivial mishap by Nelson Piquet Jr., who had put his Renault in the wall on lap 13 of the inaugural Singapore Grand Prix held on this day in 2008.

The incident triggered a Safety Car that ultimately paved the way for team-mate Fernando Alonso - who had pitted moments earlier - to win F1's first-ever night race.

Piquet initially labelled the accident as a mistake but when the Brazilian was axed by the French team one year later he revealed he had been asked to purposefully ease his car into the wall to trigger the neutralisation, and lend a helping hand to Alonso.

The FIA launched an investigation into the allegations and eventually charged Renault with conspiracy, with managing director Flavio Briatore and executive director of engineering Pat Symonds both leaving the team shortly afterwards.

Briatore was actually banned indefinitely from any events sanctioned by the FIA, although the ban was later overturned by a French Tribunal de Grande Instance.