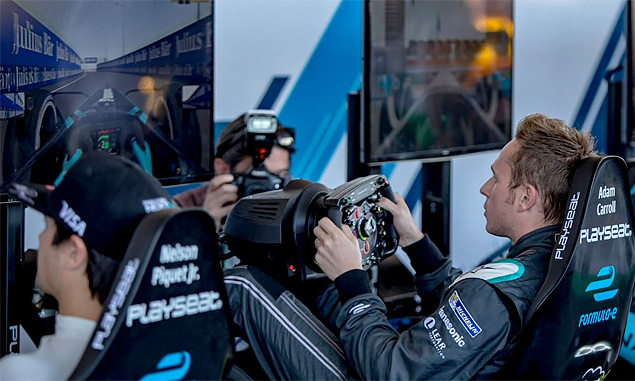 This weekend saw the inaugural Visa Vegas eRace held at the global consumer electronics and consumer technology tradeshow CES in Las Vegas, Nevada. Sim racers and their real-life Formula E counterparts competed for the biggest prize ever in eSports racing history on a virtual track based on the souther end of the Vegas Strip.

Northern Ireland professional racing driver Adam Carroll was among those competing, and here he is getting in some quality virtual practice time ahead of the event, alongside former Formula E champion Nelson Piquet Jr.

Unfortunately Adam was taken out of contention by an accident at the start of qualifying and failed to make it into the final. He had to join the rest of the huge crowd watching on from the hall (seen below, alongside his boss at Jaguar Racing James Barclay.) Despite missing out on the racing, Adam still seems to be thoroughly enjoying himself.

Piquet had better luck and went on to finish in tenth place in the final, which was won by Faraday Future Dragon Racing sim racer Bono Huis after a technical penalty for Mahindra Racing's Olli Pahkala. 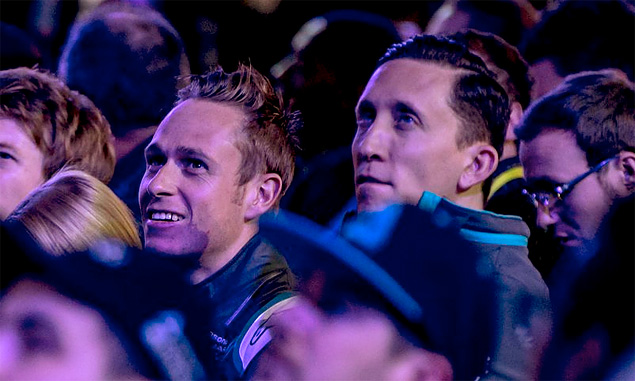 The day Lauda walked out on a whim