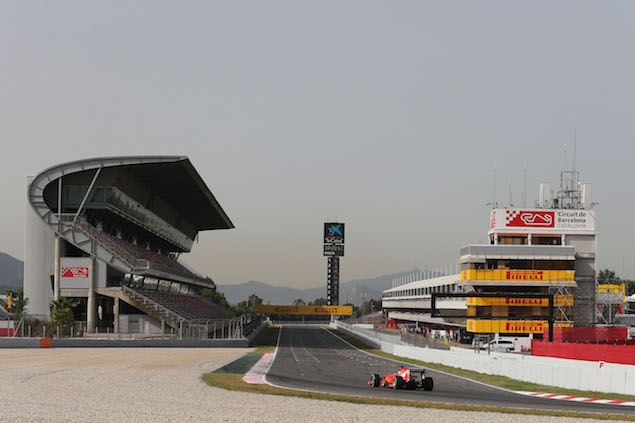 The first in-season test at Barcelona saw little in the way of surprises, but showed a major step forward for McLaren over the two months since the end of pre-season testing.

Mercedes was again top of the pile both in terms of the fastest lap and laps completed, with Nico Rosberg setting the pace on day one and going unbeaten. Jolyon Palmer’s place near the top comes courtesy of a supersoft tyre run late on day two, while Jenson Button similarly used the softest of Pirelli’s compounds.

A number of rookie drivers also took part in the test, and none looked out of place after solid outings for the likes of Nick Yelloly and Pierre Gasly, while Pascal Wehrlein, Alex Lynn and Esteban Ocon also showed their potential having driven F1 machinery before.

Below are the combined results in terms of lap time, with each team only running one driver per day as regulations prevent them from running more than one car at a time.

In terms of team-by-team mileage, Mercedes was predictably the busiest team, but McLaren’s improvement in terms of reliability was highlighted by its final lap total having been comfortably the least productive in pre-season.