In a principality famed for its casino, the Monaco Grand Prix had a late twist in the tale as Mercedes rolled the dice with race-winner elect Lewis Hamilton and saw the gamble backfire. F1i looks back at how the race weekend unfolded and opens itself up to future ridicule by checking just how accurate its podium prediction was… 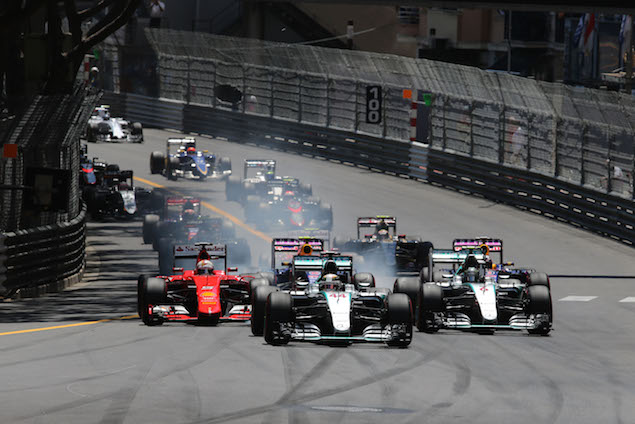 Hamilton had the race all sewn up after a dominant performance from pole position while Nico Rosberg spent the race fending off the attentions of Sebastian Vettel. However, a heavy crash for Max Verstappen at Ste Devote saw the safety car deployed and Mercedes opted to pit Hamilton, misjudging the gap and dropping the championship leader to third place. Rosberg went on to win from Vettel and Hamilton, while Daniel Ricciardo barged his way ahead of Kimi Raikkonen to take fifth behind team-mate Daniil Kvyat. McLaren also scored its first points of 2015 as Jenson Button came home eighth.

It’s going to Hamilton this weekend, who didn’t put a foot wrong in qualifying to take his first pole position in Monaco and was then in dominant form before Mercedes’ pit stop error. Hamilton can’t be 100% blameless in the decision to pit, and once third he seemed to give up hope of winning the race on track, but he was faultless until that point and realistically should never have seen his victory jeopardised.

Even for Monaco, there were a few standout moves and most of them came from Max Verstappen. While his race ultimately ended in a major accident following contact with Romain Grosjean, Verstappen had previously jumped Valtteri Bottas by following closely behind Vettel as he put a lap on the Williams. His best move, however, came on Pastor Maldonado in to Ste Devote, outbraking the Lotus in to the first corner and then running side-by-side despite the limited space. Verstappen moved ahead on the run up to Casino Square in what was an excellent piece of driving from both drivers. 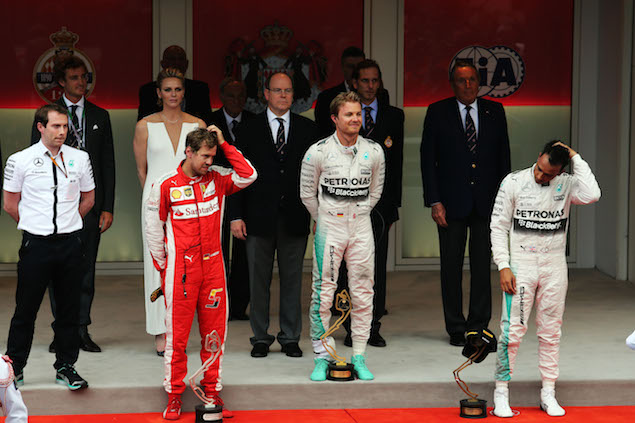