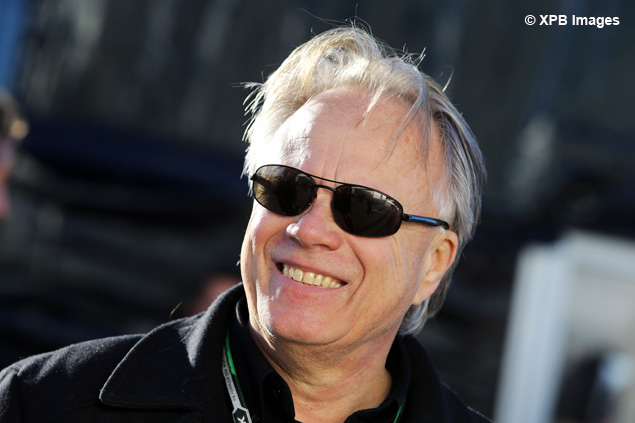 NASCAR team owner and US racing figure Gene Haas was in Jerez last Sunday along with engineer Gunther Steiner, who will serve as team principal at Haas F1 Team next year. Both came to southern Spain in order to keep a close watch on the opening day of Formula One winter testing. It’s been almost 30 years since a US team lined up on the grid – Shadow and Beatrice-Lola pulled out of the sport in 1980 and 1986 respectively – which already makes Haas F1 Team’s 2016 debut a much anticipated prospect. Building a Formula One team from scratch remains a very risky, if not impossible, venture, as it was recently highlighted by both Caterham and Marussia going into administration after a mere five years in the top echelon of motorsport. Why Gene Haas is willing to take on such a tough challenge thus remains quite an intriguing question. We took the opportunity to ask the US machine tool tycoon for an exclusive interview. Here is what he had to say.

What’s the current state of your preparations, exactly one year before the Haas-Ferrari F1 car is due to turn a wheel in anger for the very first time?

Our preparations are going well. Unlike what I’ve read here and there, we have not bought out Marussia F1 Team, nor acquired the intellectual property of their 2015 chassis. We’ve only purchased the Banbury factory close to Oxford, and renamed it “the Haas building” in order to avoid any confusion. Since early January, we’ve had around 50 people working over there. They’re currently transforming and renovating the building so that it can meet our specific demands. We’ve also bought out the racing simulator. Meanwhile, we are working closely with both Dallara and Ferrari to commence aerodynamic studies. We’ve employed Italian engineers to design and build a 60% scale model for the wind tunnel, while also renting sessions inside Ferrari’s ‘Galeria dell’ vento’ at Maranello. 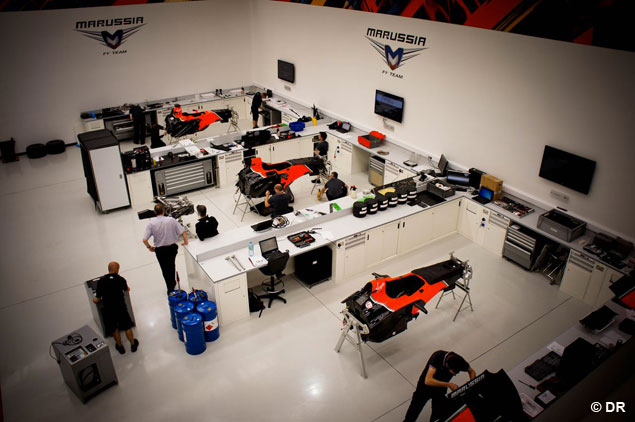 Former Marussia buildings are being renovated to host and exploit the future Haas F1 Team.

Will the car be built in the US or in Europe?

We are subcontracting work to Dallara. Before employing our own crew, they've outsourced staff members to us in order to save time. We have a pragmatic approach, very American actually, which is probably a better way of managing an F1 budget than what’s done in Europe. The design department will be based at our Kannapolis factory near Charlotte, North Carolina. Massive work is being conducted over there to install the required facilities. Stewart-Haas Racing, our NASCAR team, has been on site for many years and so has the Windshear wind tunnel we own. The future Haas F1 car will then be designed in the United States, but it will be assembled at our Banbury headquarters in Europe because this is where the qualified staff and technical suppliers are. 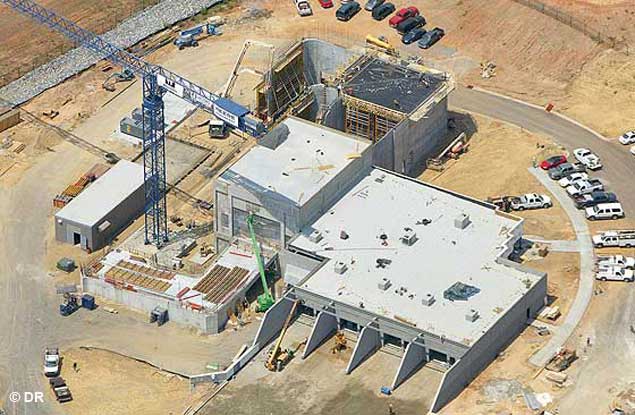 Construction of both the Haas F1 factory and windtunnel is almost finished in Kannapolis, North Carolina.

When do you expect to be fully operational?

We should increase the pace and gain momentum over the summer when we enter the car’s conception phase. The process will start in America under the stewardship of [Stewart-Haas Racing technical director] Matt Borland, and then move to Europe, with Gunther Steiner taking the reins of the project. We are planning to shake the car down in December, but it probably won’t make its official track debut before winter testing in 2016, exactly 12 months from now then. So far, we have managed to follow our programme to the letter and should meet all of our deadlines. Of course, there are always obstacles to overcome, but our task should be made easier thanks to the partnerships we enjoy with Ferrari and Dallara. We should also benefit from having a well-located factory in the United Kingdom. 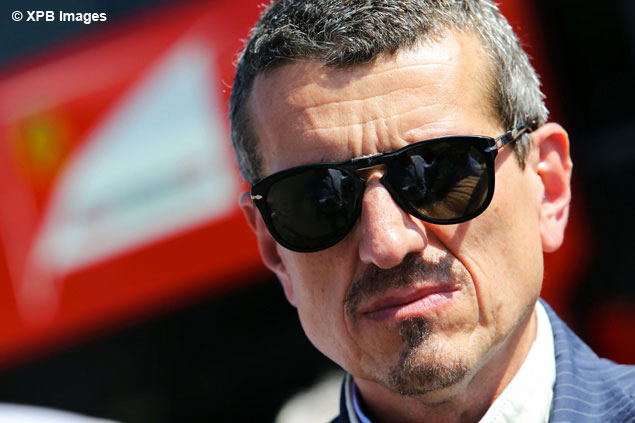 Are you pleased with what you’ve seen at Jerez?

It always feels nice to immerse yourself in the F1 atmosphere at a racing circuit. Gunther and I have been invited by Ferrari, and I must admit that I’m indeed quite happy with what I’ve seen. The SF15-T looks to be a thoroughbred car, which is quite important because we’ll rely on Ferrari to provide us with many different components next year: power unit, energy recovering systems, control electronics, transmission, etc. Several FIA rules are bound to become more flexible in 2016, and we’ll strive to make the most of our technical partnership with Ferrari. However, Haas will remain a manufacturer in its own right since we are building the chassis ourselves. On another note, I really like the sound of the turbo-charged V6, even more so with the car running like a clock here. But let’s not get too much ahead of ourselves. Lap times don’t mean anything in winter testing, with cars carrying different fuel loads and using different tyre compounds. 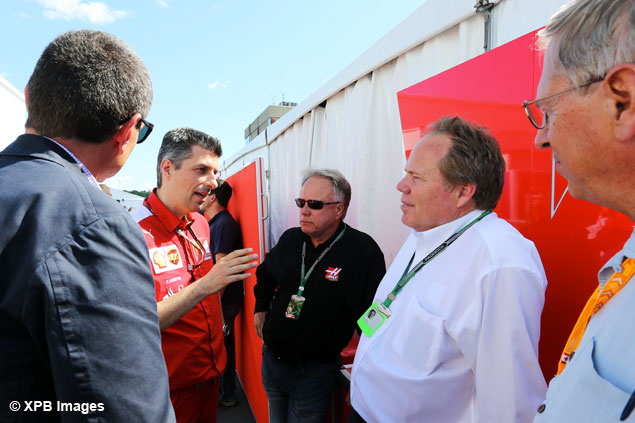 Collaboration between Haas and Ferrari will be as close as possible, in the interest of both parties.

Final but inevitable question: how about your future driver line-up?

There’s a time for everything. We’ll see how the market changes by next summer. We’ll need an experienced driver who knows the current F1 cars, ideally someone racing in 2015. Alongside this veteran, we’re ready to promote a rookie, but it does not have to be an American driver. Of course, should a US driver meet our selection criteria, we’ll have a close look at his pedigree and credentials. He could initially serve as our reserve driver; we’ll make him learn the ropes in F1 and get him accustomed to European racing. I won’t give you any names yet because I don’t even know myself who our drivers in 2016 will be. Right now, I am more focused on hiring engineers and technical specialists. Driver selection will come later.

A closer look at the SF15-T