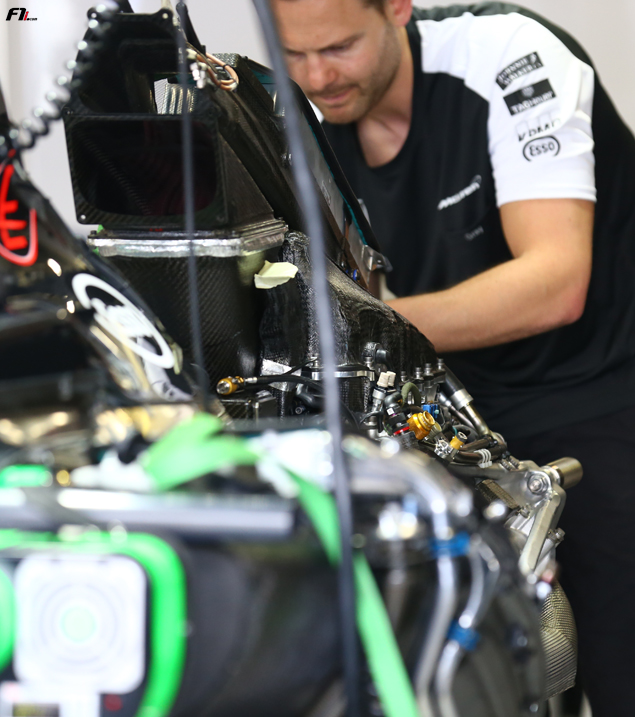 1 — Some of Ferrari and Honda’s chips are down

Engine manufacturers Ferrari and Honda both used their first development tokens in the lead up to last weekend’s Canadian Grand Prix in an effort to upgrade their power unit. With the FIA only disclosing the number of tokens each supplier has spent, finding out which area they’ve actually worked on narrows down to educated assumptions.

It looks like Ferrari has developed its internal combustion engine (ICE).

It is rumoured that the upgraded 059/4 power unit boasts some 15 extra ponies. Last Sunday, Sebastian Vettel certainly was among the fastest on track, as he went 341.4kph through the speed trap. However, both SF15-Ts ran into some kind of trouble at Montreal – an ERS-related problem on Vettel’s car during qualifying, a spin for team-mate Kimi Raikkonen on race day – which prevented Ferrari from showing how much progress it had made.

At Honda, both Fernando Alonso and Jenson Button had their turbocharger and MGU-H replaced on their power unit on Friday. We can therefore assume that the Japanese manufacturer has used its two tokens on these upgraded components, even more so when Honda’s woes in that field have been well documented since the season’s kick-off.

Away from the limelight of these two much talked about evolutions, Mercedes has quietly improved its own hybrid V6 unit too. The championship leaders introduced their second engines at Montreal – the first units ran for six trouble-free Grand Prix weekends! – yet Mercedes did not spend any tokens. Indeed, the upgrades were targeting reliability improvements, and these come as “free” by virtue of regulation. The PU106 can now be used more aggressively while also featuring better ERS cooling, which grants some extra horsepower to the engine.

Scene at the Canadian Grand Prix