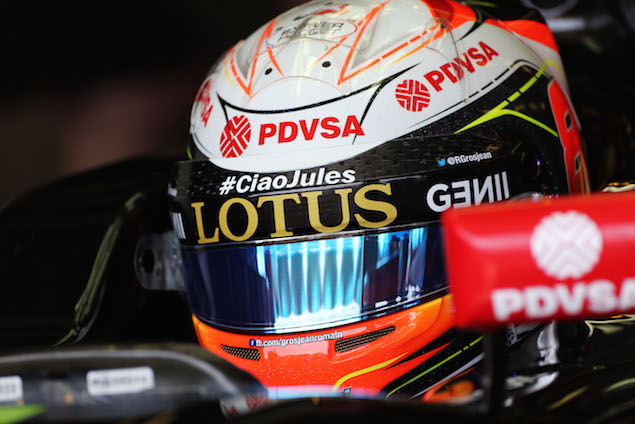 Jolyon Palmer: “That wasn’t the fullest FP1 session I’ve participated in and of course it was frustrating to be all ready to go but these things happen. I think the team is reasonably well placed for the weekend and the car looked quite good on track during the afternoon. It’s very hot here in Budapest so that could mix things up a bit tomorrow in qualifying and on Sunday for the race.”

Romain Grosjean: “It was a reasonably straight-forward FP2 for me and even though we didn’t end the session where we’d like to be on the timesheets, there’s decent pace in the car and it feels pretty handy around the Hungaroring. There were hot conditions this afternoon which obviously has implications for tyre performance and is something we’ll be looking at for qualifying and the race. I’m pretty sure we’ll be quicker tomorrow.”

Pastor Maldonado: “For sure it was something of a mixed up day, but it was good to get some decent laps in the afternoon and make some progress with the set-up of the car. The Hungaroring is always a challenging circuit and I think there’s more to come from us this weekend. At certain times during the afternoon session we looked pretty competitive, but you never know anyone else’s programme. Tomorrow will be interesting, especially as qualifying position is so important here.”

Alan Permane, Trackside Operations Director: “This afternoon we were able to complete extensive run programmes with both Pastor and Romain which meant that the limited running in the morning was not as much of an issue as otherwise. It was unfortunate that Jolyon didn’t get many laps in the morning, but he did everything he could in the circumstances. We have some work yet to do on set-up but there’s good scope for improvement.”