F1i learns about F1-standard simulation and why it is so helpful to teams before having a go at a lap of Spa-Francorchamps, with entertaining results... 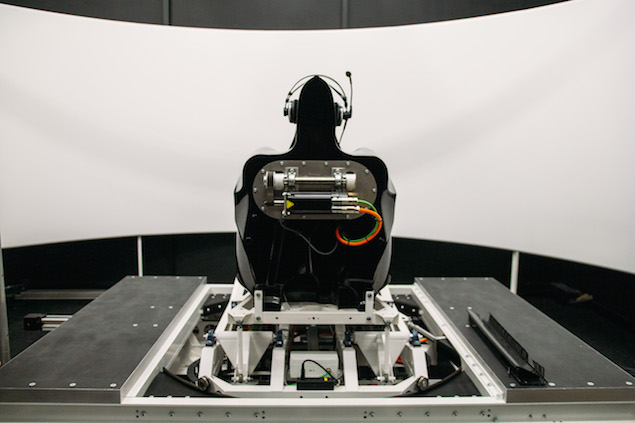 Simulation in Formula One is big business. The heavy restrictions on track testing has accelerated the move, but as technology advanced the emphasis on simulation was always going to increase.

While a team may spend half an hour during a test day making set-up changes and then head out to complete a run with the car in that specification before returning for feedback and more time making changes, a simulator allows such tweaks to be made instantly and also removes the variables such as track temperature, wind speed and direction. Even dialling out fluctuations in areas such as grip levels can give a more accurate comparison of car changes.

A huge amount of work goes on away from the race track for F1 teams, but what does it take to create a simulator fit for the pinnacle of motorsport?

F1i was invited to Ansible Motion at the Hethel Engineering Centre in Norfolk to see just what is in offer to teams. With a number of current F1 clients (which cannot be named for confidentiality reasons) as well as former users such as Caterham, Ansible Motion has been successfully breaking in to the motorsport world since it was set up in 2009. 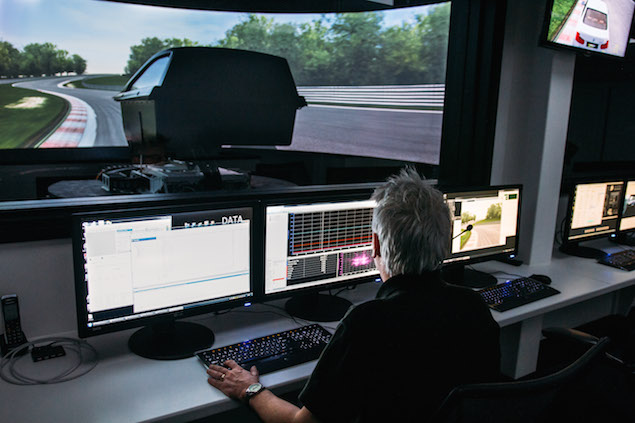 Focusing on ‘Driver-in-the-Loop’ simulators, Ansible Motion was founded by Kia Cammaerts, who has previously been an aerodynamicist with March and Team Lotus as well as a consultant engineer for the likes of Jaguar and Red Bull in F1.

“The only thing you’ve got is driver fatigue, and the driver is going to be less fatigued than going round in 40C and having to fly places and having to drive places. So the lab-like conditions, repeatability and accuracy of the experimental conditions are key to the whole process. If you consider it an experimental technique it’s idealised because of that.” 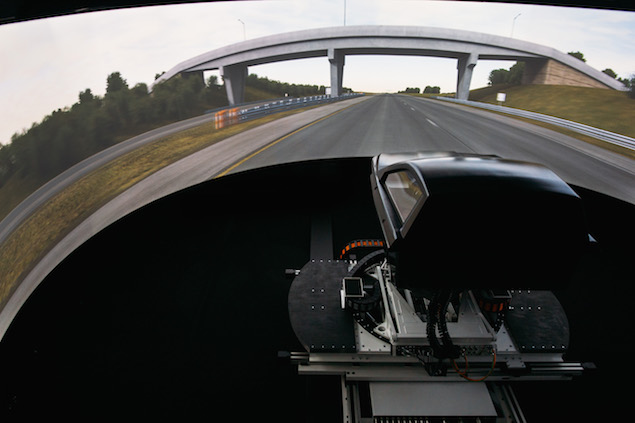 Ansible Motion offers engineering class driver-in-the-loop simulators, which takes a stratiform approach rather than the hexapods which were initially used for simulation. Put simply, the stratiform architecture allows a full range of movements on top of another - for example, being hard on the brakes and turning in - which delivers more than 11 motion axes, meaning drivers are fully immersed with motion, graphic, haptic and audio cues.

It’s these vestibular cues which Cammaerts believes sets the Ansible Motion approach apart from existing F1 simulators. Essentially, customers - including F1 teams - develop their own vehicle model which can then be used in the Ansible Motion sims. With 16 PCs running the simulator, an 8 metre diameter wrap-around screen and a projection system five times more powerful than a cinema, it’s a surprisingly compact set-up for such a complex piece of kit.

“We deliver basically bespoke systems,” Cammaerts explains. “We don’t really have a product, every customer wants something different so we’ll build the system to their requirements. 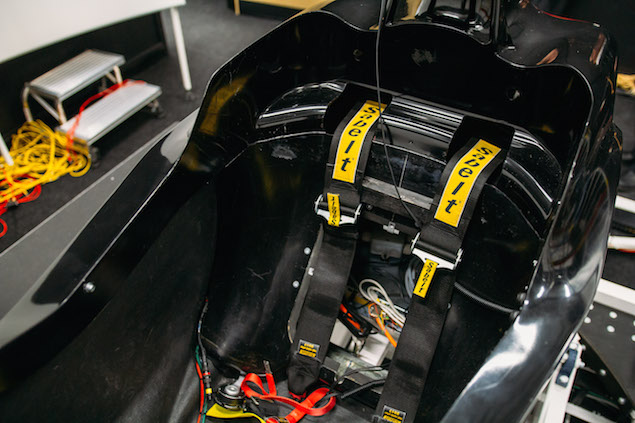 “Typically with most of our motorsport customers, because they have quite an aggressive technical approach, once they’ve bought in they just can’t wait. Once they’ve bought in to this, they want to be having it and they want to be using it. We end up doing quite a lot of pre-delivery operational work with them on one of our R&D machines, because they will just come out and start developing their models.

“What is typical is the vehicle models, if they’ve not been developed on a proper motion system - and if you buy one of our systems almost by definition you've either had no motion or you’ve had substandard motion - the models won’t be as good as you think they are. Tyre models in particular will be nowhere near.”

Honing that model is what is so important. Cammaerts says an experienced driver will quickly notice weaknesses in a system, so Ansible Motion has moved to reduce latency as much as possible to ensure the driver is reacting to the car model’s performance rather than the system itself. Anything else can lead to motion sickness and an experience too distant from reality to be as effective at narrowing down potential solutions for teams. 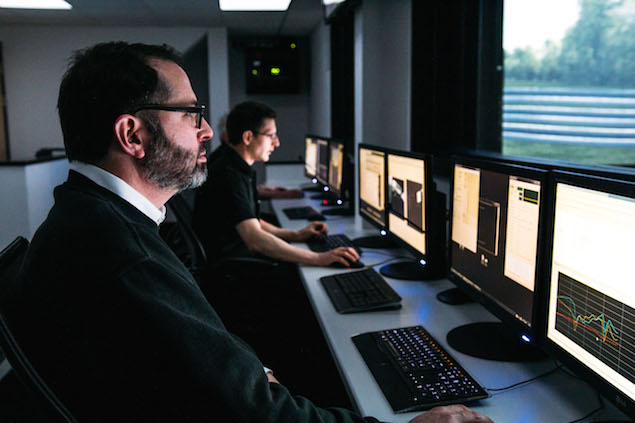 While a team can never verify car performance without track running, such sophisticated simulators allow drivers to provide feedback to engineers to aid development directions because they can feel how the vehicle model is reacting. Simulation is not set to completely replace any part of car development, but it can become an even more influential part of the process.

“You have a big grid of all the simulation technologies, driver-in-the-loop is a very important one and it might be the last one in the chain before you make the car, but there are a lot of things you have to do before to get the experiments that you put in to the driver-in-the-loop system,” Cammaerts says.

“We have the same approach as an F1 team would have internally. It would just acquire the expertise, do the project, solve every problem and it would have to be the whole thing because until it’s a whole thing it doesn’t work.” 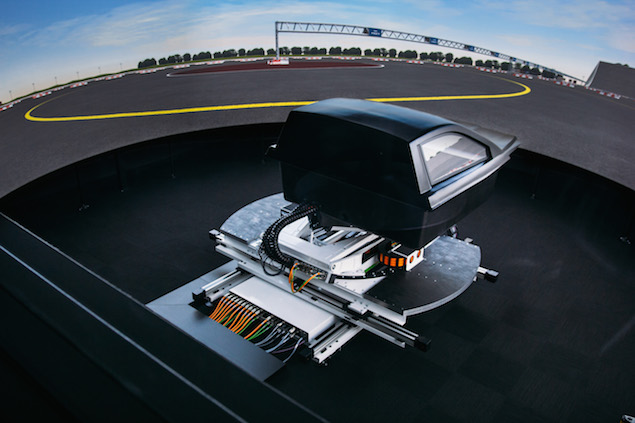 Naturally, F1i had to have a go. First up was some basic handling tests which included driving in concentric circles until the point you can feel the front wheel drive car starting to understeer. Having proven some form of competency, with the Belgian Grand Prix next on the calendar I was sent out on a lap of Spa-Francorchamps. Full of confidence after a fairly solid out lap, I settled down for a flying attempt.

Fortunately, there was no team in position to evaluate my performance as I went too deep in to La Source and then tried to make amends by nailing Eau Rouge / Radillon. Perhaps one downside of a simulator is a rookie’s lack of respect for the laws of physics, and I duly took too much speed in to the corner, understeered wide and quickly found myself in the barrier.

Immersed in the simulator experience, there was a genuine moment of worry as I headed for the barrier, unsure how the car would react. Predictably I wasn’t actually turned upside down like the simulator suggests, but it made for an entertaining reaction on video…